How to Cook Agar Agar Recipes

Did you ever learn how to cook agar agar recipes? I received a question the other day about these recipes. My first thought was “What is agar agar?” I would have to find out what is agar agar before I could possibly help with this question.

After a little research, I found that agar agar is like unflavored gelatin and used in the same way, as a thickener and stabilizer. It is sold in health food stores in flake and powder form. The difference is that it is made from seaweed, a plant base instead of animal base like gelatin making it a great vegan substitution. Through the years it has been used all over Asia especially in desserts. It melts at a higher temperature than gelatin so when you are learning how to cook agar agar recipes, you will be instructed to bring to a boil and then simmer.

The question that I received was about a pineapple mold made with milk, sugar, cornstarch, agar agar and pineapple. The problem was that it didn’t set up right. It was more like a pudding. My first thought was “Why would you use agar agar with cornstarch?” They both thicken but with different results. I use cornstarch when I make puddings and custards; I would not use cornstarch in a gelatin recipe or congealed salad recipes in which I use gelatin. 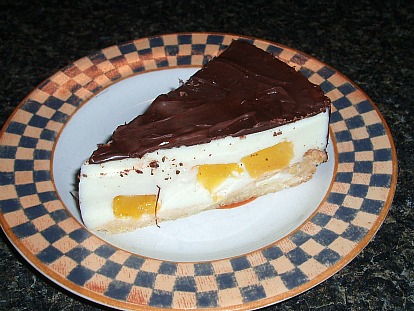 How to Cook Agar Agar Recipes

My research also showed that acids weaken the gelling effects of agar agar. When you are learn how to cook agar agar recipes, fresh fruits should not be used in them. The acid in fresh pineapple is very strong so this could have added to the problem with the setting. When I run into a problem like this my curiosity begins to get the best of me; especially when it is a new ingredient which I know nothing about. I knew I had to work with this. I made a trip to the health food store and purchased some agar agar. I was surprised, to me it was very expensive; almost $8.00 for 6 tablespoons.

I returned home and tried to copy the recipe which was described to me; a cookie crust, creamed congealed mold and then covered with melted chocolate. The following is my recipe. Although I used dairy products, you can make vegan substitutions to make vegan recipes. I decided to leave out the cornstarch and use canned pineapple in the recipe instead of fresh pineapple. My final product turned out good; it set up nicely but I thought the agar agar produced a little too much toughness.

HOW TO COOK AGAR AGAR RECIPES for DESSERT

Milk all the ingredients together and press into bottom of pan.

Place in oven and bake until crust is brown; about 25 minutes.

Remove from oven and let set until cold.

Pour mixture over the crust and refrigerate until solid.

Remove from refrigerator, place hot wet towel around pan, run a knife around pan to make sure it is loose and then remove pan sides.

My conclusion to agar agar recipes: I liked working with this ingredient and I understand why it is a good ingredient for vegans. It sets up more firmly than gelatin and it will even set up at room temperatures. It would hold up longer than gelatin say for instance if you set agar agar recipes on a buffet for hours. I, however, would not use it in place of gelatin; I like the texture of gelatin more. To me gelatin does not produce the toughness like agar agar. 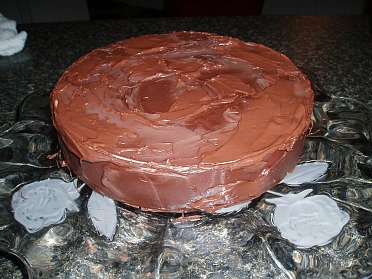