How to Cook Pork

When learning how to cook pork, it helps to know that pork is the flesh and fat of a pig or hog. As with other animals, different parts of it when dressed take on different names. A couple weeks ago I ordered a butchered hog and I picked it up this week. First I picked up the sausage meat because I did not want it frozen. Although the butcher shop has deliciously seasoned sausage, I wanted to season my own. Have you ever tried to season and blend about 35 to 40 pounds of ground meat? What a job! 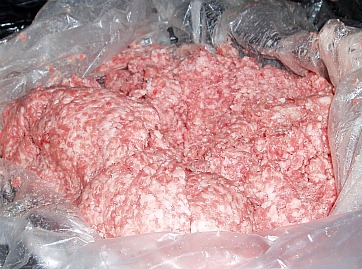 How to Cook Pork

Yummy Recipes for Learning How to Cook Pork

How to Make Gravy with water or milk; recipe for homemade baking powder biscuits to serve topped with gravy a favorite when you know how to cook pork.

How to Bake a Ham with a variety of many ham glazes which produce hams with all kinds of flavors.

How to cook a ham from a selection of hams which have been cured by different techniques; recipes for glazes and sauces.

The timing of baked ham recipes will depend on the oven temperature in the recipe; Coke Cola ham recipe and baked Virginia ham.

Honey Baked Ham Recipe with butter, with pineapple, with orange and with Coca Cola.

Great Leftover Ham Recipes; use in salads, in breakfast recipes, ham stroganoff and in fried rice.

Ham Casseroles; German noodles dish, ham and rice, ham stroganoff, ham dressing, macaroni and ham or a camping dinner. These are traditional dishes with people who know how to cook pork.

If you know how to cook pork you know that mixing sausage is much like mixing meatloaf. After adding the seasonings, the mixture must be blended thoroughly. Sausage has curing agents added such as salt and spices and should be aged (refrigerated) before cooking to heighten the flavor. I love sage sausage so I added that to most of the sausage as you will see below. 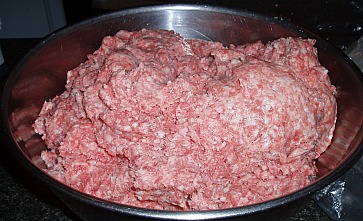 Combine all ingredients and blend thoroughly. Sausage may be packed in bulk for freezer storage or stuffed into sausage casings. Note: Although I love the sausage links, it was enough for me to mix all of this sausage. I made sausage patties from a lot of the sausage. It is so convenient to use when frozen if you lay the patties between layers of wax paper, then wrap in plastic wrap. I then wrap the package in freezer paper or foil to prevent any freezer burn.

If you know anything about how to cook pork, I am sure like most people just the smell of bacon frying is enough to make your mouth water. Many do not know the best way of how to cook bacon. They want to heat the skillet before adding the bacon. Start bacon in a cold skillet over medium heat allowing the bacon to provide its own grease for frying. Turn frequently while cooking. When desired crispness is obtained remove to paper towels to drain.

Because of the large quantities of bacon which we cooked in the restaurants, we always baked it in the oven. After lining the large trays with baking paper, spread out a single layer of bacon. Cook at 400F degrees until desired crispness. Bacon can also be baked on a broiling pan or broiled in the oven.

Pork recipes work well for family dinners or are good enough for special event dinners. Pork is usually one of the best buys in the meat markets. When buying pork the flesh should be a soft gray pink color and the fat is white. Choose pork that has a high proportion of lean meat to fat and bone. Unlike beef, fresh cuts of pork vary little in tenderness; most can be cooked by any of the cooking methods.

Remember when learning how to cook pork that it should always be cooked thoroughly. It should have a uniform color of light gray throughout when cooked well done. When the meat is broiled or pan fried make a small slit in the center of the meat to check the color. When cooking a pork roast the best way to test for doneness is with a meat thermometer; the temperature should register 170F degrees.

When learning how to cook pork, most cuts are popular as fresh pork cuts.


When learning how to cook pork, you will probably start with pork chops and pork ribs which seem to be everyone’s favorites.

If learning how to cook pork you need to understand which cuts of the pig are more popular when smoked.

HOW TO COOK A PIG

PIG MUST be cleaned with everything, glands and all, removed.

MUST HAVE “HELPING HANDS” in turning the pig over the last HALF HOUR of cooking.

MUST HAVE 2 pieces of wire screen; place one piece under pig to start, lay another piece on grill to turn the pig over onto.

MUST have a water bottle handy so you can quickly put out flames to prevent pig from burning.

LIGHTLY OIL pig so it will brown nicely; place pig with skin side up on wire screen on grill.

COOK pig 4 to 5 hours; when pork is thoroughly cooked, flip the pig over. (Meat should be tender, juicy and falling apart.)

COVER pig with sauce and cook 30 to 40 minutes longer; use help to pick pig up holding wire screen to move to a large tray.