How to Make Apple Bar Recipe

When you learn how to make an apple bar recipe or some might call apple bar cookies, they will make a great apple snack or flavorful addition to afternoon tea or coffee break. Cookies date back to ancient times when small amounts of dough were dried. These were used as a means of packing to serve as food when traveling. Of course the drier and harder these were, the better they would be preserved; unlike our chewy moist morsels which we call cookies today.

Before early settlers learned how to make the apple bar recipe, they were already making apple bread, small cookies and other apple desserts in America. Many of the original foods contained apples due to the fact that one of the first things to be planted were many apple trees according to the history of apples. Apples were known to be very healthy in the colonies and they also provided an ingredient which offered sweetness and flavor to recipes.

The bar recipe contains most of the same ingredients that an apple cookie recipe would contain. The batter or dough would have flour, sugar, shortening, added flavors like vanilla and of course apples in some form. They might also have ingredients such as nuts, raisins, dates or chocolate chips. The mixture is then poured, spread or pressed into a pan for baking making it much easier and faster than baking individual cookies.

I have to believe than the bar recipe is another truly American idea. First we grew so many apples here since the beginning of this country. The other reason I say this and perhaps the best reason is that I have found most Americans always try to find an easier and faster way of doing things. The reason that I love making an apple bar recipe is that; they are so quick to put together and bake and produce a delicious moist apple snack.

HOW TO MAKE APPLE BAR RECIPE WITH APPLESAUCE AND GRANOLA

I learned how to make this apple bar recipe which contains whole wheat flour and granola adding more fiber. This is great as a quick breakfast bar.

The apples and oatmeal go together very well in this apple bar recipe. It also has the caramel flavor from the brown sugar plus raisins; a great combination of flavors. 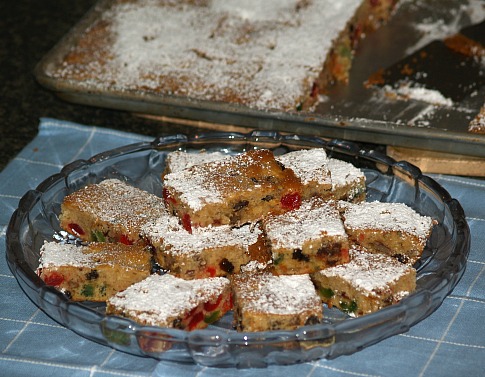 How to Make a Fruit Bar Recipe

Many of the apple bar recipes like this one use applesauce instead of plain apples; all are equally delicious. 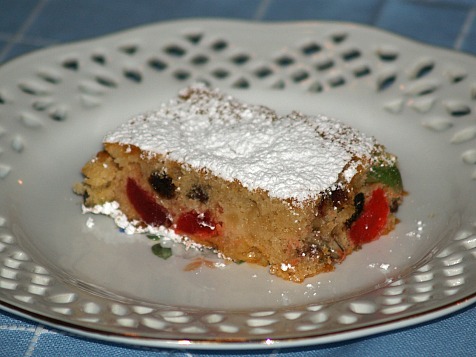