No food is more “American” than an apple pie recipe. Apple recipes go back to the colonial days when the trees brought over by the Pilgrims bore their first fruit. By the turn of the last century thousands of varieties were grown here in North America. Fifty or more of the types of apples are being grown commercially. 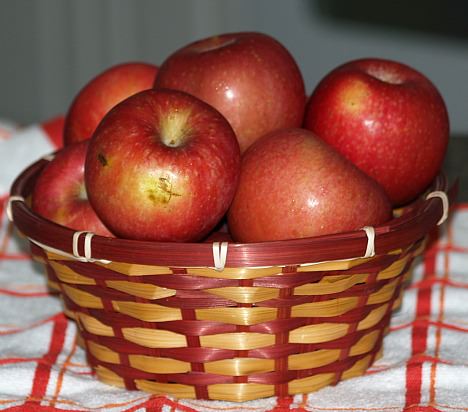 Chances when you go to the grocery store you will find Golden Delicious, Red Delicious, Granny Smith and maybe the McIntosh. These are the ones which are the most resistant to disease and insects. Having thick skins and drier flesh enables them to last longer

When looking for pie apples the Granny Smith apple pie recipe is probably the most common one. Other apple names for you to look for when making your apple pie recipe are Braeburn, Cortland, Gala, Gravenstein, Jonathan, Transparent and Winesap. But don’t let your pies stop with these names.

The very best apple pie recipe I ever ate was (believe it or not!) at Bob Evans restaurant. Their Apple dumpling pie is fabulous! I was told it is made with the McIntosh apple and it is not one of those recommended for pies. So try any of your favorite apples in any of your recipes; you might be surprised how good they taste.

When looking for a good apple pie recipe, the crust is very important. My mom always said the best pie crust is made with lard; Mom did make great tasting pies. After years of hearing health professionals claims against lard (I am still not sure if all that is true), I experimented with many recipes for pie crust. I always use a good quality shortening like Crisco; the following is my favorite crust recipe.

Mix together the sugar, flour and egg.

Pour into prepared pie pan and bake for 30 minutes.Cool 10 minutes before serving.

The following apple pie recipe is actually a “mock apple pie”. I first heard about this pie recipe in the 1960’s when young people did not have a lot of money to buy extras like apples. I understand it is a very old recipe and was originally made with crackers like the saltines; maybe even homemade crackers. The makers of Ritz crackers revised the recipe for their product and it became known as the Ritz Cracker Pie. It is very good and most people say they cannot tell it does not have apples in it. Try it and see what you think!

Grease pie plate. Combine all the ingredients and blend well. 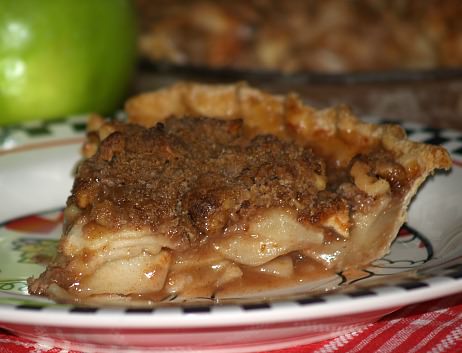 Place mixture in pie shell and combine the topping.

Combine the flour, brown sugar, cinnamon and ginger; cut in the butter until crumbly.
Stir in the walnuts and cover apple filling with the topping.Bake at 400F degrees for 15 minutes; reduce temperature to 350F degrees.
Cover loosely with foil and bake 45 to 50 minutes longer or until apples are tender. 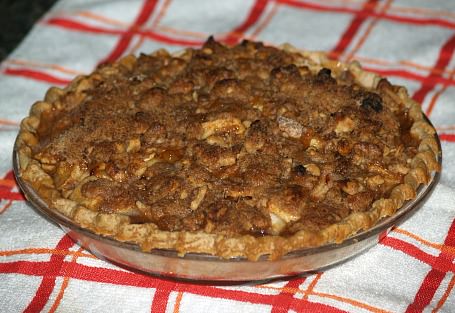 Blend flour, salt and shortening.
Combine yolks and vinegar in 1 cup measuring cup; add water to 1 cup line.
Add liquid to flour mixture; mix well.
Turn out onto floured board and knead until smooth; roll dough as directed in recipe.

This is a unique apple pie recipe made with pork; try it, it is great.