They are ready for your choosing anytime all year round. The only problem with using bananas in recipes is that they darken when exposed to air; avoid this by dipping the bananas in lemon or pineapple juice.

There are many delicious banana recipes made by simple scooping any flavor of ice cream on large cookies or graham crackers. Slice bananas on top of the ice cream (chopped nuts, jam or grated chocolate can also be used) and then top with another cookie or cracker. These ice cream sandwiches can be eaten immediately or wrapped and stored in the freezer for serving later. 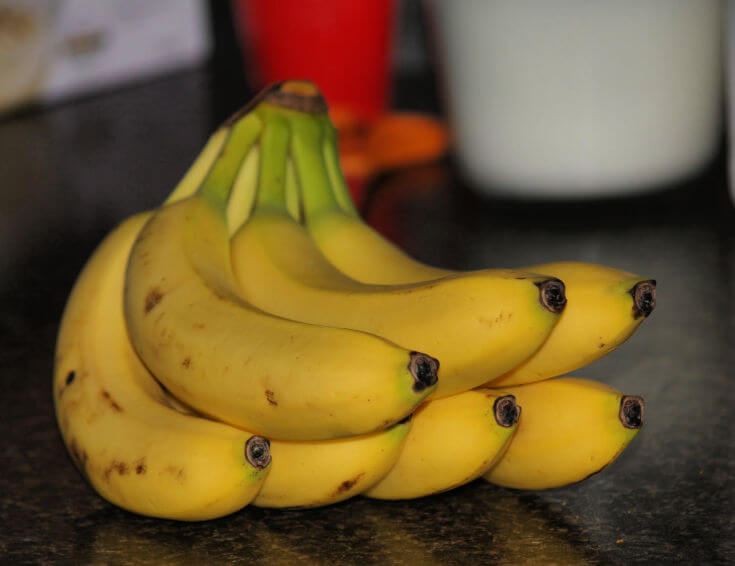 One of the most famous of all banana ice cream recipes is the banana split recipe. I always thought this delicious ice cream dessert was strictly American until I started spending time in Ecuador. I am sure the banana split started here in the United States but I never saw so many as in Ecuador. Almost every restaurant has its own version of this dessert; each more beautiful and tasty than the next.

Most of the banana splits are served in long dishes called boats. Each starts with a banana cut in quarters and has about 3 scoops of delicious creamy ice cream; much is homemade. A variety of sauces are spooned over the scoops of ice cream and then it is topped with peaks of fresh whipped cream. Last there are toppings of nuts, cherries and candy crumbs. Many of the restaurants finish it off by topping with pretty little cookies standing tall in the peaks of whipped cream. Believe me; you have never had a banana split until you have one in Ecuador!

One of my very favorite banana ice cream recipes is fried ice cream. Many of the Mexican restaurants offer fried ice cream but most really are not; I am always disappointed. When I ask, they assure me that they did fry it. Good fried ice cream is hot and crispy on the outside and softer on the inside. This is a hard dessert to get right. The ice cream balls have to be prepared ahead and placed in a subfreezing deep freeze. The frying has to quickly done in very hot oil or it will be lost. I am sure this is why most do not attempt to fry them. This is a fabulous dessert if you learn to make them correctly. 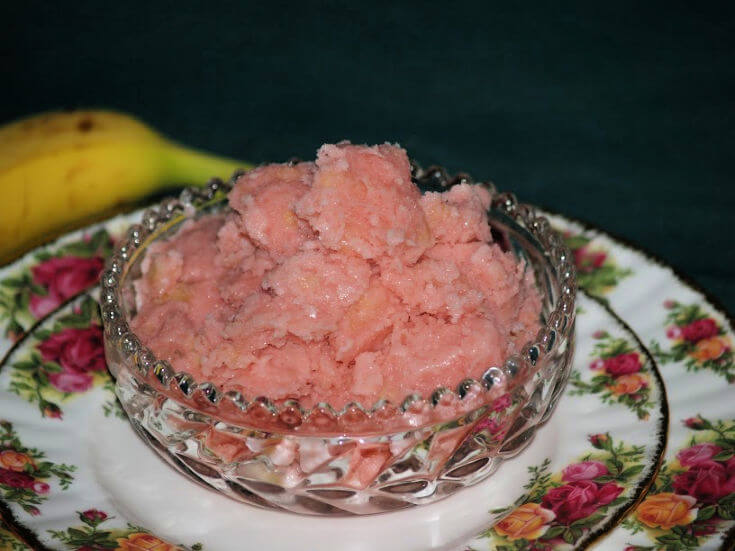 Learn how to make banana ice cream recipes without an ice cream freezer. You will need a giant bowl or container which holds 2 to 3 gallons.

Combine the canned milk, HALF of the milk, gelatin and sugar in a giant bowl.
With mixer beat until well blended; beat in remaining milk and vanilla until blended.
Blend in diced bananas; place bowl in freezer until it begins to set.
Stir mixture with a spoon; stir mixture each time it begins to freeze.
When it is completely frozen place in covered containers and store in freezer.
NOTE: Takes all day to make and mix until it is frozen. 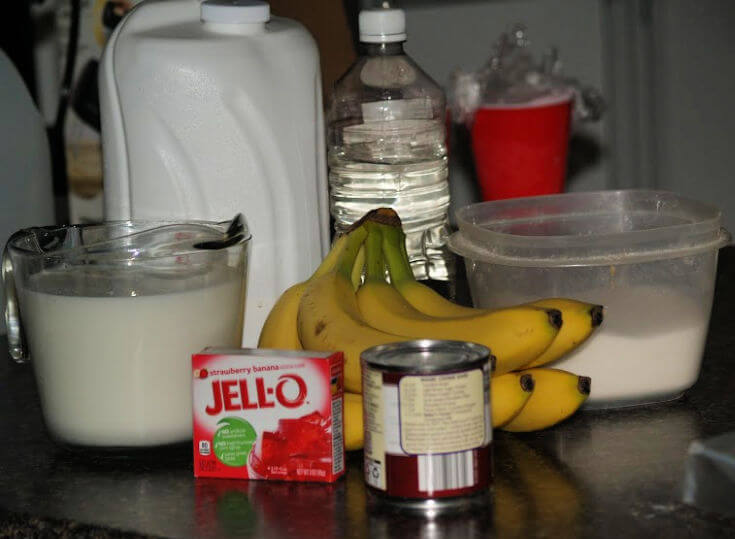 Scald 1 cup milk and 1 cup light cream; gradually stir into egg yolks.
Mix in the sugar and salt; place in top of double boiler.
Cook and stir constantly until thickened and coats a spoon.
Pour into a bowl; stir in the banana flavoring and bananas then COOL.
Beat the heavy cream until thick but not stiff; fold into the custard.
Pour mixture into freezer tray or pan; freeze until firm.
Place mixture in mixing bowl; beat until smooth and return to freezer.
Remove from freezer and beat again; freeze until firm.
Serves about 8.

This banana ice cream recipe has more steps but it is worth the work.

NOTE: A large size muffin tin is good to place balls in to freeze.

Replace in freezer until ready to fry.

Have whipped cream ready and any sauces

The most elaborate of the banana ice cream desserts is the flaming bananas foster recipe. There is no better way to end a special dinner than with this dessert.

Heat butter and sugar in heavy skillet until sugar is melted; cook about 2 more minutes.

Add bananas and cook slowly until bananas are heated and glazed; sprinkle with cinnamon to flavor.

Add the rum and carefully ignite with a long match; spoon liquid over bananas until flames go out.

Serve warm bananas and sauce over scoops of ice cream.

Stir a little of the hot mixture into the beaten egg yolks; then stir them into the remaining hot mixture. Cook over hot (not boiling) water for 3 minutes, stirring. Remove from heat and cool.

Beat egg whites until stiff; add salt and fold into cooled custard; add vanilla. Pour into freezer tray to freeze until firm. Remove from freezer. Beat the cream until it holds its shape and blend into the cold mixture. Return to freezer to freeze.

Most banana ice cream recipes are especially good in the summertime when the children are home from school. The kids will love this one!

Prepare pudding according to the package; fold in the whipped topping.

Combine the bananas with the lemon juice to prevent browning; fold into the pudding mixture.

Scoop ¼ cup of pudding mixture into each of the paper cups.

Sprinkle each with 1 tablespoon of wafer crumbs; Top with another ¼ cup pudding mixture.

Insert a wooden craft stick in the center of each; freeze until firm.

Continue beating until thick and lemon colored; add flour mixture all at once and stir until blended.

Turn out immediately on a clean towel dusted with powdered sugar.

Roll up cake gently in towel (cake will be 10 inches long) and let cool on rack; when cool unroll and spread with softened ice cream.

Wrap and place in freezer until ready to serve. 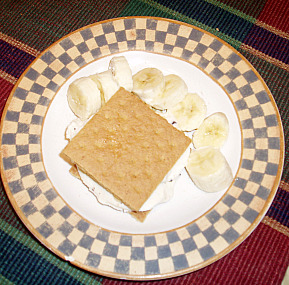 In medium bowl beat with whisk the eggs and milk together; stir into the sugar mixture.

While mixture is cooling in BLENDER CONTAINER dissolve ascorbic in water.

In FREEZER CONTAINER combine egg and banana mixtures; add half and half.