How to Make Cheesecake Desserts Recipes

In learning how to make cheesecake desserts recipes you will find many different ingredients can be combined to produce totally different flavors. Cheese has had a long honored and varied role in cooking. In these desserts it is used for the primary flavor and texture; it might be cream cheese, ricotta, cottage or others. Whichever type that your recipe calls for is in itself the central ingredient.

When I learned how to make cheesecake desserts recipes I realized that almost all of my recipes begin with some sort of a cake base. This might be as simple as a bread or crumb crust. Lady fingers, as in the first recipe, make a very easy and delicious base to start from. Brownies or other types of cakes are also very good. You could have a solid cake for the base of cut it into small pieces and use as a base.

From the base or crust you might want to start building a delectable dessert with many different fruits. These could be canned, frozen or fresh. The great thing about learning how to make cheesecake desserts recipes is that each time you make the same recipe the flavor can be altered just by changing the ingredients. For instance, one time you might use bananas and the next time you could use peaches. By altering the ingredients, you can come up with totally different tasting desserts.

Cheesecake desserts recipes are creations that rely on the content and the form for an overall effect. Many can be prepared in a simple way like in a 9 X 13 inch pan utilizing ingredients for a special presentation. Others might be more elaborately prepared for eye appeal; this might be lining a spring form pan with ladyfingers. A variety of colors of the ingredients and shapes make these desserts pleasing to the eyes.

Whipped cream or whipped toppings are used quite often in cheesecake desserts recipes. It adds a touch of elegance to a plain dessert. Nuts, chocolate chips, butter brickle candy and many other ingredients help to specialize the texture of fabulous desserts. Almost any ingredient typically used in any dessert can be added to one of these desserts to make it special. 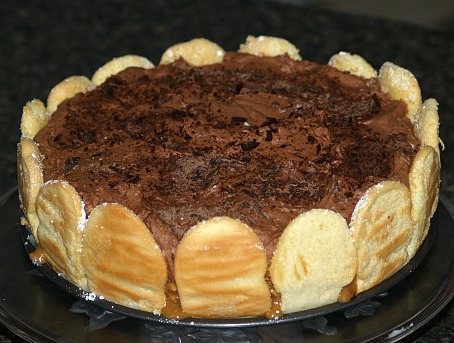 How to Make a No Bake Chocolate Caramel Cheesecake Dessert Recipe 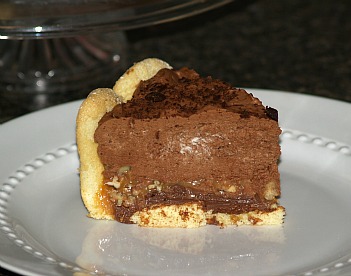 Set aside filling and strawberry topping packets from cheesecake mixes.
Place contents of crust mix packets in large bowl; add butter and sugar.
Press mixture into bottom of ungreased 9 X 13 inch dish (at least 2 inches deep).
Combine in large bowl contents of filling packets and milk; beat on low speed until blended.
Beat filling mixture on high 3 minutes or until slightly thickened; spread over the crust and refrigerate 1 hour.
Spread contents of strawberry topping packets over cheesecake; top with pineapple and bananas.
Drizzle with ¼ cup of chocolate topping and ¼ cup of caramel topping.
Spread with whipped topping; refrigerate for 2 hours or until set.
Top with pecans and cherries.

Preheat oven to 375F degrees.
Combine flour, brown sugar and salt in a bowl; cut in butter until coarse crumbs.
Blend in walnuts and 1 teaspoon vanilla; press into 9 X 13 inch baking pan and bake for 10 minutes.
Cool slightly.
Beat cream cheese and sugar until light and fluffy; add eggs and 1 teaspoon vanilla and blend well.
Pour mixture over the crust; bake 20 to 25 minutes or until center is set and then cool.
Combine rhubarb, sugar, water, cornstarch and cinnamon in saucepan; bring to boil over medium heat.
Cook stirring constantly until mixture thickens about 5 minutes.
Stir in food coloring; remove from heat and cool.
Pour mixture over the filling; chill a couple hours before serving.

Prepare and bake brownie mix according to package directions using a greased 9 X 13 inch pan.
Cool brownies completely.
NOTE: Every time I bake brownies I like to sprinkle them with Godiva chocolate liqueur for added flavor.
In mixing bowl beat cream cheese and sugar for 2 minutes.
Fold in 2 cups whipped topping and spread over brownies.
In another bowl combine the milk and pudding mix; beat until smooth and refrigerate for 5 minutes.
Spread pudding mixture over cream cheese layer.
Spread top with remaining whipped topping; sprinkle with pecans.
Refrigerate at least 1 hour before serving.