How to Make Cheesecake Recipes

Learning how to make cheesecake recipes were not thoughts in my mind when I was young. Even though I loved to cook desserts of all kinds, I had never heard of cheesecakes. It is unbelievable to me that this delicious, now so very popular dessert has been around since the eighteen hundreds. I suppose that my small Midwestern area was one of the last to discover this wonderful dessert.

When you learn how to make cheesecakes recipes you will see they are usually made with cream cheese like the recipe for New York Cheesecake or an Amaretto Cheesecake and usually have sugar and eggs in them. There are some here in the United States made with farmers cheese, cottage cheese or ricotta. Other countries have their own version of the cheesecake. Many of the French use Neufchatel cheese for a light texture or they might use meringues like the ultimate cheesecake. Italian cheesecakes may be made with ricotta or mascarpone. Whatever type of cheese used in this dessert recipe, it is usually delicious.

When I got married, I received a small portable mixer as a gift. With it came a little booklet which contained about twenty recipes along with instructions for the mixer. As I glanced through the recipes, I came across a cheesecake recipe. How awful I thought this sounded. Cheese with sugar! Cheese in our house was always served crackers or on a sandwich.


As I continued to look through the booklet, I decided to try every recipe including learning how to make a cheesecake recipe. This was the only cook book that I had, so twenty recipes were all I had. The time came for me to try the cheesecake recipe. By evening the dessert was cold and ready to serve. I was uncertain, but also anxious about trying my finished product. My husband came in from work and I wanted him to sample it. Now this was a man who never ate desserts in his life and I was asking for his opinion. After one bite, he took the fork and started to eat the whole cheesecake. This isn’t a large version but is a simple smaller one made in a pie plate. It is not as rich as many others, but still is way too much for one person. Needless to say, this became a loved dessert to a man who did not like desserts.


Mix together and press into a 9 inch pie plate.

Combine in a mixer bowl the lemon rind, eggs, sugar and vanilla and blend on medium speed of the mixer. Add the cream cheese, a little at a time while mixing. After all has been added, increase the mixer speed to high and mix for ½ minute. Pour into the crust and bake for 30 minutes.

Combine and blend. Spread over the cheesecake. Bake 5 minutes longer. Cool and refrigerate. This is good served plain or topped with a spoon of cherry or blueberry pie filling.

One of the most famous of the cheesecake recipes is the New York cheesecake recipe. It is much thicker than most. Baked in a spring form pan, it is a rich and heavy version. Top with fresh fruit and you will have a delicious fruit dessert.


Combine and mix thoroughly. Divide in half and press half (save other half) in the bottom of a 9 inch spring form pan. Prick with a fork and bake for 10 minutes. Set aside to cool completely.

Beat cream cheese in a large bowl. Add sugar and beat until light and fluffy. Beat in the eggs one at a time, beating well after each. Beat in the vanilla and flour until well blended. Add sour cream and stir in until blended. Pour cheese mixture into cooled pastry crust. Top with remaining half of crust mixture. Bake for 40 to 50 minutes or until cheese is set. Turn off the oven and let cheesecake set in the off oven for 1 hour. Cool and refrigerate. Carefully remove side of pan and serve with fruit.

HOW TO MAKE THE BEST CHEESE CAKE RECIPE 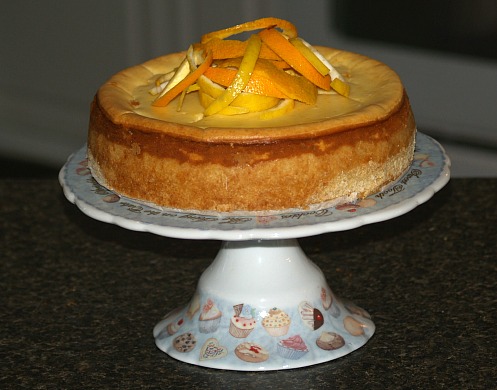 How to Make a Lemon Orange Cheesecake

This best cheese cake recipe truly is very good; this is one of the cheesecake recipes with added flavors such as lemon and orange. Very delicious!

Mix dough with hands; press on bottom and sides of prepared pan.

Add eggs and yolks one at a time beating after each addition; add cream beating only until well blended. 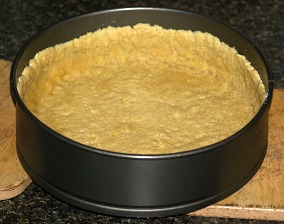 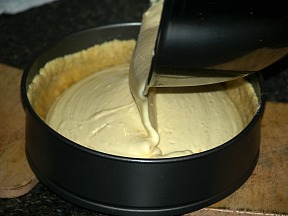 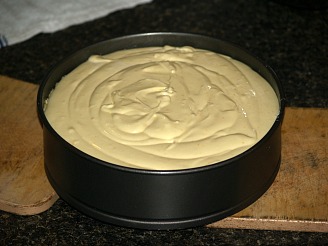 Cool in pan on wire rack, then refrigerate overnight; remove sides to serve. 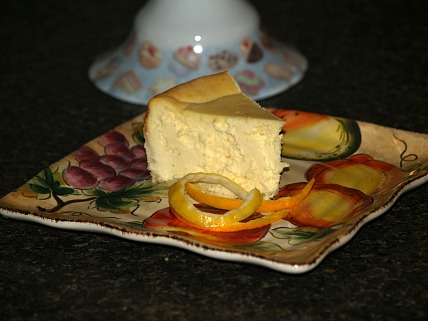 When this cheesecake cools, a hollow forms in the top which will hold the almond topping.

Wash and dry beaters; in another bowl beat egg whites until they hold peaks.

Bake cheesecake until filling is set in the middle when lightly touched (about 50 to 60 minutes).

This almond topping recipe would be good on the top of any of your cheesecakes. You could add a little coconut in topping).

Melt butter in a saucepan over medium heat; stir in almonds until lightly toasted.

Stir in sugar and cream; bring to a boil and boil 1 minute while stirring.

Drizzle almond topping over hot cake; cool cake on rack for 2 hours and then refrigerate until cold before serving.

Cheesecake recipes are dated back to ancient Greece. They have gone through many changes since then. It was a great revolution for the cheesecake when cream cheese was developed here in the United States; one of the most common used today being the Philadelphia cream cheese. Today restaurants and other businesses build the entire business on the production and sales of cheesecake recipes. A cheesecake recipe can have no crust, a shortbread crust, nut, sponge, cookie crust, zwieback crumb crust or any kind you can comes up with; it is the filling that counts. This dessert can be served for anything from a snack to the most elaborate dinner.

Press mixture on bottom and 1 inch up sides of spring form pan; set aside.

Stir in the canned milk; pour into prepared pan.

Bake 60 to 70 minutes until center is set; set on rack until cool.

Run knife around edge of pan to loosen cake from sides; remove sides.

TO MAKE CRUST combine and mix all ingredients together.

Beat with mixer until smooth; slowly beat in yolks and melted chocolate.

Fold chocolate into the egg whites; fold in the macadamia nuts.

Fold in the whipped topping; chill in bowl until it sets up.

Spoon into prepared crust; refrigerate until ready to serve.