Fried Chicken Recipes for a Crowd

Chicken recipes for a crowd is probably the one most popular group of recipes for most gatherings. No matter what the occasion whether it be a church social, carry in super, a family reunion or a neighborhood cook out, you will always find chicken dishes. None of these dishes are as popular as good fried chicken or as we call it “Southern fried chicken”. Could Kentucky Fried Chicken Restaurants or KFC have become so famous if this was not the case. 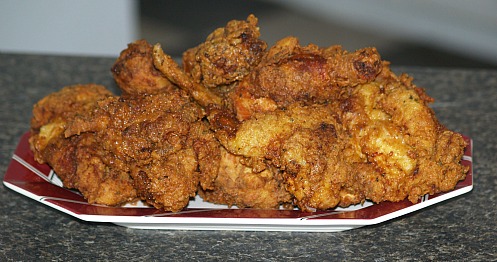 Chicken Recipes for a Crowd

I watched the Kentucky Fried Chicken chain explode from the 1950’s to now. I knew this chicken recipe was loved all over the United States. What surprised me was when I found out it is so loved in countries like Ecuador. Although the side items are different (beans & rice), the chicken is the same delicious recipe. The Ecuadorians love and recommend Kentucky Fried Chicken to us, their visitors; of course, we are happy to be able to get this chicken down there. My family in Ohio would not think of having a get together without a couple of buckets of KFC on hand. Fried chicken is loved everywhere!

What is so special about fried chicken? It is that golden crisp crust with lots of seasoning. Most chicken recipes for a crowd are in the form of casseroles, pots of chicken and dumplings or noodles or dishes like roasted chicken; these are usually less time consuming to prepare. When Colonel Saunders, founder of Kentucky Fried Chicken started out he could never have cooked his chicken recipes for a crowd; the millions that he eventually became able to feed. He had to switch his pan cooking method to a faster form of frying. He came up with pressure frying; this quick cooking method with his delicious recipe made him famous and very successful here in the US and around the world.

The time it takes to prepare and cook fried chicken rather than other chicken recipes for a crowd is what usually holds people back from serving it. With a little planning and preparation, it can be done and it is every bit worth the effort. Your guests will be so pleased with the results. Here is the best way that I love to cook fried chicken recipes for a crowd. Sometimes people serve chicken which is not thoroughly cooked; this way prevents that.

FRIED CHICKEN RECIPES for a Crowd 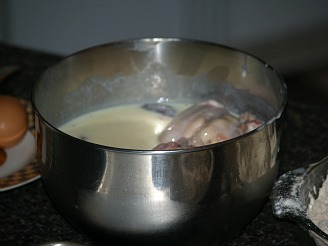 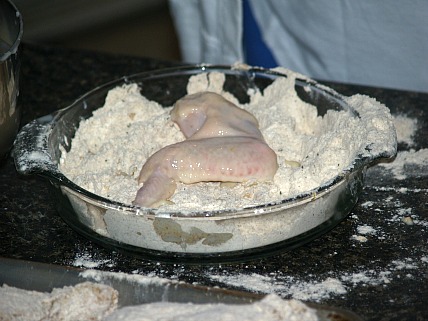 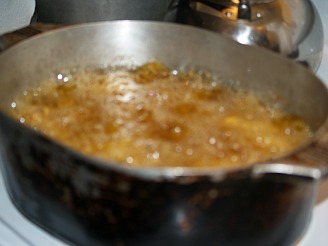 Combine all ingredients in blender; Blend until minced and well blended.

Remember to fry all the chicken livers and gizzards. I usually purchase extra for my chicken recipes for a crowd and serve in separate bowls. I also use the backs and necks for broth. Boil them in a pot of water with chopped celery and chopped onions for about an hour. Taste the broth to see if it is seasoned well. If not, add enough chicken soup base until it is flavorful. This broth is good to cook noodles or dumplings in. This is what I do and serve them with the fried chicken.

CHICKEN PARMESIAN FOR A CROWD

Chicken Parmesan for a Crowd

NOTE: I bought a large package of chicken breast from Sam’s; 7 large half breast for under $15.00. Each half I cut into 3 portions; cut bottom half off and then I slice the top thicker half into 2 portions. I pounded each piece to make them more uniform in thickness. This allowed me to serve 21 very sufficient portions for the meal. This is one of the best chicken recipes for a crowd!

Set butter mixture off to cool.

Dip each piece of chicken in the garlic butter; dip in bread crumbs covering both sides.

Drizzle any remaining melted garlic butter over the chicken.

NOTE: I wanted to bake them all at the same time so I began with 2 dishes on the top shelf and 1 on the bottom. After 30 minutes I switched the one on the bottom to the top and the 2 on the top to the bottom shelf.

Place cooked spaghetti in a large roasting pan; I USE disposable when taking to a carry-in.

Sprinkle shredded Parmesan cheese and mozzarella cheese over the top.

Place roasting pan in the oven about 10 minutes or until the sauce is hot and the cheese is melted.

EASY CHICKEN RECIPE FOR A CROWD

NOTE: Allow 1 chicken breast half for each serving. Allow 1 can of soup and 1 can of wine for each 8 servings.

For each 1 can of CONDENSED soup combine with 1 can of wine.

Pour soup mixture over the chicken breasts; bake uncovered about 50 to 60 minutes.

Sprinkle chicken with salt and pepper.

Stir well and bring to a boil; REDUCE HEAT and simmer 10 minutes.

Serve chicken and warm sauce over the orange rice.

NOTE: Rice should be tender and liquid absorbed.

Stir almonds and parsley into the rice; serve with mandarin rice.

Casserole chicken recipes for a crowd.

Season the chicken with salt and pepper; melt ¼ CUP of the butter in a large skillet.

Sauté chicken half of pieces browning on both sides in the hot butter.

Place browned chicken in a large baking pan or roaster.

Melt another ¼ CUP of butter; brown remaining chicken pieces and place in roaster.

Add remaining ¼ CUP of butter and mushrooms to the skillet; sauté until tender.

Sprinkle the flour over the mushrooms stirring to mix.

Add broth and sherry to the skillet; stir and cook for 5 minutes.

Arrange artichokes on the chicken; spoon the mushroom sauce over top.