How to Make Chocolate Pie Recipe 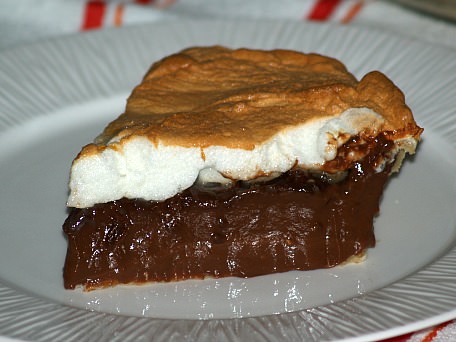 How to Make Chocolate Pie Recipe

We have chocolate crusted pies with various fillings, pies made with chocolate candy bars, layered pies with different kinds of chocolate and there are chocolate cheesecake pies. As you can see the list is endless; your imagination can create a new chocolate pie recipe every day.

When I learned how to make my chocolate pie recipe it was a favorite of my brother-in-law's. We always kid about women loving chocolate, but Paul was the biggest chocoholic that I ever knew. This pie has the best tasting and smoothest chocolate pudding recipe used as the pie filling. Whenever possible, I always tried to make this chocolate meringue pie for him. 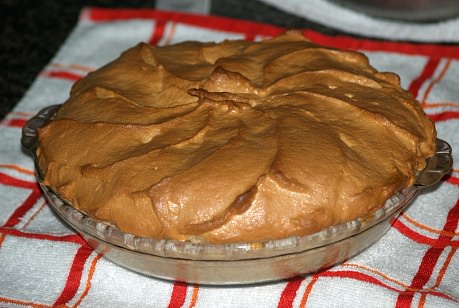 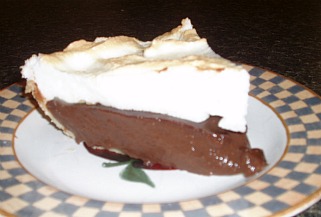 HOW TO MAKE CHOCOLATE PIE RECIPE

Mix cocoa, sugar, cornstarch and salt in a heavy saucepan.

Gradually stir in the milk.

Remove from heat and pour half of the hot mixture into the beaten egg yolks as you beat in.

Pour this egg mixture back into the saucepan with the remaining milk mixture and return to the heat.

Boil for 1 minute longer as you stir.

Remove from the heat; add the butter and vanilla and stir in. Pour into a baked pie shell and add meringue. 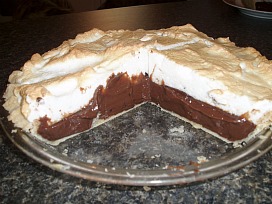 How to Make Chocolate Pie

When you learn how to make chocolate pie recipes try this one made with German chocolate.

Melt chocolate with the butter over low heat, stirring until blended.

Remove from heat and gradually blend in the milk.

Combine in bowl the sugar, cornstarch and salt; mix thoroughly.

Beat in the eggs and vanilla.

Gradually blend in the chocolate mixture.

Combine the coconut and pecans and sprinkle over the filling.

Bake for 1 hour or until the pie is puffed and brown.

For the last 20 minutes of baking, cover pie with a piece of aluminum foil.

Let set until cold before cutting.

Although this chocolate pie recipe has only a little chocolate from the candy bars, it makes a delicious dessert; one special enough for the most special company.

Remove from freezer 15 minutes before serving.

Stir until chocolate and marshmallows are melted; chill.

Mix wafer crumbs and butter; press in bottom and on sides of pie plate.

Chill until firm and garnish with chocolate curls.

Whip cream until stiff; spread over cool pie; pipe around edges to decorate.

Sprinkle with chocolate jimmies or curls; refrigerate for 3 to 4 hours before serving.

Sprinkle the pecans and chocolate chips in the pie shell.

Combine and mix in a medium bowl the corn syrup, sugar and eggs; mix in the melted butter.

To serve top with dollops of whipped cream.