Cooking with pepper is one of the key skills for any chef to master. Pepper is probably the most common spice in American kitchens as it is incredibly versatile. It can be used to:

Most recipes will finish off with the words “season to taste”. This means add a little salt and pepper until you feel the recipe has reached the right flavor. When you’re thinking about cooking with pepper, you should look at how various national cuisines use it. You should also think about whether to use black pepper or another type for your dish 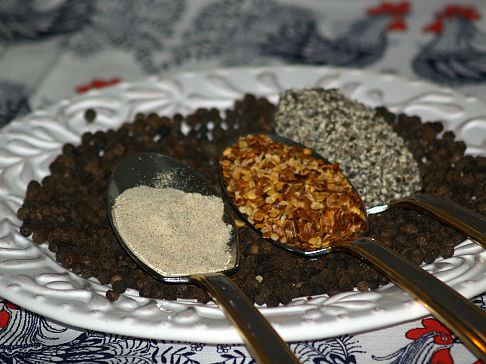 Pepper plants grow best in tropical climates, so it’s no surprise that India and Vietnam are the world’s biggest producers of peppercorns. However, pepper is also the world’s most traded spice, and there are many recipes from all over the globe that use pepper as their principal flavor:


Pepper has a naturally spicy flavor, so you’ll find that cooking with pepper will lead you towards more spicy foods. The next choice you’ll need to make is whether to use black or white pepper

If you’ve ever wondered what is white pepper, and how it is different than black pepper then look no further. At a basic level, they both come from the same plant, and the color difference comes from how ripe the berries were when they were harvested. In terms of cooking, the main differences are:

Beyond that, there is not much difference between the two. Most recipes you’ll use when cooking with pepper will only ask for one or the other, but they can be used interchangeably.

The following is a simple but effective recipe for a pepper sauce to use with meat steaks:

Heat the cream over a medium heat until it starts to bubble, making sure that you don’t let it come to the boil.

If you want a cooler sauce, strain the peppercorns before you serve. When you know the right recipes, cooking with pepper can help you become a little more creative in the kitchen, and will open the door to a whole world of new recipes.

Place chicken in heavy skillet; cover with water and simmer.

Cook until firm and all pink disappears; remove from pan and cool.

Cut chicken breast in halves; cut each half diagonally into thin strips.

Spoon peppercorn sauce over chicken; garnish with cilantro and serve.