I learned how to make cottage cheese cheesecake recipes even though it is not as popular here in the United States as ones made with cream cheese.  This is due to the fact that cream cheese was developed in New York.  This is why the recipe for New York Cheesecake made with cream cheese is so popular. Even considering this I want to stress how delicious the ones made with cottage cheese are. They are favored in other countries around the world like Germany where this cheese is abundantly produced. 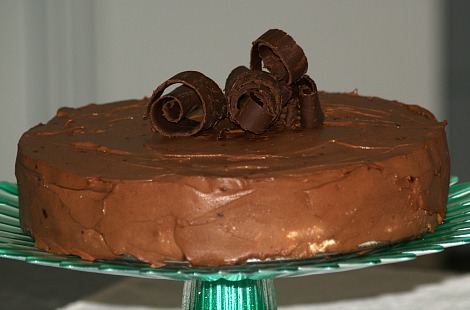 When you learn how to make cottage cheese cheesecake recipe you will find them to be very light and mild in flavor similar to a ricotta cheesecake. It is extra delicious if made with homemade cottage cheese. This cheese is believed to have gotten its name because it was generally made at home (in cottages) typically from the milk which was left over after making butter; the cream is removed for the butter and what is left is skim milk. This cheese can also be made if desired with fresh, raw skim milk, fresh pasteurized or raw whole milk.

Making cottage cheese from skim milk is why this cheese is lower in fat than cream cheese.  If you learn how to make cottage cheese cheesecake recipes,this makes them lower in fat or lighter. Traditionally after the cream was removed the skim milk was poured into a crock and set in a warm place a couple of days until the milk clabbered and the whey had separated from the curd. Then the curd would be cut into cubes and slowly heated to firm up a bit. After lining a colander in the sink with cheesecloth the warm mixture is poured into the lined colander. After draining the whey, soft curds are left to be rinsed with cold water. Mix in a little salt and a little cream; this can be refrigerated for a couple days.

NOTE: Unlike baked cheesecakes, many of the no bake fillings have a softer texture.

Beat egg yolks and milk together and add to gelatin mixture.

Cook over boiling water stirring constantly until gelatin is dissolved and chocolate is melted.

Remove from heat and stir in vanilla.

This cottage cheese cheesecake recipe is very easy to make.

Mix in whipped topping; pour into crust and chill. 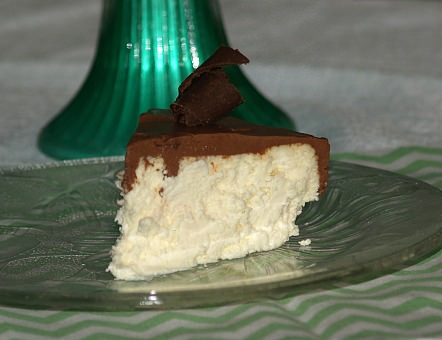 This cheesecake is delicious without the frosting.

Bake in preheated oven at 350F degrees for 1 hour.

Turn oven off and leave in oven for additional 2 hours.

OPTIONAL CHOCOLATE FROSTING: Combine and blend together 1 Cup of SOUR CREAM and 1 cup of MELTED CHOCOLATE CHIPS. Spread on top and sides of cheesecake.

Press in bottom of 9 inch spring form pan and 1 ½ inches up sides; bake 8 minutes and cool.

Mix gelatin with cold water in a small saucepan; cook until gelatin dissolves and set off to cool.

This berry sauce recipe is great on a cottage cheese cheesecake recipe or any plain cheesecake and so easy to make.

If you do not like the seeds in the sauce, press through a sieve.

Mix ingredients together; press in bottom and partly up sides of prepared pan.

Bake 8 to 10 minutes; place on rack to cool completely.

Cook and stir until gelatin is dissolved and mixture is slightly thickened.

Set pan off heat and cool.

Add the cooled gelatin mixture and beat until blended.

Add the vanilla and coconut liqueur; beat until blended.

Refrigerate mixture until it mounds when dropped from spoon.

Beat the cream until stiff; fold into cheese mixture.

TO SERVE run tip of knife around edge to loosen; remove sides of pan.

TO MAKE CRUST combine in bowl the crumbs, sugar, cinnamon and nutmeg.

Stir in butter; press in bottom and ¾ up sides of 9 inch spring form pan.

Chill crust while preparing the filling.

Drain cottage cheese and RESERVE the cream; set aside.

Measure reserved cream in a measuring cup; fill to 1 cup with heavy cream.

In a large bowl beat eggs until very thick; add sugar beating until light and fluffy.

Bake cheesecake 70 to 80 minutes (Knife inserted in center will come out clean).

Stir in the blueberries; OPEN oven door and gently spread topping over cheesecake.