Even better than having Mom’s country fried chicken recipe was eating her delicious thick creamy chicken gravy.  Quite often we had Mom’s chicken and gravy with hot biscuits for a hearty breakfast and it was sooooo good.

The gravy which Mom always made when she learned how to cook country fried chicken recipe can be called cream gravy, white gravy or throughout the South it is called sawmill gravy. This tasty filling food is often referred to as a “subsistence food of the poor”. This gravy is often also served with pork and made from those drippings. In hard times it was made with very little meat and sometimes no meat. Mom has made it with only a little bacon grease for seasoning. In “very hard times” I know Mom also made it with water instead of the milk. (I do not remember that gravy like I do the thick white cream recipe.)

The people here throughout the South tell me that the name “Sawmill gravy” came from the back hills of Kentucky and Tennessee. The sawmill crews often survived on eating biscuits, gravy and coffee. The biscuits and gravy dish was called “poor-do” meaning the poor made do with this meal of biscuits and gravy. 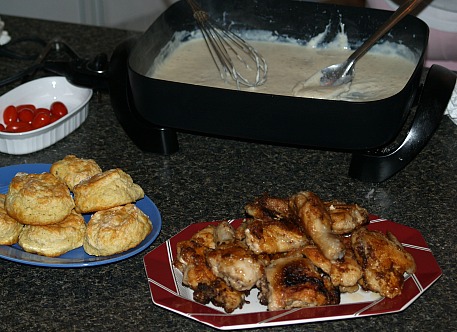 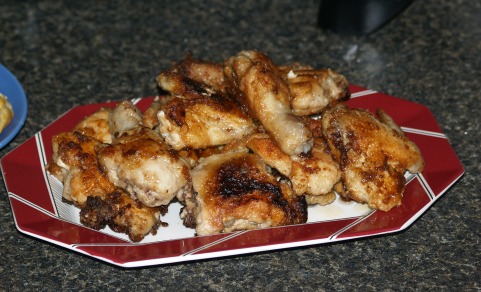 How to Cook Country Fried Chicken

Combine flour, salt and pepper in a large bowl.
Melt lard in large skillet (Start with 4 tablespoons of lard and add more if needed)
Roll pieces of chicken in flour mixture and place in hot skillet; brown on both sides.
Reduce the heat to medium low and cover with a tight fitting lid.
Cook slowly until the chicken is very tender. 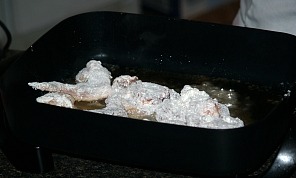 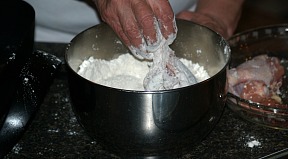 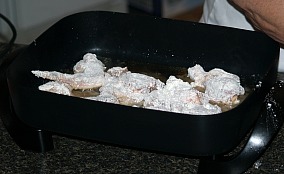 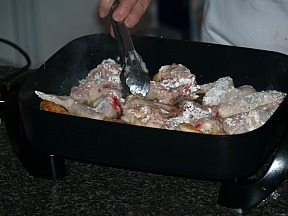 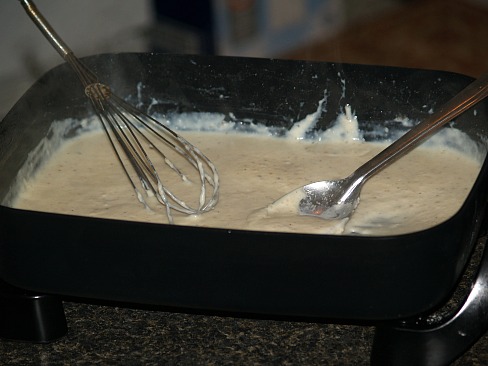 Over medium high heat stir flour into chicken drippings left in skillet.
Gradually whisk in the milk and cook until creamy and thick.
Season to taste with salt and pepper; serve hot over mashed potatoes or biscuits. 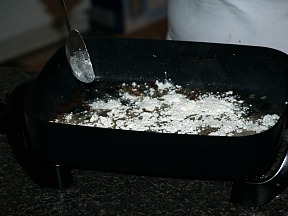 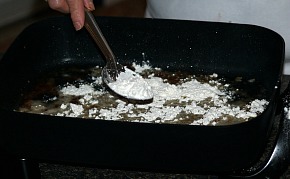 Mix flour with salt and pepper.
Dip each piece of chicken into buttermilk and then coat with seasoned flour; set aside.
Put lard and butter in a heavy skillet and place on a hot burner; heat until near smoking.
Quickly arrange pieces of chicken in hot skillet and carefully brown on both sides.
Reduce the heat and cover tightly with a lid.
Fry about 20 minutes or until the chicken is thoroughly cooked and tender.

Learn how to cook country fried chicken recipe with a crispier crust.

Combine egg, milk, 1 teaspoon black pepper and sugar in a bowl.
In another bowl or paper bag, combine flour, cornmeal, cereal, baking powder, salt and onion powder.
Dip each piece of chicken in the egg mixture then the dry mixture.
Place on a cookie sheet covered with wax paper; refrigerate about 20 minutes.
Cook chicken in hot oil (deep fried or in a skillet) until golden brown and thoroughly done.
NOTE: If you like extra crispy, after cooking place on a cookie sheet in the oven at 450F degrees for 5 to 8 minutes.

SUNDAY DINNER CHICKEN This Sunday dinner country fried chicken recipe is flavored with thyme and a hint of lemon.

Combine flour, salt, thyme and paprika in a plastic bag and shake to blend.
In a large bowl combine eggs, milk and lemon juice; stir well.
Place 2 or 3 pieces of chicken in the bag with flour mixture and shake to coat.
Dip chicken in the egg mixture then back into the bag; shake to cover.
Repeat process until all chicken is coated.
Pour oil to a depth of ¾ inch in a large heavy skillet.
Fry a few pieces of chicken at a time in the hot oil over medium heat until golden brown.
Turn chicken over to brown on both sides; drain on paper towels.
Repeat process until all chicken is thoroughly cooked. 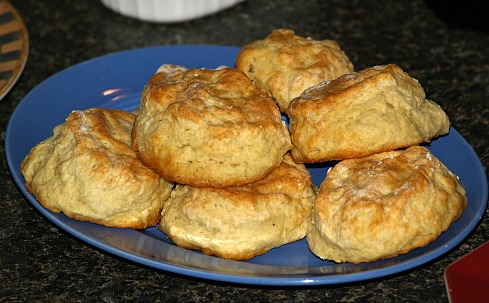 Sift together flour, baking powder, salt and baking soda in a large bowl.
Cut the butter into the flour mixture until crumbly.
Add buttermilk to the mixture tossing with a fork until dough forms.
Turn dough out onto a lightly floured surface; knead lightly until smooth.
Roll dough out to ¾ inch thickness and cut with biscuit cutter.
Place biscuits on a lightly greased baking sheet.
Bake in oven at 400F degrees until golden brown; about 15 minutes.

In a large bowl combine milk and 1 tablespoon Cajun seasoning.

Add chicken to the milk mixture, cover and refrigerate for at least 2 hours.

Heat ¼ inch of oil in a large skillet; fry chicken turning once 7-8 minutes until done.