Facts and History of Cheese

The history of cheese shows it to be one of the most versatile and popular foods. Around the world cheese has been used for everything from snacks, appetizers, soups, sauces, entrees and desserts. This ancient food can be made from almost any type of milk; cows, sheep, goats, mares, yaks, camels and buffalo.

As I previously said, the history of cheese takes us way back to ancient times. Documentation takes us to early dates which coincide with early dates of domestication of goats and sheep. In my early years, I never thought that cheese had been so important throughout the decades. When I was growing up we never had the access to a wide variety of cheeses like we do today. Back then (When I was not quite as smart!!) I would have guessed this to be a new concept. The only cheese we occasionally had in our home was Colby. I remember Mom would lay it out to come to room temperature. It tasted so good; mild and creamy. 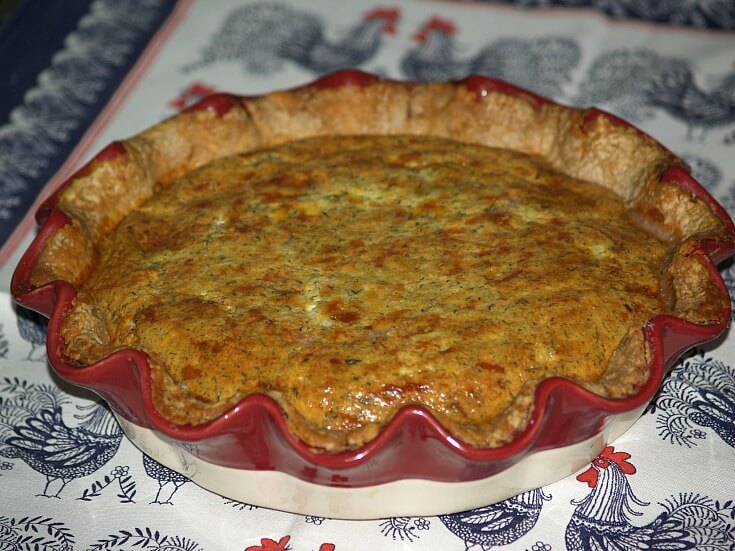 Facts and History of Cheese

The history of cheese also takes us around the world; not just the “Good old USA” as I would have thought when I was young. There is actually no proof indicating where cheese making originated; maybe Europe or the Middle East. Some attribute it to the Arabs or it could have been many individuals who accidentally found it as a way of naturally preserving extra milk.

The great range of cheeses developed over the centuries in the history of cheese and is largely a result of customs prevailing at the local levels. This could be an abundance of a particular type of milk in an area with certain microorganisms. For instance, the Roquefort cheese acquires the blue veins by being ripened in limestone caves harboring the mold now identified as Penicillium Roqueforti. The flaky texture of English Cheddar evolved from a method of the village of Cheddar; stacking and turning the blocks of curds.

As the history of cheese moved forward, the methods and microorganisms that were responsible for the different types of cheese were identified. As a result, these techniques were devised for applying molds and bacteria artificially. With these new methods, these same cheeses can be produced anywhere in the world, but may still vary widely in flavor and texture.

People who now the history of cheese have developed a feeling that the world’s most reputable cheeses had to be protected. This brought about an agreement signed by the world’s cheese making countries in 1951 allowing certain names to be used only in the place where the cheese originated; examples are Roquefort cheese and Parmigiano Reggiano. Some cheeses can be replicated but must include the country where it is produced; examples are French Brie, Italian Provolone and Holland’s Edam and Gouda.

From the history of cheese, we can see that technology has brought about the development of processed cheese; these include what we call American cheeses. They start with one or more natural cheeses that are pasteurized to lengthen their storage time and then combined with emulsifiers to produce a smooth texture; colorings and preservatives can be added. Products that are labeled cheese foods or cheese spreads may also contain flavorings and liquid or dry milk products to enhance flavor, increase volume and make it more spreadable. This processing might produce uniform cheese with longer shelf life but cannot duplicate the wonderful unique flavor and texture of natural cheese.

NOTE: The United States Government says that only 51 percent of the finished weight has to be of the natural cheese ingredients.

There are health benefits of eating cheese. It is a concentrated food containing most of the nutrients of milk like calcium, and protein of the same high quality as that in meat, fish and eggs; also a good source of vitamin B12. Cheese is good for children or anyone who needs to add extra weight to their bodies. Cheddar and other aged cheeses are known to fight tooth decay. Despite the high nutritional content in cheese, most people, especially those with a cholesterol or weight problem should only consume it occasionally. Most cheese are high in sodium and fat therefore high in calories. Some cheese can also trigger allergic reactions or migraine headaches. Quite often doctors will suggest eliminating cheese from the diets of patients who have special health problems. 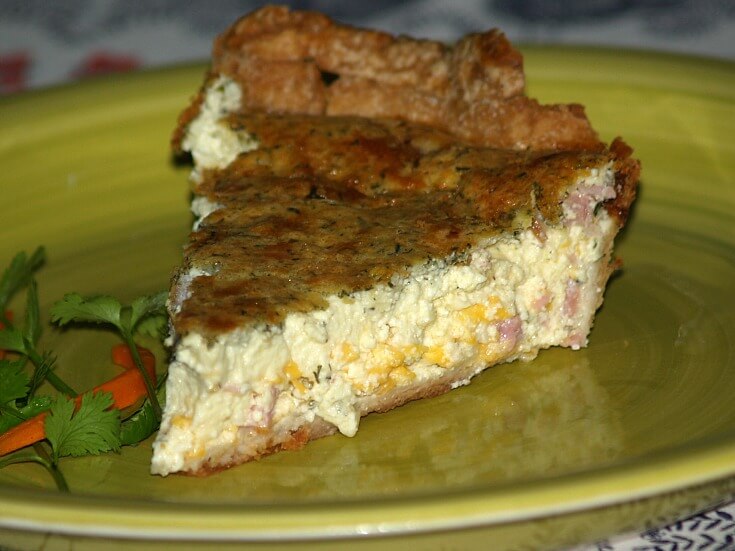 Beat in all the seasonings; stir in by hand the ham and shredded cheeses.

Pour mixture into pie shell; bake about 70 minutes or until top is browned and set.


OPTION: If you want wet creamy cheese, drain a pour back into pot and stir in favorite spices such as dry onion, garlic or chives. Also you can blend into creamy spreadable texture.


For dry cheese tie ends of cheesecloth and hang to drain whey off for 5 hours; should feel solid ball mass. Transfer mass of feta to a large bowl; cut into 1 ¼ inch cubes. Sprinkle all sides of cubes with flake salt, cover with clean towels and let steep in salt for 4 to 5 days.

FACTS ABOUT CHEESE & THE HISTORY of CHEESE

Unusual taste in the milk can be from the health of the animal, their feed, bacteriological action or chemical absorption of foreign flavors after the milk is drawn.


When using Rennet in a recipe, do not try to double the recipe; it does not double like most ingredients.


If cheese has a sour acid flavor, too much acid developed before and during cooking the curd, too much whey was retained in the curd or the curd was not washed enough before draining.


If your cheese produces a yeasty, sweet or unclean flavor it could be from unclean utensils or an impure starter introduced yeasts, molds or bacteria into your cheese; or it could be your milk was not completely pasteurized.


If you have a soft wet curd, there could be too much moisture in the cheese, too much acid developed while cutting the curd, heating the curd at too high or too low of temperature, or allowing too large curd particles to form.


If you have a tough dry curd insufficient acid could have developed in the curd before it was cut, from cutting the curd too fine, too high a heating temperature, or too long of a holding time after cooking and before dipping off the whey.

Throughout the history of cheese, it has been used with many other ingredients to make delicious recipes.

Preheat oven to 350F degrees.
Cook onions in melted butter over medium high heat about 30 minutes stirring constantly.
NOTE: Onions will caramelize to a sweet golden brown.
In a large bowl combine the breadcrumbs, cheese, eggs, salt and pepper.
Stir the milk into the onions; pour over the breadcrumb mixture.
Pour mixture into a greased casserole baking dish; bake 45 to 50 minutes until set.

Combine turnips, carrots, ginger, water and ½ teaspoon salt in saucepan.
Cover and cook over medium high until vegetables are tender 10 to 15 minutes.
Drain vegetables and set aside; RESERVE liquid.
In skillet melt butter; sauté onion and celery until tender.
Stir in flour, pepper and remaining salt; stir in the milk and reserved vegetable liquid.
Bring to a boil; cook and stir until thick and bubbly.
Stir in cheese until melted; stir in the vegetables and heat through.
Serves 6 to 8.