How to Cook Barley

Learning how to cook barley will add a whole new experience if you are trying to get more grains in your diet. Barley is a grain grown around the world, and incredibly versatile. You can find it in anything from animal fodder and beer to soups and breads. While you can make barley flour to use instead of wheat, it isn’t a gluten free substitute. You may wonder what is pearled barley used for and how it’s different to other forms of barley. It’s simply barley without its bran layer, meaning that it cooks quicker and less chewy. 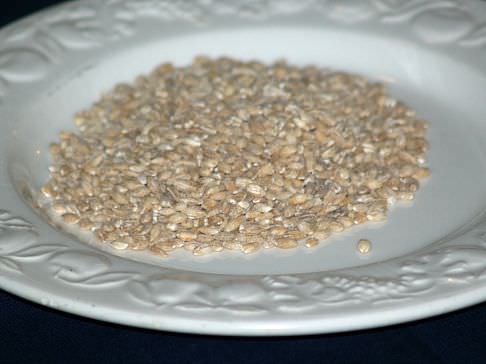 How to Cook Barley

The History Of Barley

Barley has been part of the human diet for over 10,000 years in various forms, and has been touted as the reason behind the European conquest of much of the globe due to the fact it can be grown anywhere and is highly nutritious. It is claimed that barley beer was the first alcoholic drink, and that it formed the basis for bread in early civilizations like the Egyptians. In medieval times in Europe, barley was used as a social divider due to its cheapness. Wealthier people would show off their riches by eating wheat products, while the peasants developed a whole series of recipes using barley. In modern times, it’s used all over the world and is widely recognized for its energy levels and high fiber content.

Learning how to cook barley is very simple, as there are plenty of different uses for it. You could try these barley recipes:

You don’t need to know how to cook barley to be able to use it, as you can get it pre-cooked in cans in your supermarket. However, dried barley is cheaper and more versatile, giving you more cooking options.

How to cook barley in a tasty vegetable recipe.

This is the first recipe I learned how to cook barley in.

1. Fry the onions over a medium heat until they’re soft

2. Add the pearl barley and cook until the leftover oil has been soaked up

4. Ladle in the stock little by little, allowing each ladleful to be fully absorbed by the barley before adding the next. This technique of how to cook barley can be used as a soup base.

6. Serve with Parmesan cheese and a simple side salad.

In a large pot bring soup stock to a boil over high heat; add barley and cover.
Reduce heat to medium low and cook until barley is tender about 1 hour.
Clean and sort spinach discarding any tough leaves; cut crosswise into ½ inch pieces.
In small saucepan combine and blend cornstarch and water until smooth; stir in yogurt and sugar.
Cook while stirring often over medium low until mixture boils; remove from heat and set aside.
Add spinach to cooked barley and continue to simmer 3 minutes longer.
Thin soup with more stock or water if needed; season to taste.
Makes about 12 cups.

Melt 3 tablespoons butter in heavy skillet; sauté mushrooms over medium high heat about 4 minutes.
Transfer mushrooms to small plate; add remaining butter to skillet and heat until foam has subsided.
Add onions to butter and cook just until wilted.
Add barley and stir over medium high heat until golden brown.
Combine barley and onions with mushrooms in casserole baking dish.
Add about 1 ½ cups hot chicken broth, cover and bake at 350F degrees for 30 minutes.
Add another 1 ½ cups chicken broth and bake another 30 minutes; season to taste.
If barley absorbs too much liquid add a little more broth; sprinkle with parsley before serving.

Learn how to cook barley in a cake.

In large mixing bowl beat egg WHITES and cream of tartar until smooth; set aside.

Fold ¼ of beaten whites into batter; fold in remaining whites.

Pour into prepared pan; bake on LOW RACK OF OVEN for 60 to 65 minutes.

Cool 20 minutes; run knife around edge and invert on plate.

TO MAKE ICING mix together powdered sugar and cocoa.

Stir in the vanilla and enough milk to make a thick glaze.

Learn how to cook barley in a meatloaf.

Heat olive oil in skillet; add onions and carrots and sauté until onions are clear.

Add the barley and chicken stock; bring to a boil, reduce heat and simmer 30 minutes.

When all liquid is absorbed dump into colander to drain out excess moisture.

FOR TOPPING blend together ketchup, mustard and brown sugar; spread over loaf.

Learn how to cook barley in a casserole.

Combine oil and next 4 ingredients in large saucepan.

Bake for 35 to 40 minutes until hot and bubbly.

Learn how to cook barley with risotto.

Bring the broth to as boil; REDUCE HEAT to low.

Stir in salt and pepper to taste; turn heat to low.

Note: Wait for the liquid to be almost absorbed before adding more.

Cook about 45 minutes until barley is soft but chewy.

Stir in Parmesan cheese and 3 TABLESPOONS of the parsley.