How to Cook Chicken Livers

When people learn how to cook chicken livers correctly, many tell me they never realized how good they taste.  The favorite way is to fry them crisply. I use the same chicken seasoning that I use to fry chicken, mix it with flour and fry them in a skillet.  They cook very quickly and the flavor is fantastic. 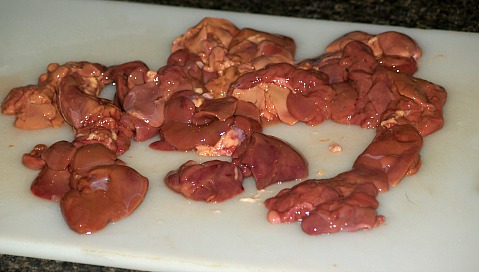 Learning how to cook chicken livers will lead you far beyond simply frying them. Below I am giving you a selection of my favorite recipes. Not only do they taste good, but chicken livers are the cheapest part of the chicken allowing you to prepare a good meal for your family at a reasonable price.

A lot of people will tell you they don’t like to eat chicken livers because of the high amount of cholesterol. Although this is true, we do not want to overlook the healthful supply of iron and zinc which they contribute to our bodies. Chicken livers are also a wonderful source of the B vitamins and others. As you can see, while it might be a good idea to limit how often you eat chicken livers, it is not so wise to eliminate them altogether from your diet. 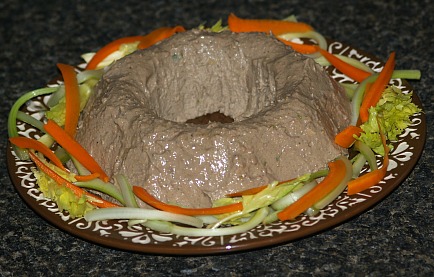 In small saucepan simmer brandy until reduced to 6 tablespoons; set aside.
Sauté green onions and livers in ¼ cup butter until livers are done.
Spoon liver mixture into container of food processor.
Add brandy, whipping cream and seasonings to processor; process until smooth.
Add 1 cup of butter to processor and process until blended well.
Spoon pate mixture into lightly oiled 5 cup mold; chill at least 3 hours.
Unmold and garnish if desired; serve with crackers. 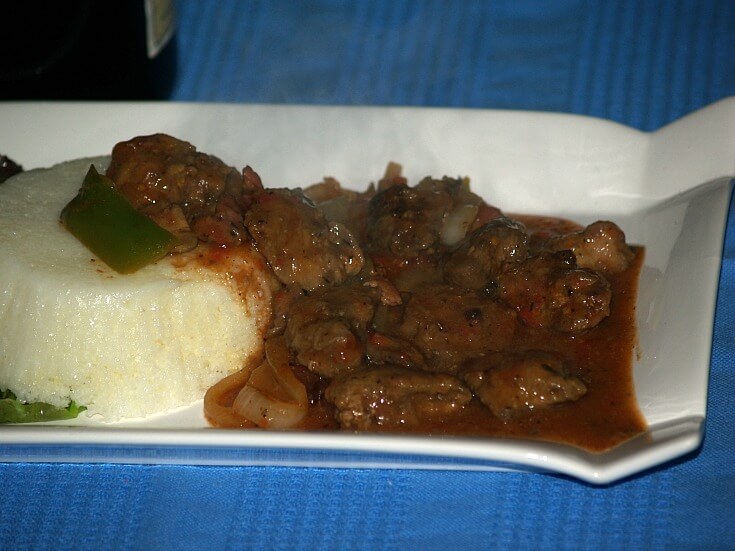 Brown bacon in large skillet; remove from skillet and cut into pieces onto plate.

Add onions and green peppers to skillet and sauté until tender; remove to bacon plate.

Brown liver pieces on both sides; remove to plate with bacon and vegetables.

Add more fat if needed to skillet making about 4 tablespoons.

Stir into fat about 3 tablespoons of remaining seasoned flour until blended.

Add to the skillet the tomatoes, wine and water; stir until blended.

Add to skillet the plate of livers, bacon and vegetables; stir until blended.

Learn how to cook chicken livers to make a simple meal of rice and mushrooms. 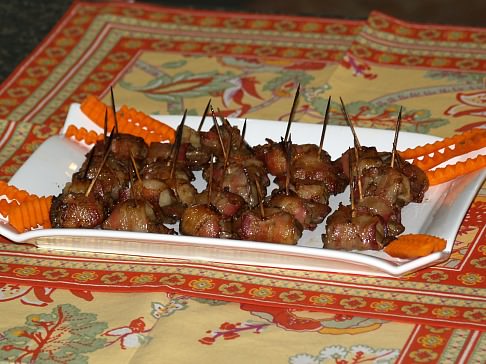 Cut chicken livers into 1 inch pieces.
Combine soy sauce, wine, ginger and garlic in an 8 inch square baking dish; stir well.
Place chicken livers in soy sauce mixture; cover and marinate in refrigerator for 2 to 3 hours.
Cut water chestnuts in half.
Place a water chestnut half and piece of chicken liver on each piece of bacon.
Roll up bacon and secure with a wooden pick.
Arrange on baking sheet and broil 4 inches from heat 3 minutes on each side until bacon is done.
Makes 26 to 30.

NOTE: Below you can learn how to cook chicken livers in the microwave using the Rumaki recipe.

Follow above directions until ROLLING AND SECURING WITH PICKS.
Arrange the rolls on paper towel lined microwave platters; about 1 dozen on each.
Cover the appetizers and refrigerate up to 2 hours.
When ready to microwave, cover platters with paper towel.
Microwave each platter on HIGH for 4 ½ to 7 minutes or until bacon is crisp and liver is done giving each platter one half turn. 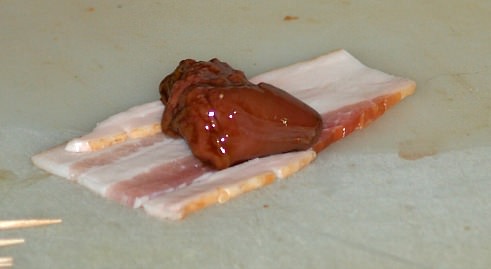 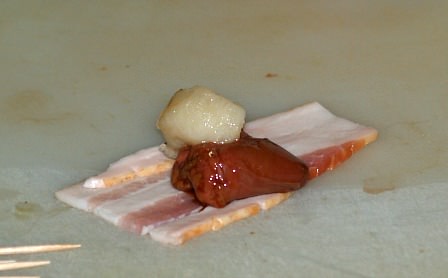 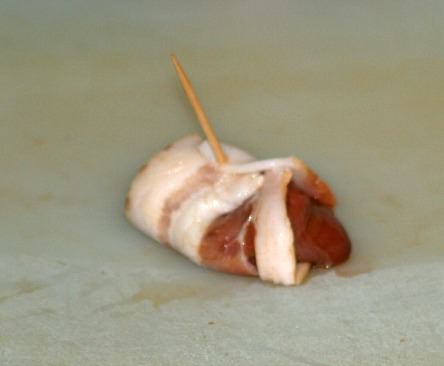 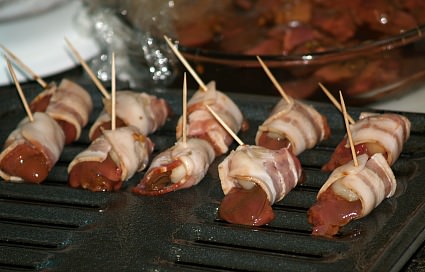 This recipe will teach you how to cook chicken livers making a delicious omelet.

Basic Omelet for ONE

Wish eggs, water and salt together in a medium bowl only until well blended.
Slowly heat butter in a 9 inch skillet or omelet pan; turn egg mixture into pan over medium heat.
As omelet sets run spatula around edges to loosen; tilt pan to let uncooked portion to run underneath.
Continue tilting and cooking until omelet is almost dry on top and golden on the bottom.
Add filling, fold in thirds and remove to plate.

Heat butter in a large skillet; sauté onion and parsley 5 minutes.
Add chicken livers; cook stirring occasionally about 8 minutes.
(Livers should be brown on all sides and cooked through but not overcooked)
Remove to heated platter.
Stir remaining ingredients into drippings of the skillet; bring to a boil.
Pour over livers; serves 6.

This is how to cook chicken livers fried to perfection.

Combine all ingredients in saucepan; cook until thoroughly heated.
Serve hot or cold; store in refrigerator.