How to Cook Chicken Wings

How to cook chicken wings? This certainly was not a question that I ever heard when I was young. As a matter of fact no one ever wanted to eat the chicken wings. Usually Mom would cook some type of a “pot meal” with the chicken to make it feed more people. In our large family, when Mom fried chicken, it was a “battle” NOT to end up with a chicken wing; that is everyone except Sister Gloria. She was the only person that I knew who liked chicken wings.

When Mom fried chicken and she felt she had plenty to feed everyone, the wings went in a pot with the necks and backs to cook into rich chicken broth. This broth would then be used to cook noodles, dumplings or to make a pot of soup.  We always used every part for something! I do know of “town people” who would throw these parts away; yes, even the now loved chicken wings.

Oh, how times have changed. The popularity of chicken wing recipes has been one of the greatest changes in my cooking life. Years ago I could never have imagined how much people love chicken wings now. Even me; I have not tasted any that I did not like.

I think this popularity came about with the hot spicy Buffalo wings which came out of Buffalo, New York. Even though I have read this new food originated in the late 1960”s, it was not until the early eighties that I had the pleasure of tasting when I moved to Orlando.  Like everyone else I was hooked!  Like everyone else also I was looking for other ways of preparing these tasty little pieces of the chicken.  How to cook chicken wings became one of the most frequently asked question in the food world.

Up until The Buffalo wing recipe was released around the country you could get wings at the grocery for almost nothing. Even until the last five years I could get bags of them at a very reasonable price. These were the WHOLE chicken wings. This included the “tip” of the wing which the recipes generally instruct you to cut off and discard. Even so, the price I paid was still very good. 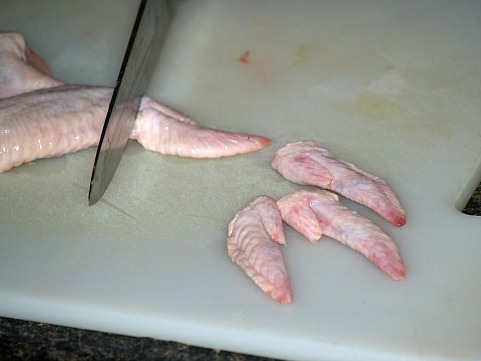 Cutting the Tip of the Chicken Wing to Discard

When you learn how to cook chicken wings you can use them for delicious appetizers or as a main entrée.

How to Cook Chicken Wings

HOW TO MAKE HOT WINGS 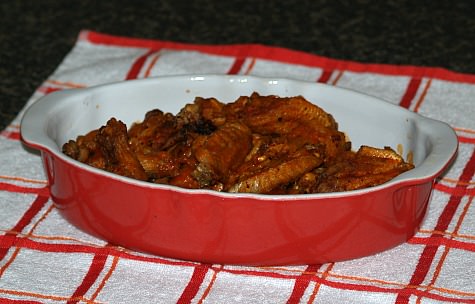 This is how to cook chicken wings hot. I found the hot wings very easy to make; I do not know how I got started but here is how I still make them.

Drop wings in hot cooking oil and fry until golden brown; remove from oil and drain.

In a saucepan melt 2-3 tablespoons butter, add 1 tablespoon vinegar and a bottle of hot sauce.

NOTE: I use Crystal brand of hot sauce.

Heat mixture to hot and pour over the cooked wings; toss wings to coat. 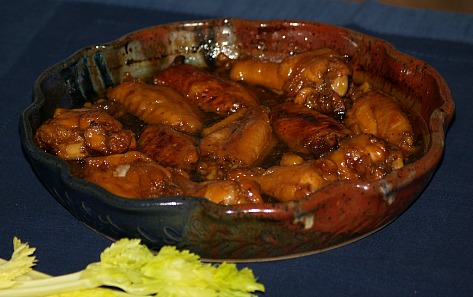 This is how to cook chicken wings with honey.

Bake 1 hour until chicken is done and sauce has caramelized. 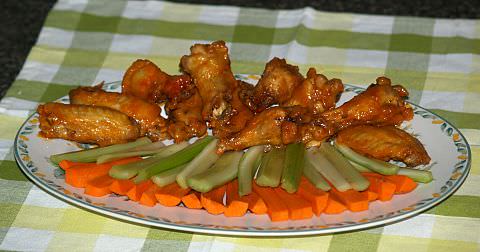 This is how to cook chicken wings hot and spicy!

After discarding chicken wing tips separate between the first and second joints with a sharp knife.

Heat about 2 inches of oil in a heavy saucepan to about 350F degrees.

Fry a few wings at a time until golden brown about 6 minutes. 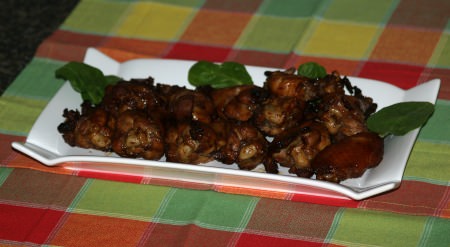 Place chicken wings in a shallow dish; mix remaining ingredients and pour over the wings.

Line broiler pan with foil; arrange chicken on the rack (Top) of the foil lined pan.

Use RESERVED MARINADE for brushing the chicken as it bakes. 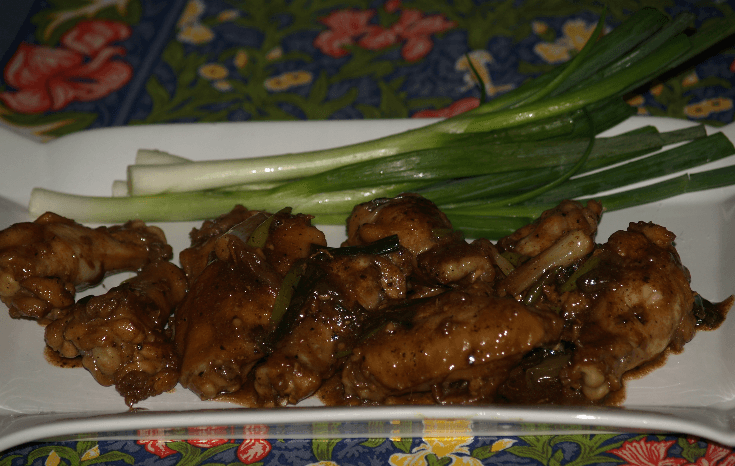 This is how to cook chicken wings as an entree.

Add seasoned wings; stir fry wings until they start to brown and remove with slotted spoon.

Add garlic and onions to the wok to flavor oil; add wings back in and a little water.

Cover again and cook 5 to 10 minutes longer until sauce is almost entirely absorbed. 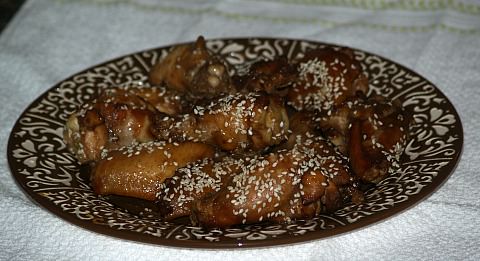 This is how to cook chicken wings with sesame seeds.

Place wing pieces in a dish.

Pour mixture over chicken; cover and marinate in refrigerator overnight.

Remove wings from marinade and place in a baking pan.

Bake 30 minutes; turn wings over and bake another 30 minutes.

Sprinkle wings with sesame seeds and return to oven another 5 minutes.

Use as an appetizer or serve as a meal with rice. 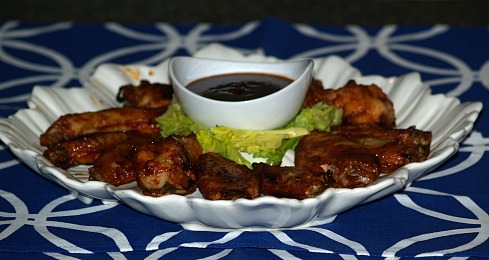 This is how to cook chicken wings with barbeque sauce.

Broil 4 to 6 inches from heat for 15 to 20 minutes or until no longer pink turning often.

NOTE: Try this recipe on your outdoor grill. 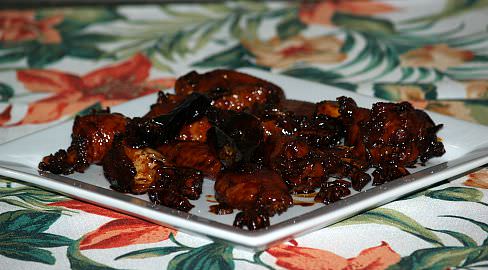 Bring mixture to a boil and drop in the chicken wings.

Cover and then turn off the heat; simmer for 10 minutes. 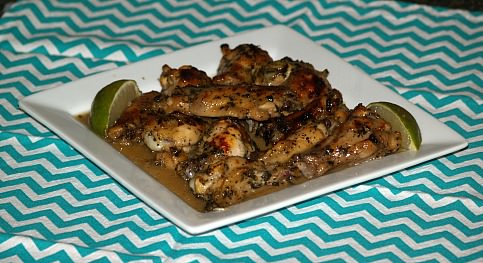 NOTE: You can substitute all key lime (marmalade, juice and peel) with lime or lemon.

Learn how to cook chicken wings with a taste of the Keys!

Strain the marinade into a heavy saucepan; boil until mixture is reduced in half about 5 minutes stirring.

Boil another minute and brush marinade over the chicken.

These can be made a couple hours in advance, cover with foil and place in warm oven.

Place wings on platter to serve and add garnishes.