How to Cook Indian Chicken

I always wanted to learn how to cook Indian chicken. For years I have heard about the spice and flavor of the foods of India. I have eaten in many “so called” Indian restaurants around this country and have always been so disappointed in the flavor. It has never lived up to its reputation. I love spicy foods, especially spicy chicken recipes and thought I would love the combination of the many wonderful Indian spices.

After years of searching for some good food of India, I discussed this problem with friends who were originally from India. Their answer was that most of the time these places do not know how to cook Indian chicken. They assured me that the food should have spice and lots of good flavor; all the spices that I love.

I learned how to cook Indian chicken by adding an Indian spice mix that I make. When I am hungry for chicken with that great flavor that the foods of India have, I can simply sprinkle it on before cooking. I am told that this Indian spice mix is actually called tandoori masala. It is named for the tandoor which is the clay oven in which it was usually cooked. I do not have a clay oven but it works very well adding lots of flavor in my regular oven. This wonderful blend of spices is also good on other meats besides chicken and on vegetables.

When I learned how to cook Indian chicken I started with chicken curry. It is probably the most popular of all the foods of India. Many of my British friends over the years have expressed their love for this dish. The many Indian immigrants brought their recipes for this chicken dish many years ago. My friends have all described to me in detail of how they cook the chicken and serve it with many different condiments. The seasoning is primarily curry, but many combine it with the tandoori masala and other spices like saffron and ginger depending on the recipe.

If you are learning how to cook Indian chicken , another chicken dish popular around the world is called a butter chicken recipe. Supposedly this was created as a matter of emergency when running out of the tandoori chicken recipe. Rather than taking time to slowly cook it in the tandoor oven, it was cooked quickly in butter over direct heat. Today the chicken is typically marinated overnight in yogurt and spices. Again, as in other recipes, butter chicken can include the Indian spice mix (tandoori spice) with the addition of other spices like turmeric, ginger, lime, pepper, chili spice and dried fenugreek.

Below I added an Indian spice mix to give your recipes additional flavor as you learn how to cook Indian chicken. This spice can be used to make another dish, which is especially popular in Britain called chicken tikka masala recipe.  Chunks of chicken are seasoned with the mixture and baked in the tandor oven. Even though the titles of the recipes may vary greatly, I find them all similar in taste and ingredients.

Combine and blend all ingredients; store in airtight glass container.
Sprinkle on chicken before cooking.
Can also be sprinkled and tossed with cooked vegetables. 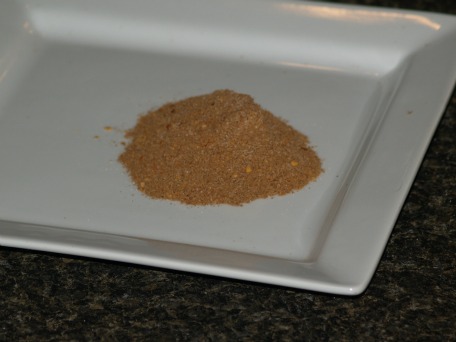 When you learn how to cook Indian chicken you may want to use various chutney recipes with them. Many types of chutney are included in the foods of India to be served with many of the curried chicken recipes and other spicy chicken recipes. This peach chutney recipe is one of my favorites.

Combine and mix in 2 quart casserole dish.
Cover tightly and microwave on high 5 minutes.
Stir, cover and microwave until peaches are transparent and chutney is syrupy; 5 to 7 minutes.
Refrigerate until chilled.

Learning how to cook Indian chicken will lead you to serving rice with your recipe quite often.

Remove giblets and neck from chickens; rinse and drain chickens well.
Tie legs and tail of each chicken together with string.
Combine ginger, coriander, and pepper; rub into birds and place in open roasting pan.
Melt butter in 2 quart saucepan over medium heat.
Stir in onions, yogurt, half and half, turmeric and salt; pour mixture over the chickens.
Roast in preheated oven at 325F degrees for 2 hours or until tender basting frequently.
Move chickens to warm platter and remove strings from legs.
Spoon sauce over hot rice to serve with chicken.

Some of the foods of India can be very economical like this one which uses the cheapest parts of the chicken; still very good. 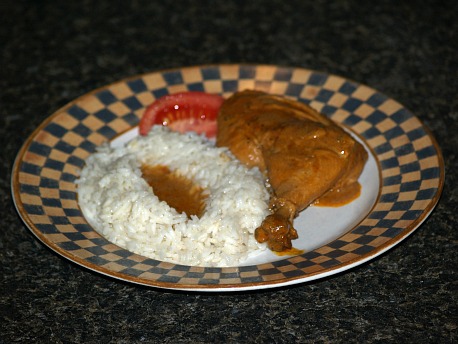 How to Cook Indian Tandoori Chicken 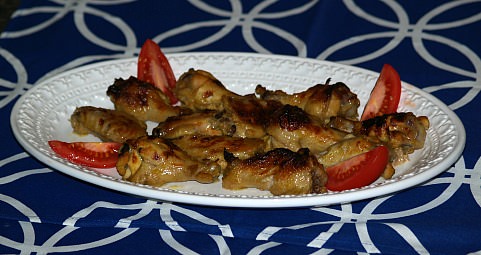 Curry is the most wide known seasoning for the foods of India. 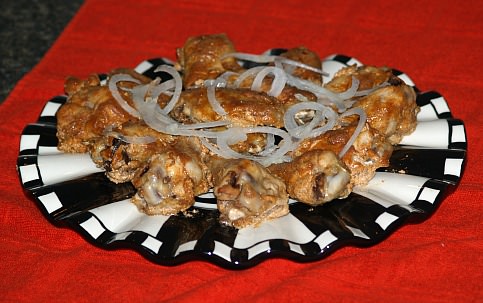