How to Cook Oysters

When learning how to cook oysters, you will find there are many techniques. There are also many different recipes for each way of cooking them. Many people love good quality fresh oysters served raw. (I do not eat them raw and do not recommend it. Supposedly you only eat them raw in months without an “R” in it. I am No expert in this area.) To cook oysters, they can be broiled, grilled, fried, sautéed and steamed. They are used in recipes like stuffing, stews, scalloped, barbequed, in salads, for sandwiches and so many other ways. 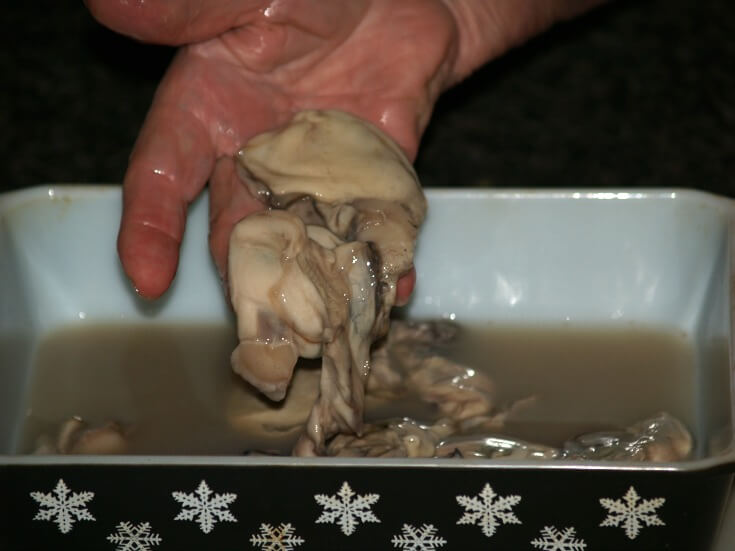 How to Cook Oysters

Most people will express either their love or hate for oysters; no in-between. Much of the “love for oysters” comes from the regions you are talking to. Coastal regions have access to very fresh ones which are delicious when prepared. Quality is important when preparing oysters and other seafood due to quick deterioration.

When learning how to cook oysters, you should know there are over a hundred varieties. From these different types, there are only five species. The different species depend on the location of harvesting. The ones I usually purchase are Crassostrea Virginia. They come out of the Atlantic Ocean along the North American coasts. These are a little larger and the only indigenous oyster in North America. Because of the size, these make a beautiful presentation when battered and deep fried, grilled or broiled. Great for appetizers!

Along the U.S. Pacific coastal area, the Crassostrea Gigas are harvested. These are not indigenous to America but were brought into these waters. The shells of these oysters are prettier in colors and ruffled on the edges. When learning how to cook oysters, for the most part they are interchangeable in recipes. However true this is, this type of oyster offers a pretty presentation when serving them in the shell. These are known to be sweeter and less briny than the Atlantic oysters.

Also from the west coast of the United States is the Olympia Oysters (Or Ostrea Conchaphila). This is the only indigenous oyster to our west coast. If learning how to cook oysters, this flavorful oyster is the smallest of all the species. It is known for a strong sweet celery flavor and a creamy texture.

The European flats or Ostrea Edulis from Europe have smooth flat shells. With a meaty texture, many describe them as having a crunch when eating. The Asian Crassostrea sikameafrom or kumamoto oysters are known for their bowl shaped shells. They are small and have a sweet nutty flavor; good for soups and stews, if you are learning how to cook oysters. Although I have cooked oysters successfully for decades, I must admit that I am no professional when it comes to oysters. I mostly use them all interchangeably except I like larger ones for appetizers or presentation.

HOW TO CLEAN OYSTERS?

Scrub each oyster shell with a stiff brush under running cold water.

To open (known as shucking) place rounded side down on cutting board.

Cover oyster with clean cloth to protect your hands.

Slide knife along inside of upper shell to cut muscle and release oyster.

Try to reserve as much of the juice as possible.

NOTE: When serving raw in the bottom half shell, juice is served also.

PREPARING OYSTERS ON HALF SHELL

HOW TO COOK OYSTERS BATTER DIPPED 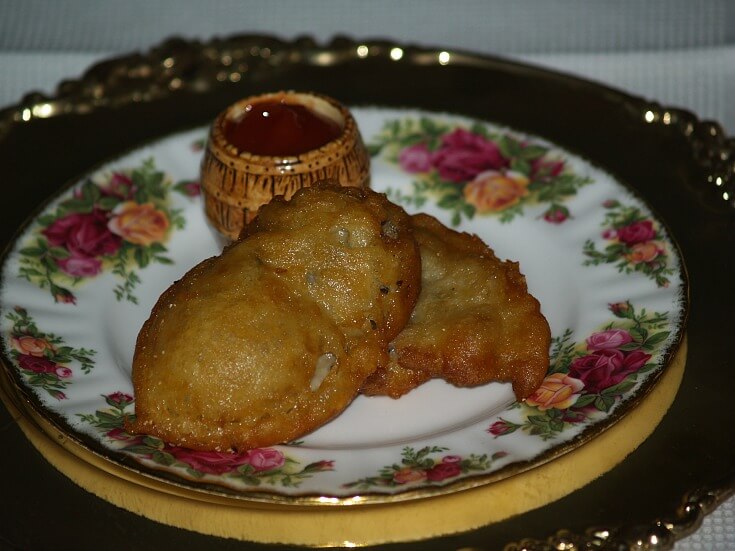 Learn how to cook oysters by dipping in batter and deep frying.

Look over oysters and remove any bits of the shell.

Beat in the flour and salt until smooth.

Brown on both sides turning once; drain on paper towels. 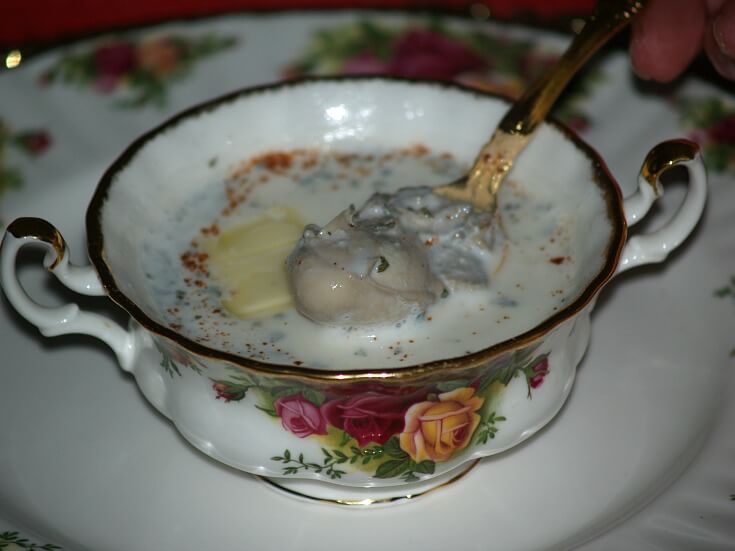 How to cook oysters in a creamy stew.

Heat oysters in saucepan just until edges start to curl.

Serve hot in hot bowls; top with pat of butter.

HOW TO COOK OYSTERS SCALLOPED 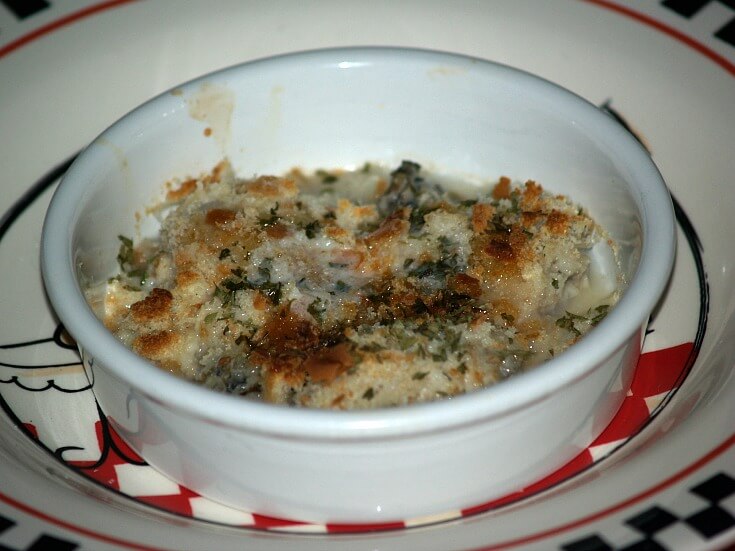 Divide crumb mixture in half; use half to line 4 dishes.

Arrange 6 oysters in each of 4 dishes over crumbs. 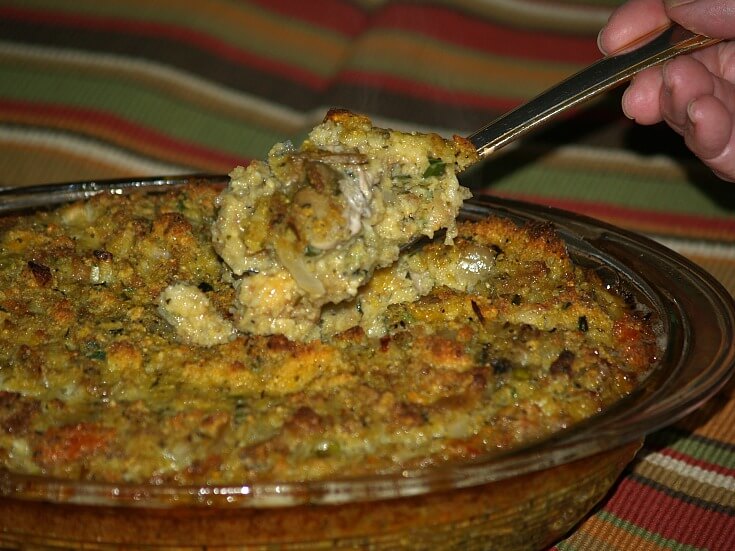 Learn to cook oysters in this delicious cornbread stuffing. Start by making the cornbread (Can be made ahead of time). 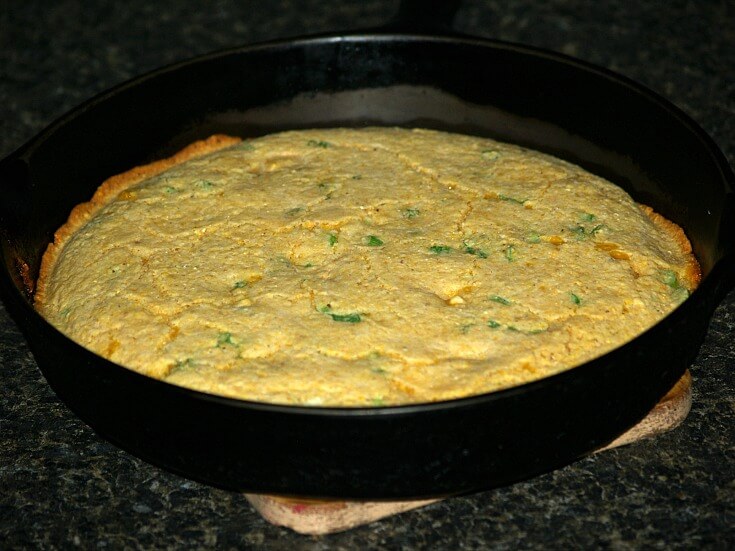 Combine the flour, cornmeal, baking powder and salt in bowl.

In small bowl stir together milk and egg; add to flour mixture.

Stir mixture just to blend all dry ingredients; stir in cheese and onions.

Place skillet in oven until hot and grease melts.

Pour batter into hot skillet; bake for 20 minutes until done. 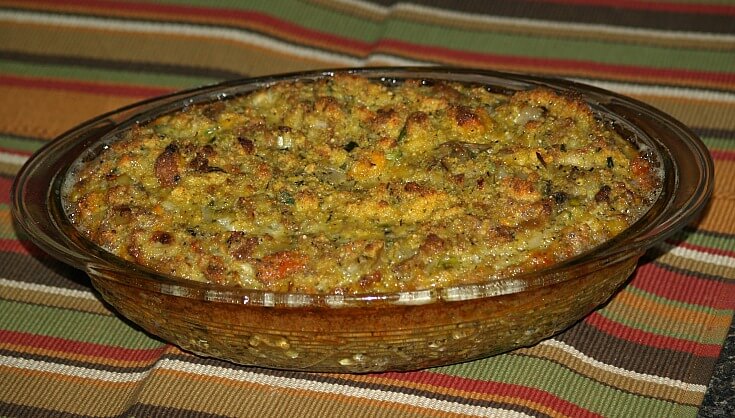 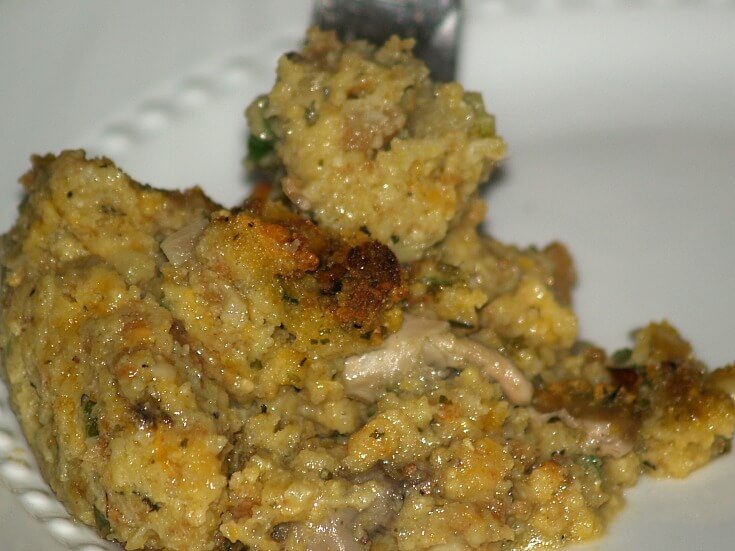 Cook and stir 5 minutes until vegetables are tender.

Broil in hot oven until brown; turn over and brown on other side.

Learn how to cook oysters on the grill.

Sauté shallot and garlic in butter for 2 minutes.

Spoon 1 tablespoon ham mixture onto oyster in each shell bottom.

Top each with a portion of the crab meat; top with 1 tablespoon Mornay Sauce.

Stir in flour until smooth; cook and stir another minute.

Gradually stir in milk; cook and stir over medium until thickened.

Stir in all cheeses until smooth; makes 1 ¼ cups.

Learn how to cook oysters fit for a king.

Cook stirring occasionally until spinach wilts and mixture is hot.

Toss in breadcrumbs; set aside off heat.

NOTE: Use enough to keep oysters in shells and from tipping over.

Place oysters in half shell a little down in the salt.

Spoon spinach mixture on the oysters; sprinkle with bacon and Parmesan.

Bake 10 minutes or until bacon is crisp; garnish with lemon wedges.

Dip each oyster in egg mixture; dredge in breadcrumbs.

Place in baking dish turning to coat with butter.

Learn how to cook oysters with this delicious recipe.

Add oysters back into skillet; simmer until oysters are tender.

Learn how to cook oysters like in Louisville Kentucky. (Supposedly was copied from the local newspaper.)

Beat egg and milk together; stir into flour mixture.

NOTE: Mixture should be stiff to form into croquettes; if too stiff beat in more “drops” milk.

Take 3 batter coated oysters out at a time.

With hands shape into a croquette; quickly roll into meal to cover completely.

Coat again with the batter and roll in meal again.

Heat lard or oil to 375F degrees (No hotter; need to thoroughly cook).

Place croquettes in basket without crowding; lower into hot fat.

Cook about 3 to 4 minutes until browned all over; drain on paper towels.

NOTE: Key is to keep the oysters from separating from the croquettes.

Learn how to cook oysters in casseroles.

Scatter oysters over the top; top with cracker crumbs.

Learn how to cook oysters with wild rice.

Cook rice according to package directions.

In large skillet brown onion and celery in ¼ cup of butter.

Pour oyster and butter over casserole spreading out the oysters.