How to Make a Pear Cake Recipe

I never learned how to make a pear cake recipe as early in my life as I did other cakes. Cake has always been my favorite dessert so I learn at a very young age to make cakes. Most of my early cakes were simple ones like white, yellow and chocolate, especially chocolate mayonnaise. I almost always baked my first cakes in an oblong cake pan (9X13). This was easy and any frosting was applied in the pan. 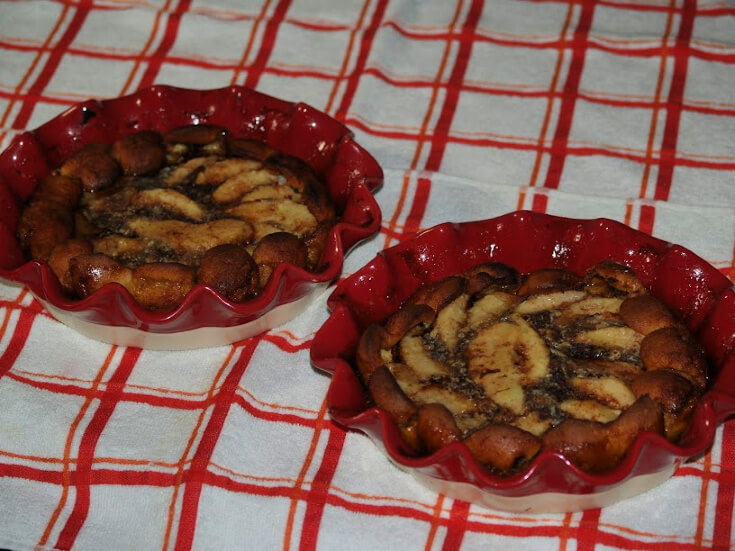 How to Make a Pear Cake Recipe 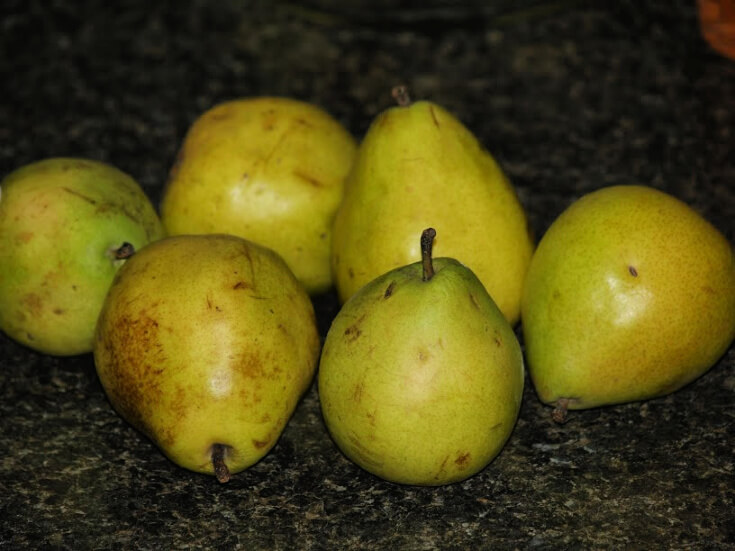 We never had an abundance of pears like we did apples. When we did have pears, they were quickly eaten fresh. Occasionally Mom grabbed a few of them to make a pie or poached pears. Even though many cakes back then were made with apples, I never thought about making pear cakes. When I got a little older I thought if cakes are made with apples, I could learn how to make a pear cake recipe by substituting the apples with pears. I actually love pears as much, if not more than apples especially in cakes.

When you have learned how to make a pear cake recipe, you will like slightly softer riper pears in the cake. Some recipes like poached pears, it is best to have firmer pears but not so for cakes. The perfect way to tell if a pear is ripe enough press near the stem and it will give a little. If the base of the pear gives when pressed, the fruit is probably overripe. You can ripen pears quickly if you feel they are too hard to eat or use in cakes. Place the fruit in a paper bag and store at room temperature until the fruit softens a little.

When learning how to make a pear cake recipe several forms of this delicious fruit can be used. Of course, sliced or chopped fresh ripe pear is probably the most common. Like applesauce, pear sauce is great to use for additional flavor to many of your cake recipes. If fresh pears are not available canned pears are also great to use. Actually, canned pears or poached pears are often preferred. 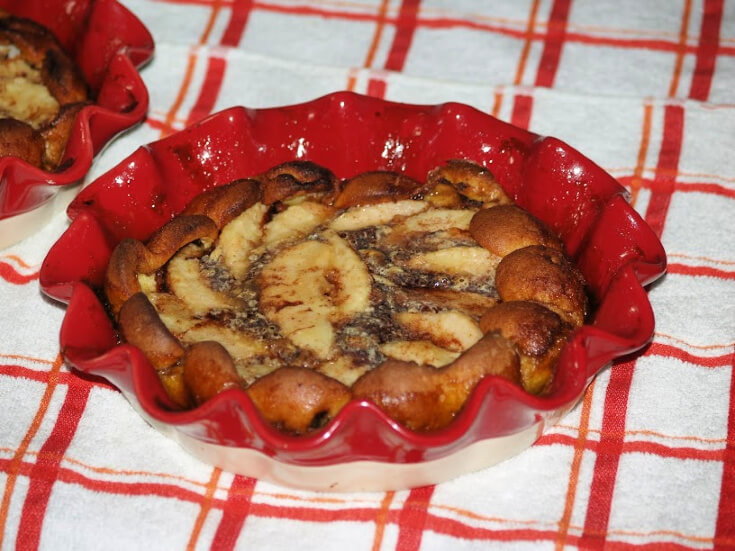 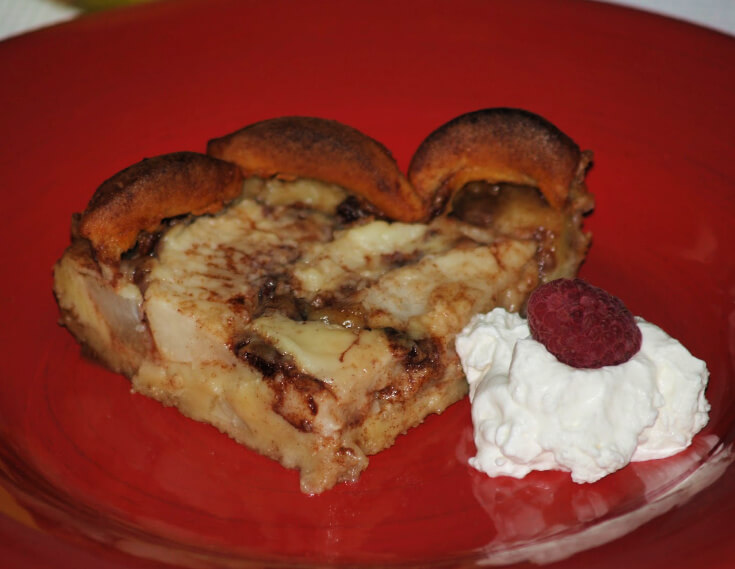 Learn how to make a pear cake recipe resembling a “betty” with cinnamon syrup. 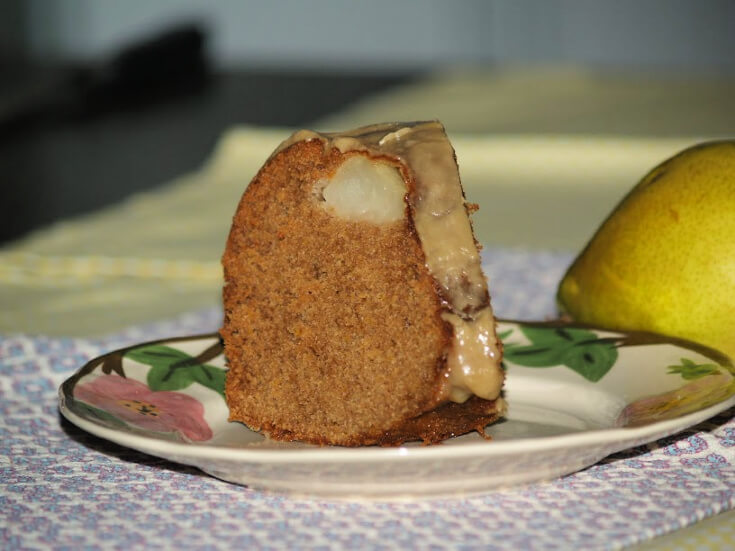 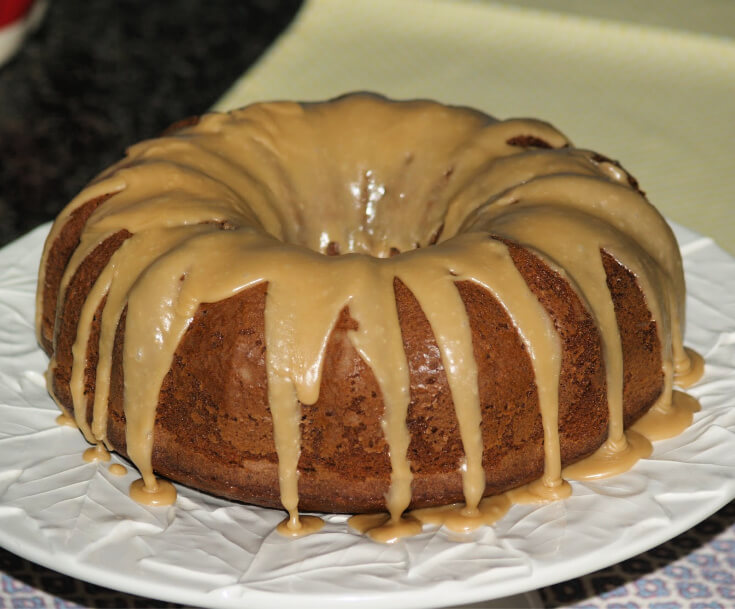 Learn how to make a pear cake recipe with a delicious glaze.

Preheat oven to 325F degrees; grease and flour a large Bundt cake pan.
In a large mixing bowl combine and mix the flour and next 6 ingredients.
Make a well in the center of the dry ingredients; add eggs and oil to the well.
Stir mixture to combine; stir in the pears, orange peel and vanilla until well blended.
Pour batter into prepared pan smoothing top with back of spoon.
Bake cake about 1 hour 15 minutes until pick comes out clean; cool on rack 20 minutes.
Turn cake out onto rack; cool completely.
FOR GLAZE combine brown sugar, cream, butter, vanilla and salt in a saucepan.
Bring mixture to a boil over medium high heat whisking constantly.
Cook and stir for 1 minute; remove from heat and cool completely.
Gradually stir in the powdered sugar until smooth.
TO ASSEMBLE place cake on a cake plate; drizzle glaze over top of cake.
Serves 10 to 12.

Learn how to make a pear cake recipe with warm spicy flavor.

Learn how to make a pear cake recipe with broiled coconut pecan frosting.

Preheat oven to 350F degrees.
Grease and flour 9X13 inch cake baking pan.
Combine and mix flour and next 7 ingredients in a large bowl.
Beat in the shortening, eggs and pureed pears on low speed of mixer for 30 seconds.
Increase mixer speed to medium and beat for 3 minutes scraping the sides of bowl.
Fold in the raisins and pour into prepared pan; bake for 30 to 35 minutes until pick is clean.
TURN OVEN TO BROIL.
TO MAKE TOPPING beat together brown sugar and butter until fluffy.
Beat in light cream until smooth; stir in coconut and pecans.
Spoon topping evenly over warm cake spreading gently.
Broil 6 inches from heat about 3 minutes until top is bubbly and light brown.
Cool before serving; serves 16-24.

Learn how to make a pear cake recipe combined with spicy gingerbread.

Preheat oven to 350F degrees.
Line 8 inch square pan with foil; butter foil.
Peel pears, core and cut into 8 slices; set aside.
Combine ½ CUP of the butter, brown sugar, pecans and ginger.
Spread into prepared pan; arrange pear slices over top.
Beat ½ CUP of butter on medium speed of mixer until creamy.
Gradually beat in ½ cup of sugar; beat in egg and corn syrup.
In another bowl combine flour and next 4 ingredients.
Add to creamed mixture alternating with boiling water on low speed.
Beat until well blended; pour batter over the pear slices.
Bake 35 to 40 minutes until pick comes out clean.
Run a knife around edges to loosen sides; cool in pan 10 minutes.
Invert cake onto a serving plate; serves 9.

HOW TO MAKE A PEAR CAKE RECIPE with CHOCOLATE

Learn how to make a pear cake recipe with chocolate batter.
Topping

Preheat oven to 350F degrees.
FOR TOPPING pour melted butter in an 8 inch round cake pan.
Sprinkle brown sugar over top; arrange pear halves cut side down.
Slide 1 cherry under cavity of each pear half.
Chop remaining pears and set aside.
FOR CAKE in medium bowl combine butter with next 7 ingredients.
Beat on low speed of mixer 1 minutes or until blended.
Increase speed to medium; beat 2 minutes scraping down sides occasionally.
Fold in remaining chopped pears; carefully spoon batter over the pears in pan.
Bake 45 to 50 minutes or until pick comes out clean; cool on rack 2 minutes.
Invert cake onto serving plate leaving pan in plate for 3 minutes allowing sauce to drip.
Carefully remove pan and cool to room temperature; garnish with sliced almonds.
Serves 6 to 8.

Learn how to make a pear cake recipe like a pear cheesecake.
Crust

Learn how to make a pear cake recipe like this old fashioned one with buttered rum sauce.
Cake

Preheat oven to 325F degrees; butter 9X13 inch cake baking pan.
FOR CAKE cream butter; gradually beat in sugar until light and fluffy.
Beat in eggs one at a time beating well after each addition.
Sift together the flour, baking powder, soda, salt, nutmeg and cinnamon.
Gradually flour mixture to the creamed mixture; stir in pears and nuts.
NOTE: Mixture will be fairly stiff.
Bake cake for 55 to 70 minutes until pick comes out clean; cool in pan.
FOR SAUCE combine sugar, butter and cream; stir over low heat until hot.
Stir in rum over heat for 3 minutes.
TO SERVE cut cake into squares; spoon rum sauce over top.
Top with whipped cream; serves 12 to 15.

Learn how to make a pear cake recipe for the low fat diet with cream cheese sauce.
Cake