How to Make a Souffle

Before learning how to make a souffle let us look at just what is a souffle? Many of our luscious delicate creamy desserts are of French origin. The souffle is attributed to a well known French chef in the nineteenth century. Although “souffles” can be savory, the name is notorious for great sweet desserts. For now, it is the dessert soufflé which I want to focus on. The souffle is similar to a mousse but much lighter in texture. The souffle is similar also to a Bavarian cream but does not always contain gelatin as does the Bavarian cream. 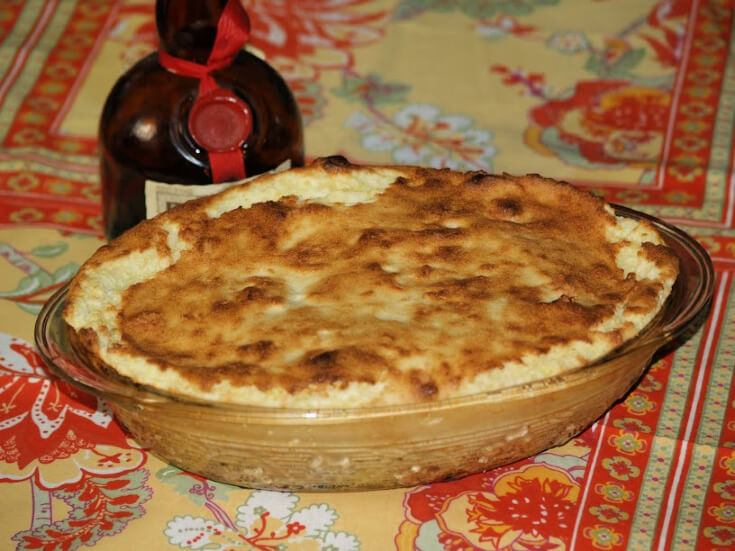 How to Make a Souffle

Eggs are essential in making souffles with recipes using at least two eggs but most of the time three to six eggs. The eggs are separated with the yolks being beaten and mixed into the other soufflé ingredients. The lightness of this dessert comes by beating the egg white to stiff peaks. Then they are carefully folded into the other mixture. Some souffle recipes are baked but others are not. The soufflés which are not baked might also contain gelatin and/or stiffly whipped cream.

When learning how to make a souffle, it is important to understand the difference in baked soufflés and no baked. Hot baked soufflés are really delicious especially the chocolate ones. I have never met a person who did not love these fresh from the oven topped with a dollop of fresh whipped cream. The important thing to remember when making hot souffles is that your timing is the “key” to success. They must be served directly from the oven.

When I first learned how to make a souffle, it was starting with one baked in the oven. I found they will collapse within only a few minutes after removing them from the oven.  With the baked souffle, the presentation is very important; after falling, this dessert is not nearly as elegant and light in texture. To avoid this disappointment simply plan ahead. The basic soufflé mixture with the egg YOLKS can be prepared ahead. Let the egg WHITES stand in the mixing bowl at room temperature. Have your souffle dishes ready and closely at hand. If your are serving whipped cream with the souffle, have it ready in the refrigerator. Plan about one hour at the end of dinner to prepare and bake the soufflé. Have the oven set warming at the correct temperature.

When ready to prepare your dessert; beat the egg whites until stiff. Carefully fold the whites into the souffle mixture and fill the prepared souffle dishes. Place the souffles in the oven and bake the amount of time stated in the recipe. Do not open the oven door before the end of the baking time. If you are learning how to make a souffle you should know that it is a good possibility that the cold air will cause the souffle to fall. As soon as the soufflés are removed from the oven deliver them directly to the table. (Place on pads to prevent burning the table). Serve whipped cream at the table.

The non baked souffles are stored in the refrigerator or some are frozen. By using gelatin and/ or whipped cream in these recipes, the souffle is more stabilized. These do not collapse like the baked ones do. I really like some of the frozen recipes. After I learned how to make a souffle I found that they are light and airy therefore do not need time to thaw before eating. To me the hot soufflés and the cold ones are like two different desserts. I like both so it just depends what I am in the mood for. You might say, the hot ones are good in the winter and the cold ones, especially frozen are great during the hot summer.

NOTE: When you learn how to make a souffle, quite often recipes will instruct you to make a band or collar around the soufflé dish. This is to hold the mixture in the dish until it sets up; can be baked; refrigerated or frozen. Once this dessert is set and the band removed the dessert stands above the dish making it very elegant. The band can be made with brown heavy paper or double layers of foil measuring about four inches wide. The length depends on the size of your dish allowing a little extra so it can overlap and be taped. 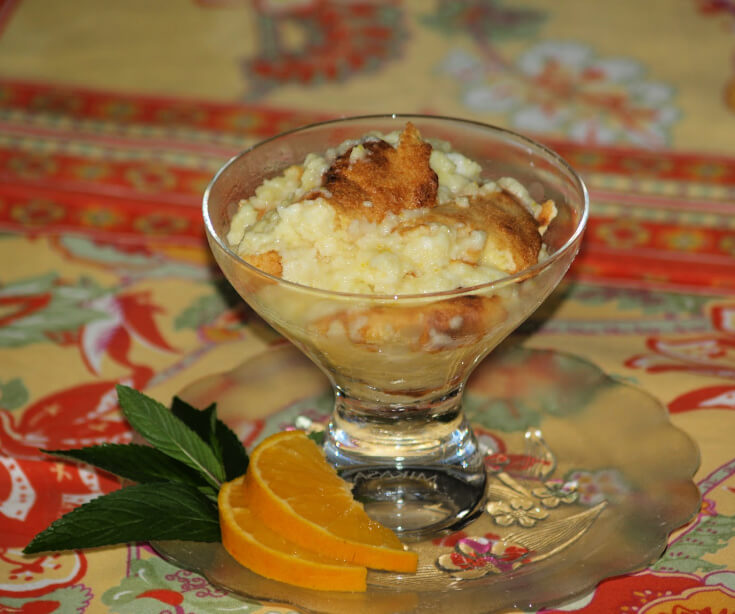 Learn how to make a souffle flavored with orange.

Preheat oven to 400F degrees.
Butter and sprinkle sugar in 1 ½ quart mold or casserole dish.
Melt butter in a saucepan over medium low heat.
Stir flour into melted butter; gradually stir in the milk.
Cook and stir until bubbly and thickened; (Do not full boil).
Remove from heat; stir in Grand Marnier and grated peel.
Stir beaten egg yolks into hot mixture; stir until well blended.
Beat egg whites in clean bowl on high speed until foamy.
Gradually beat in ¼ CUP of sugar; beat until stiff peaks form.
NOTE: Be sure bowl and beaters are completely clean and dry.
Fold whites into hot mixture; pour into prepared dish.
Bake 25 minutes; (Do not open oven door during baking).
Garnish with orange slices and serve hot; serves 8-10.

NOTE: For presentation serve it hot because it will collapse. For taste, I think it is much better served cold. 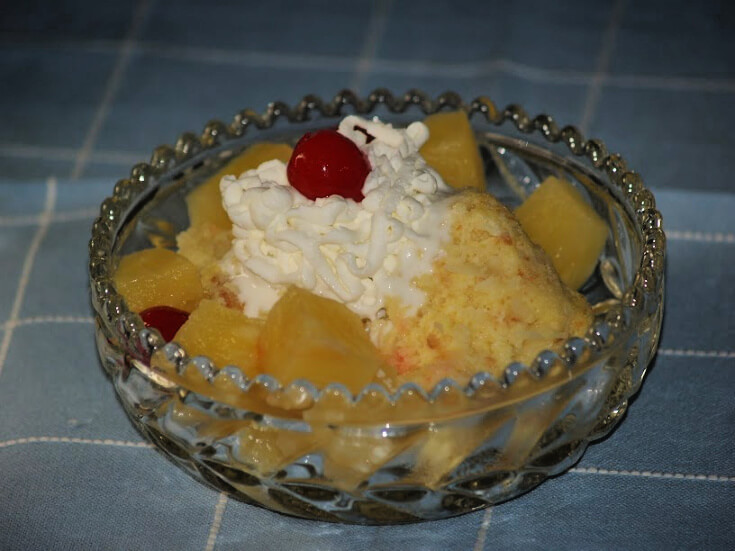 Learn how to make a souffle with macaroon cookies.

Combine macaroons and milk in saucepan; heat enough to scald.

Cook and stir over hot water until slightly thickened.

Fold the egg yolk mixture into the beaten egg whites.

Bake for 20 minutes until set.

Spoon into serving dishes and serve with fruit and whipped cream. 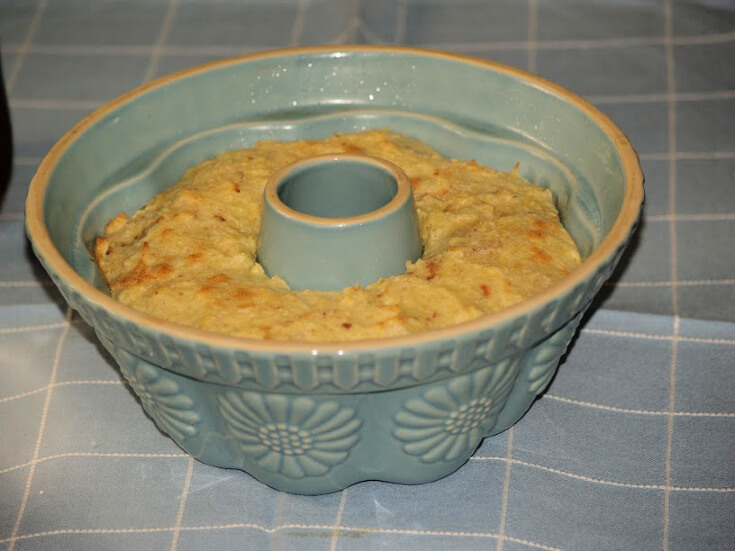 ﻿Learn how to make a souffle that is that you serve cold.

Prepare a collar to fit around a one-half quart soufflé dish.

Hull the strawberries reserving 8 for garnish.

Mix the gelatin with half the sugar in a saucepan.

Add the water and cook over low heat stirring until gelatin dissolves.

Learn how to make a souffle that is chocolate and baked.

Mix sugar and cornstarch in a small saucepan.

Gradually stir in the milk; add the chocolate.

Cook and stir over medium heat until chocolate is melted and thickened.

Stir and boil for 1 minute; remove from the heat.

Beat the egg yolks in a small bowl until very thick and lemon colored.

Gradually beat in the chocolate mixture; stir in butter and vanilla.

Secure band around dish taping outside; butter and sugar inside of band.

Stir about ¼ of the egg whites into chocolate mixture.

NOTE: Knife inserted half way between center and edge should come out clean.

HOW TO MAKE A SOUFFLE

Learn how to make a souffle with coconut.

Beat ¼ cup of the MILK with 3 tablespoons of the SUGAR and the flour.

Place remaining milk in a saucepan; bring to a boil.

Add 2 tablespoons of the boiling MILK to the sugar mixture; beat well.

Return the sugar milk mixture to the saucepan beating constantly.

Stir and simmer gently until thickened; cover pan and remove from heat.

Sprinkle each ramekin over the butter using 1 tablespoon of the SUGAR.

Add the egg YOLKS and the coconut to the cooled sauce mixture while whisking.

Gradually add in remaining 1 tablespoon of SUGAR while beating.

Sprinkle powdered sugar over the top of each.

Place ramekins on a baking sheet; bake for 20 minutes and serve hot.

Learn how to make a souffle that is refrigerated.

Make a collar around a 1 quart soufflé dish with folded waxed paper.

Mix the gelatin in the water; set aside.

In saucepan combine sugar and egg yolks; beat in the lemon peel and juice.

Cook and stir over low heat until thickened; remove from heat.

Beat egg whites until stiff; fold into the yolk mixture.

Beat the whipping cream until thick and peaks form; fold into yolk mixture.

Learn how to make a souffle with fresh plums.

Place the plums in a saucepan with sugar and water.

Bring to a boil, cover and simmer for 10 minutes.

Grease a 2 quart soufflé dish with 1 tablespoon of BUTTER.

Coat dish with the breadcrumbs; place 2/3 of the plums in dish with any juice.

Stir in the flour and cook for 1 minutes; gradually stir in the warm milk.

Stirring constantly bring to a boil; simmer for 2 minutes.

Bake for 30 to 35 minutes until well risen and golden; serve immediately.

Learn how to make a souffle in the top of a double boiler.

Beat until stiff peaks form; fold in marmalade and extract.

Have bottom of double boiler with simmering water.

Cover top of double boiler and do not remove lid; simmer 5 minutes.

Invert souffle onto a serving plate; pour yolk sauce around the souffle.

Learn how to make a souffle with cranberries and cranberry juice.

Combine cranberries, the juice and 1 CUP sugar in medium saucepan.
Sprinkle gelatin evenly over mixture.
Heat and stir over medium high heat until gelatin is dissolved.
Cook and stir about 7 minutes until cranberries “pop”.
Place mixture in a bowl; refrigerate until mixture mounds slightly.
NOTE: Check in about 40 to 45 minutes; (It mounds when dropped from spoon).
To make sugared cranberries beat 1 egg white until frothy. Dip cranberries into white and then roll in sugar to coat; dry on rack.
Prepare a collar with foil to stand 2 inches above a 1 quart soufflé dish; set aside.
With mixer on high speed of mixer beat egg whites and salt to soft peaks.
Gradually sprinkle in the sugar (2 Tablespoons at a time) until stiff peaks form.
Beat heavy cream in a small bowl until stiff peaks form.
Gently fold cranberry mixture and whipped cream into the beaten egg whites.
Turn mixture into prepared soufflé dish; cover and refrigerate for 4 hours.
Carefully remove foil collar from dish; garnish with sugared cranberries.
Serves 10.