How to Make Banana Pudding

Most cooks know how to make banana pudding. I believe that banana pudding has to be America’s all time favorite refrigerator dessert. Every picnic I have ever attended throughout my years has had some form of banana pudding recipes. No matter what the version as long as it has bananas and a creamy pudding mixture it has been delicious and always a big hit.

This first recipe is one of the more basic banana pudding recipes which I remember from the past; of course with vanilla wafers. Many start learning how to make banana pudding with very simple recipes. For instance you can make an easy but still very tasty recipe using a no cook instant bananas pudding mix. Just mix the pudding as the package directs and then stir in sliced bananas and vanilla wafers. This is quick and easy for a sudden dessert craving.

You can also learn how to make banana pudding using multiple other ingredients. Although vanilla wafers are traditional for banana pudding recipes you can also use graham crackers, lady fingers or other cookies. Often these desserts will be topped with baked meringue or whipped cream topping. A variety of milks and creams will be included in different recipes and sometimes extra ingredients like nuts. I do have my favorite “made from scratch” recipes but have never tasted “bad” banana pudding.

HOW TO MAKE BANANA PUDDING 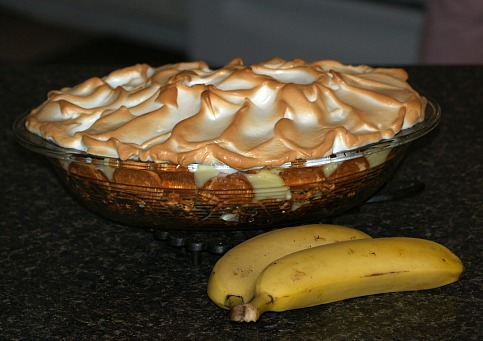 How to Make Banana Pudding with a Meringue Topping

Beat egg yolks; pour about ½ of cooked mixture into yolks while whisking and then return to double boiler.

Cook and stir for 2 more minutes; stir in lemon juice and cool.

Line a 7 inch casserole baking dish with vanilla wafers, then make a layer of sliced bananas, then spoon a layer of pudding over the bananas.

Continue making layers of wafers, bananas and pudding until all pudding is used and end with the pudding.

Bake in oven about 20 minutes until the meringue is lightly browned and set. 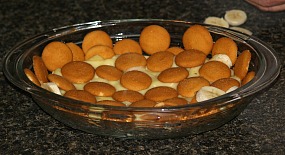 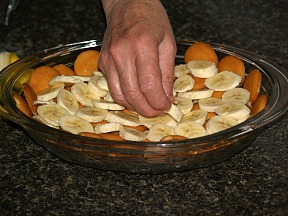 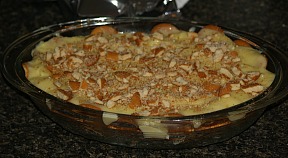 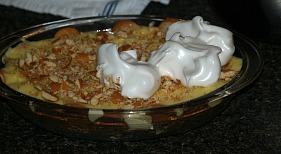 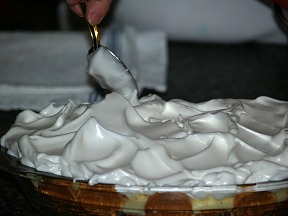 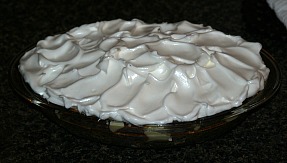 Ready for the Oven

If you know how to make banana pudding, you will find this one is easy and quick to mix up by using packaged ingredients.

Mix this recipe by hand.

Combine and mix sweetened condensed milk and cold water in a large bowl; add pudding mix and beat until thick.

Fold in Cool Whip with pudding.

Layer vanilla wafers, bananas and pudding until all is used.

Learn how to make banana pudding by using this recipe. It is different from most banana pudding recipes because it has a crust and cream cheese in it; more like cheesecake.

Combine and press into the bottom of 9 X 13 inch baking pan; bake until light brown and cool.

Blend ingredients in a saucepan and cook over medium heat until thick; set aside to cool and do cheese layer.

Cream together cream cheese and sugar; fold in whipped topping and spread over baked crust.

Spread more whipped topping on top of pudding; refrigerate for a couple hours to set.

HOW TO MAKE BANANA PUDDING with my favorite recipe 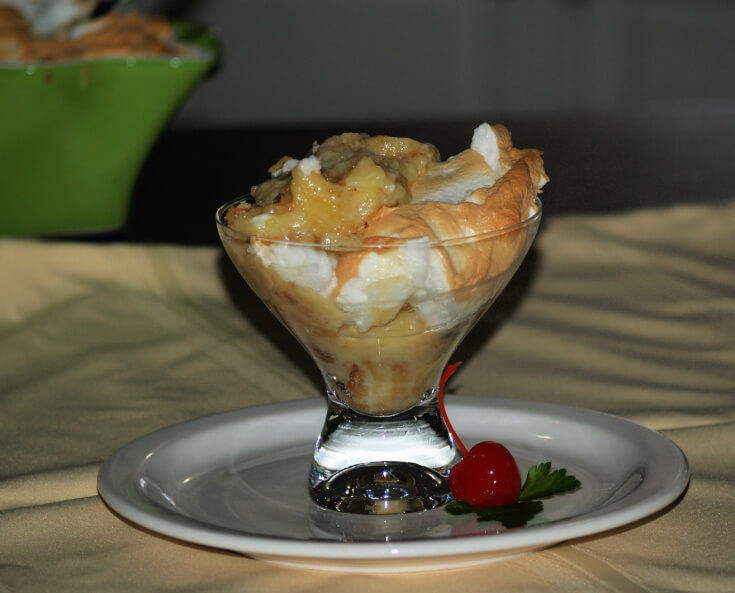 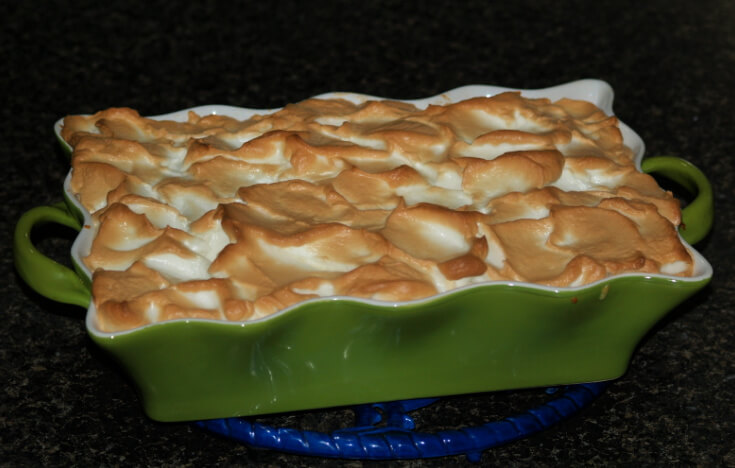 Combine flour, 1 1/3 cups sugar and salt in a heavy saucepan.

NOTE: After mixture comes to a rolling boil, stir and cook 5 to 6 minutes until thickened.

Remove from heat and stir in 1 teaspoon vanilla.

LAYER one third of the vanilla wafers in a 9 x 13 inch casserole dish.

Slice 2 bananas and LAYER over the wafers.

Pour one third of the custard over the bananas; repeat layer twice.

Spread meringue over the custard sealing to the edge of the dish.

Bake at 400F degrees until golden brown about 12 minutes.

HOW TO MAKE BANANA PUDDING in the microwave

Combine sugar and cornstarch in a 2 quart glass bowl; gradually stir in the milk.
Microwave on HIGH for 9 minutes or until mixture is thickened stirring every 3 minutes.
Gradually stir about 1 cup of the hot mixture into beaten egg yolks.
Add back into remaining hot mixture stirring constantly.
Microwave on HIGH 1 to 2 minutes or until thickened stirring twice; fold in vanilla and sour cream.
Line bottom and sides of 2 quart bowl with vanilla wafers; slice 2 bananas and layer over wafers.
Pour half of custard over the bananas; repeat layers of wafers, bananas and custard.
Refrigerate until cold; spread whipped topping over custard.

TO MAKE PUDDING in top of double boiler mix together sugar and flour; slowly stir in milk.

Cook and stir until thickened.

NOTE: You can cook over medium low heat stirring constantly until thickened.

Beat a small amount of the hot mixture into egg yolks.

TO MAKE MERINGUE beat egg whites and cream of tartar until foamy.

Gradually add sugar and beat until stiff peaks form; spread over top of the pudding.

Place in oven until meringue is golden brown.

Top bread in each dish with 1 tablespoon of chips and about ½ sliced banana each.

Beat together the egg, sugar and cream; divide evenly and pour into each dish.

Place the dishes in a pan of hot water half way up side of dishes.

Place in oven and bake 30 minutes.

In top of double boiler heat milk just before boiling.

Gradually add to the milk stirring constantly and heating until it bubbles.

Remove from the heat; stir in the butter, vanilla, canned milk and salt.