How to Make Bread Pudding

When we ask how to make bread pudding let us first understand a little about this luscious dessert. As the name sounds the base for these recipes is bread; stale bread. Most recipes will include milk or cream and usually eggs along with a variety of other ingredients.

To learn how to make bread pudding one must decide what type of recipe you would like to have; what region or from what country. Bread pudding is very popular in different regions of the US although I have seen in my lifetime a decline for these recipes.

Understanding why bread pudding recipes became so popular in the first place and how they were made will help you to understand why they are not made as much now. In the beginning this was a great way to use up stale bread.

If you make homemade bread, you will understand how quickly it becomes stale because it does not have chemicals added to keep it fresh. Also homemade bread is much heavier than the commercially produced bread and this is what makes delicious bread pudding.

Homemade bread is usually made in smaller loaves; meaning you have more “heals”. Around our house these “heals” would be left to dry out and everyone moved on to eating a new fresh loaf of bread. Before long there would be quite a few hard dried “heals” going to waste.

Mom would soak these pieces of bread with milk to soften the bread. Then Mom would add eggs, maybe some honey, melted butter and raisins or other fruit. Oh, how delicious this tasted right out of the oven!

Like I said before not many people from the United States care to learn how to make bread pudding because most do not make homemade bread. The commercially made bread stays fresh longer so all the slices are consumed leaving nothing to dry out. If you do like this delicious dessert most grocery bakeries offer sour dough bread for sale which makes great bread pudding.

I have known of people who taught themselves how to make bread pudding by putting pieces of sour dough bread in a bowl, cover it with milk and add a little sugar to call it their dessert. This is nothing like my bread pudding but “to each his own”!

You will get a different answer to the question of how to make bread pudding depending in which country you are. These recipes are very popular in many countries of the world because making homemade bread is commonplace.

The recipes for bread pudding in all countries usually contain the same ingredients which are common to other dessert recipes. Like many German desserts German bread pudding usually contains apples, maybe raisins and spices.  In South America bananas are so loved in many recipes like cake and breads; this is also true of bread pudding. Canada utilizes its love for maple syrup and in Hungary you will find many desserts including bread pudding served topped with meringue.

HOW TO MAKE BREAD PUDDING in Germany 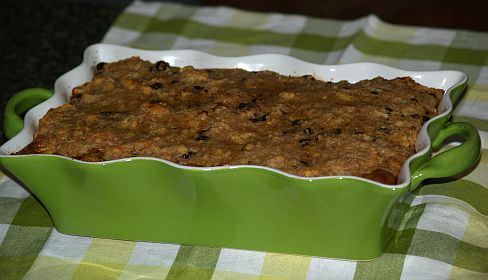 How to Make Bread Pudding in Germany

Slice bread thinly and place in a large bowl.

Bring 3 cups of the milk to a boil and pour over the bread; set aside for 30 minutes.

Peel and dice apples; set aside.

Place a layer of the soaked bread in a greased casserole baking dish.

Top bread with a layer of apples and sprinkle with raisins.

Repeat layering until all is used up; END WITH LAYER OF BREAD.

Mix 1/2 cup milk with 1 tablespoon of sugar; pour mixture over the bread; bake for 25 to 30 minutes.

Set dish in larger pan of hot water in the oven; baked about 50 minutes.

AFTER 15 minutes of baking dot with the butter and finish baking.

NOTE: This is great served with you favorite dessert sauce. 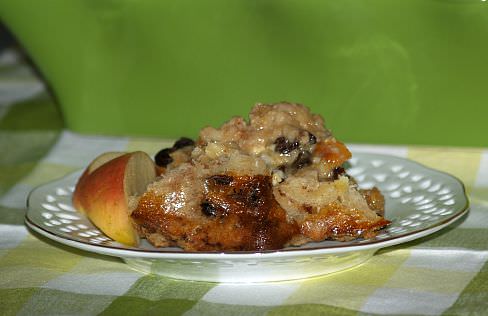 How to Make Bread Pudding in Germany

HOW TO MAKE BREAD PUDDING with chocolate 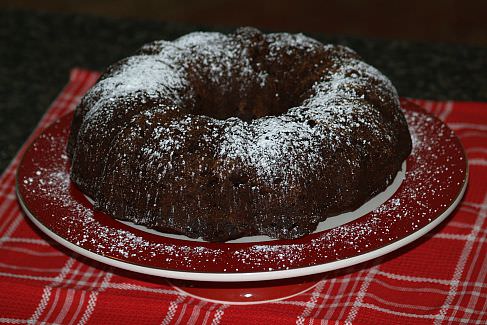 Melt chocolate over hot water (not boiling) in top of double boiler; set aside to cool.

Dust with powdered sugar; serve with favorite dessert sauce. NOTE: My favorite sauce is vanilla cream made with a vanilla bean. 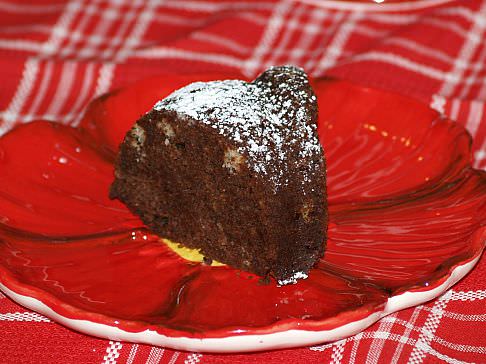 HOW TO MAKE BREAD PUDDING with white chocolate

How to Make Bread Pudding:

Trim ends off loaf of bread and cut loaf in 1 inch slices.

Stand bread on baking sheet and bake about 15 minutes; dry but not brown.

Transfer bread to a greased 9X13 inch baking dish in an even layer.

In a large saucepan heat the cream, milk and sugar until hot but not boiling.

Remove pan from heat and stir in white chocolate until melted.

In a large bowl beat together the eggs with the egg yolks.

In a slow stream whisk the hot cream into the eggs until smooth.

Pour the hot custard over the bread and let stand until soggy about 20 minutes.

Occasionally press the bread into the custard; cover the dish with foil and bake 1 hour.

Remove the foil and bake 20 minutes longer or until golden and browned.

How to make sauce:

In a small saucepan bring the cream just to a boil; remove from heat and stir in chocolate.

HOW TO MAKE BREAD PUDDING with bananas 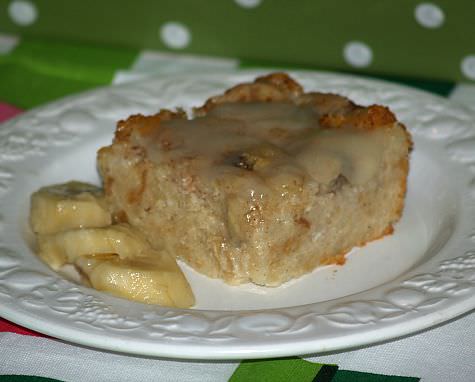 Place bread cubes in a greased 2 quart casserole dish; drizzle with butter and toss to coat.

Pour mixture over bread cubes and toss to coat.

Bake uncovered 40 minutes or until knife inserted in center comes out clean.

To make sauce melt butter in a small saucepan; combine sugar and cornstarch and add to the butter.

Stir in milk and corn syrup; cook and stir over medium heat until mixture comes to a boil; boil 1 minute. 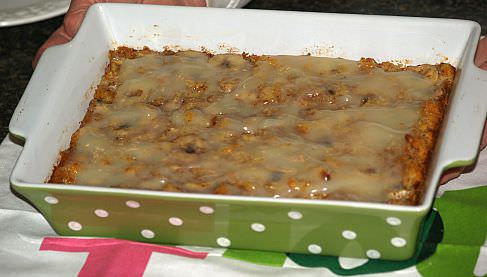 HOW TO MAKE BREAD PUDDING with maple syrup

Cut bread in cubes and place on a large baking sheet; bake about 10 to 12 minutes until golden brown.

Whisk the egg yolks, maple syrup and vanilla together in a large bowl.

In a small saucepan warm the cream until just hot enough to touch.

Gradually whisk the cream into the egg mixture; pour mixture over the bread.

Press a piece of plastic wrap directly over the bread pushing it down into the egg mixture.

Cover dish with foil and place in a larger pan in the oven.

Add hot water to the larger pan filling half way up sides of dish.

Bake about 75 minutes or until custard has set.

Cool about 20 minutes and serve with warm maple syrup.