How to Make Candy Kisses

How to make candy kisses? What are candy kisses? To younger people, this is probably a very simple question. For most candy kisses only can be the delicate milk chocolate tidbits produced by the Hershey Company. Although Hershey’s chocolate kisses were introduced to our markets in 1907, I never sampled them until many years later. 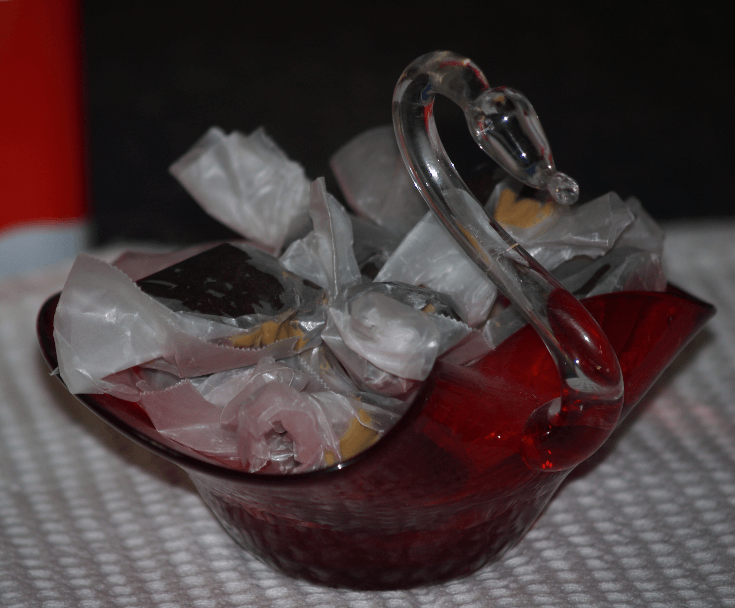 How to Make Candy Kisses

Long before I heard of Hershey’s Candy Kisses, as a child I was humming and singing along with the song “Candy Kisses”. The song was composed by George Morgan in the late 1940’s. Because of my older siblings this song was often playing on our radio. Evidently, this song was a result from the composer’s girlfriend breaking up with him. She must have been “sweet” due to the lyric “Candy kisses wrapped in paper means more to me----“.

As I was learning how to make candy kisses, I found that originally these chocolate candies were originally all wrapped by hand. It wasn’t until 1921 that a machine was created to wrap the candies.  I have often asked from where the name came. Could it be the shape of your lips when giving a kiss? Or blowing a kiss? I found that the Hershey Company came up with “kisses” because of the sound and motion which was made by the machine making them.

I wanted to learn how to make candy kisses, but what determines a “candy kiss? Melting chocolate and dropping it to harden is not really candy making. I began looking through all my candy recipes for ones titled “kisses”. The only commonality is that they are all small pieces. They are in different shapes and different flavors. Below are some of my favorites.

Learn how to make candy kisses in the oven. I consider this a candy because it has no flour. You might think of it as a cookie.

Place in preheated oven and IMMEDIATELY turn off heat.

Leave in oven over night; DO NOT OPEN OVEN DOOR. 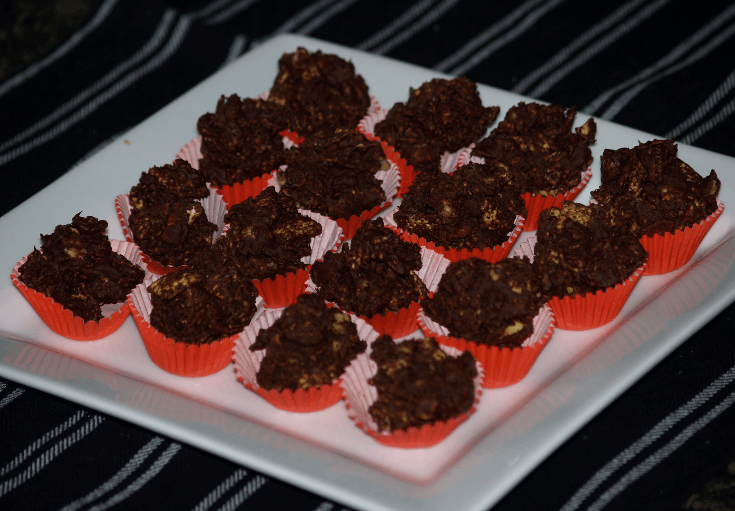 Learn how to make candy kisses with crispy corn flakes.

Melt the chocolate over hot water in top of double boiler.

Toss together until flakes and nuts are well coated.

Drop by teaspoon on waxed paper; set in refrigerator to crisp. 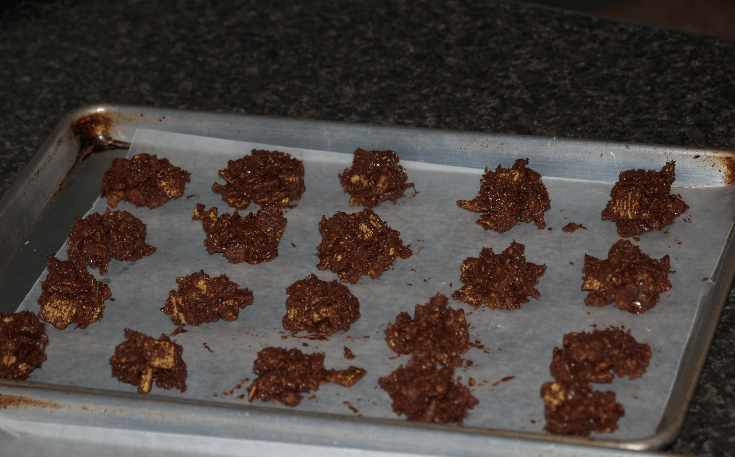 Dropped by Teaspoon on Waxed Paper

Learn how to make candy kisses flavored with peppermint.

Remove 3 teaspoons of the sugar from the 1 pound and place in small bowl.

Add 3 teaspoons of cold water, cream of tartar and mint to the bowl.

Combine larger portion of the sugar with 6 tablespoons cold water in heavy saucepan.

Over low heat bring mixture to a boil stirring until sugar dissolves.

Boil for 3 minutes; add mixture from bowl and stir until thickened (White like icing) 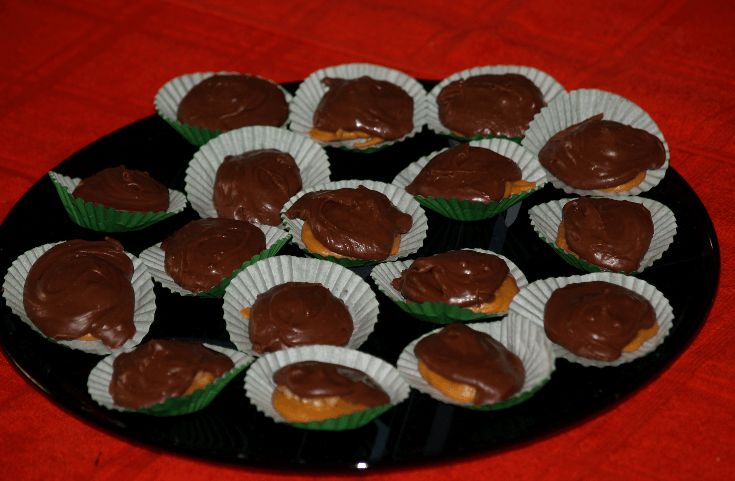 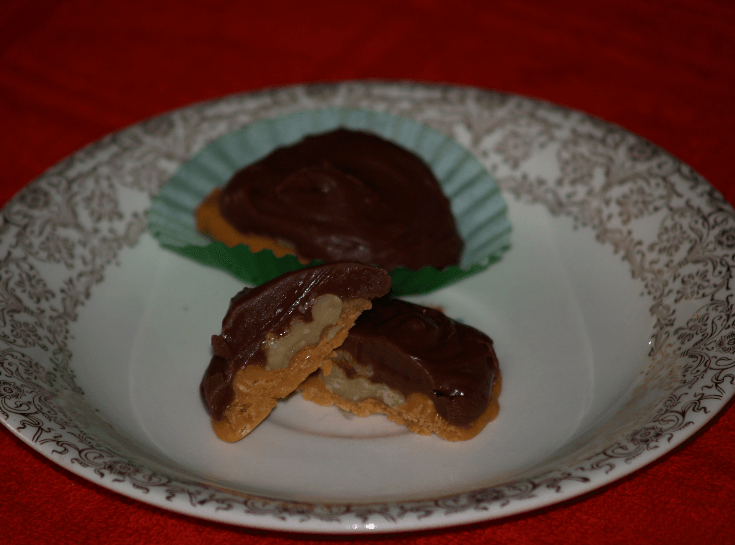 Learn how to make candy kisses with this easy recipe.

Melt butterscotch chips over low heat with 1/3 cup of the milk; remove from heat.

Stir in the vinegar; drop by teaspoonfuls onto wax paper.

Arrange walnuts on top of each kiss.

Drop spoonfuls of the chocolate mixture on top of the walnuts; let stand to harden. 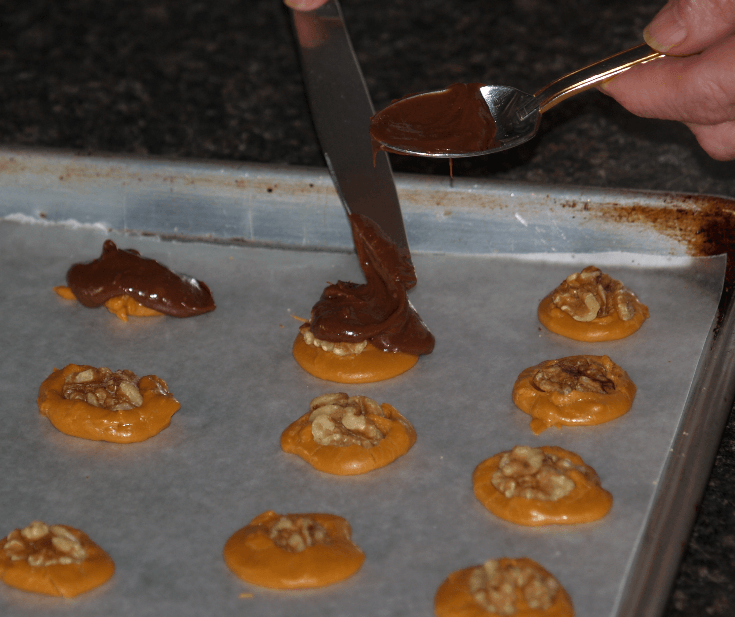 Learn how to make candy kisses with peanuts.

Combine in top of double boiler the chocolate, corn syrup and water.

Heat over hot (Not boiling) water until chocolate melts.

Stir in the peanuts and raisins; drop by teaspoonfuls onto wax paper covered trays.

Top with candies; refrigerate to harden.

Learn how to make candy kisses with a French nougat filling covered with chocolate.

Place sugar in a heavy saucepan; stir over low heat until sugar melts.

Stir in the almonds; drop mixture from tip of spoon onto oiled marble.

Learn how to make candy kisses with honey and nuts.

Combine sugar, honey and boiling water in saucepan over low heat; stir to a boil.

Beat in almond extract; drop onto wax paper and top with almond.

Combine sugar, vinegar and water in a saucepan over low heat.

Stir and bring to a boil; stir in cream of tartar.

Cook to 240F degrees; slowly add the cream and cook to 254F degrees.

Pour into a buttered 8 inch pan; with spatula fold outer edges in until cool to warm.

When cool enough to handle add extracts pulling until white.

Learn how to make candy kisses with Kahlua.

Preheat oven to 200F degree; line baking sheet with foil (Shiny side down).

Dissolve coffee in water in a heavy 2-quart saucepan.

Add 1 cup sugar; stir over low heat until sugar dissolves (Do not allow to boil).

Stir in Kahlua; brush down sides of pan with brush dipped in cold water often.

Bring mixture to a boil over medium to low heat.

WITHOUT STIRRING boil until thermometer reaches 240F to 242F degrees.

Mixture will be very thick; remove from heat.

IMMEDIATELY beat egg whites with cream of tartar and salt to soft peaks.

Place tray on center rack of oven for 4 HOURS. (DO NOT OPEN DOOR)

Store in airtight container up to 1 week; makes about 55. 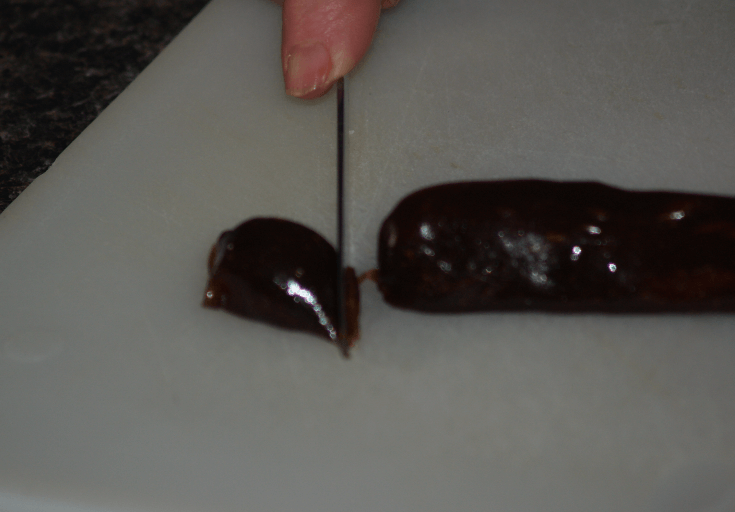 Learn how to make candy kisses with peanut butter and molasses.

Blend mixture thoroughly; place over medium heat and stir until the sugar dissolves.

Brush down sides with hot water as often as necessary.

Add butter a little at a time and the salt.

While cooling gently turn edges of syrup toward the center several times with scraper.

NOTE: This makes even cooling.

When very cool fold in the vanilla; cut candy in several pieces.

With pastry bag and plain tip pipe a thick roll of peanut butter in the center of each strip.

NOTE: I start rolling as soon as it sets up about 20 minutes. If you let it get too cool it is harder to roll. I roll mine on the counter top oiled very lightly. Divide the candy in thirds and work quickly before it get too firm. 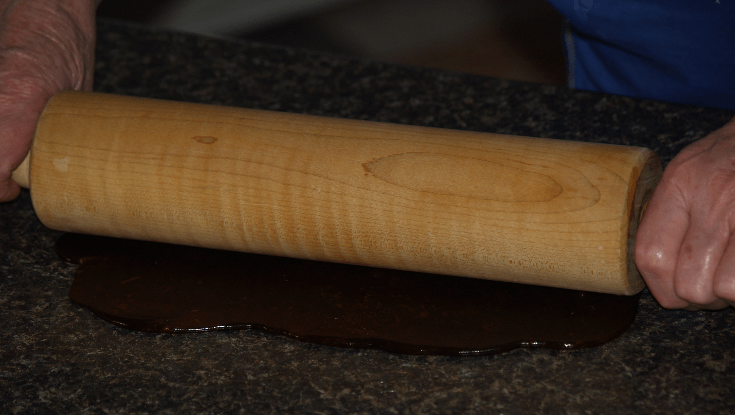 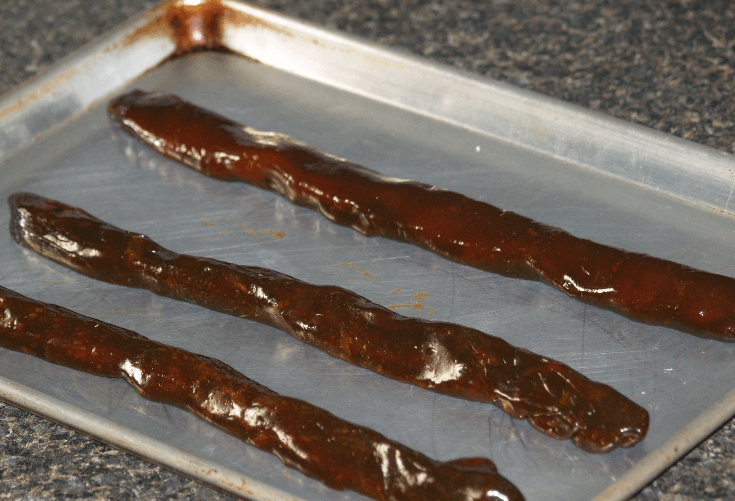 Learn how to make candy kisses with three ingredients.

Bake slowly until light and dry.

Beat in salt and vanilla; fold in the pecans.

Bake 25 to 30 minutes until crisp and light brown.

Cover and refrigerate for 24 hours; blend in preferred color.

Shape into small balls; roll in coconut pressing it into ball.

Roll in the coconut AGAIN; let stand to harden.

Combine sugars and water in a heavy saucepan.

Cool to lukewarm; beat until creamy but firm.

Press a walnut half into each ball.

Learn how to make candy kisses with raisins and nuts.

Combine the sugar, water and cream of tartar in a heavy saucepan; stir until sugar dissolves.

Remove from heat; beat until white and creamy; stir in nuts, raisins and vanilla.

Beat until a paste is formed; mold with fingers and set to firm.