How to Make Chile Rellenos

I learned how to make chile rellenos after moving to Florida. The Orlando area has a lot of good Mexican restaurants. Most do serve chiles rellenos especially out around Disney. For me, this was one of the best items listed on the Mexican restaurants’ menus. I have always loved the spiciness of hot peppers but when combined with cheese the taste is fantastic. I especially love the deep fried recipes for chiles rellenos. 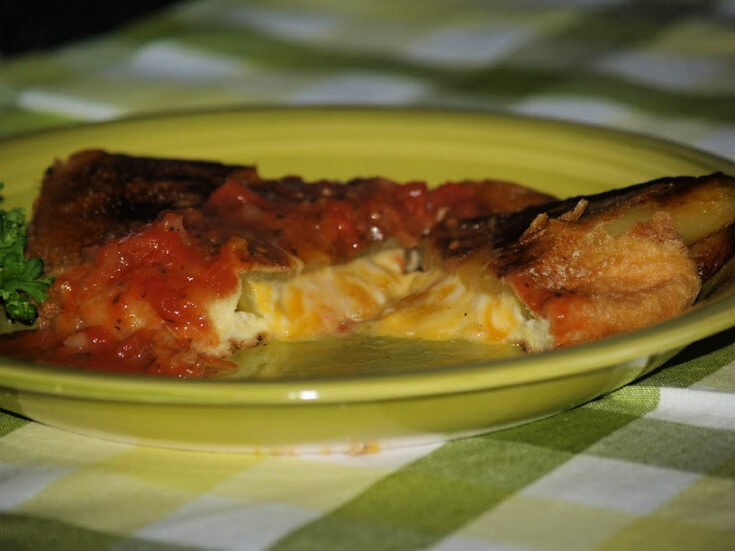 How to Make Chile Rellenos

NOTE: A very important message when learning how to make chile rellenos is the handling of the peppers. Regardless of what type of hot pepper you use in your recipes, handle with care. It is necessary to use plastic gloves when cutting and seeding. Years ago, I never thought about how the peppers could hurt my hands. After cutting about a dozen jalapeno peppers, my hands were blood red (Like a burn) and they did hurt. Do not take a chance and also keep hands and peppers away from your eyes.

Chile rellenos are traditionally made with fresh poblano peppers. This pepper is named for the area of origin, the city of Puebla. Here in the United States, the poblano pepper is not always available. After learning how to make chiles rellenos, I found peppers like the Big Jim, Anaheim, pasilla, Hatch and jalapeno peppers are also recommended.

If you are learning how to make chile rellenos, the HATCH PEPPER is known to be very versatile.  This long slender pepper is good for making chile rellenos as well as most other dishes. The name comes from the valley where it is grown; the area around the town of Hatch, New Mexico. Another great pepper comes out of New Mexico. The BIG JIM is well known for making chile rellenos and other Mexican dishes. It is slender and one of the longest peppers, up to twelve inches. It has moderate heat with a great flavor.

The ANAHEIM CHILE is from the Anaheim area of California and also is known as the California chile. This slender curved pepper is also useful when learning how to make chile rellenos. To some people this milder flavored pepper is more appealing for stuffing. The name PASILLA CHILE refers to the dark color of this pepper. Although it is sometimes used in making chile rellenos, it is more notably used in making mole sauce. The heat of this pepper ranges from mild to medium hot and is known for its flavor.

I use a lot of JALAPENO PEPPERS.  I can tell you I have had some very mild and some are so hot they burn going down. Jalapeno peppers are so common that almost every grocery, no matter how small, carries some in their produce section. Jalapeno peppers are great for stuffing but I also like stuffed BANANA PEPPERS. Although Mexican recipes rarely use banana peppers, they can be stuffed with the same ingredients.  I love the tangy mild flavor of banana peppers! If you are learning how to make chile rellenos, the peppers in the recipes can be used interchangeably.

TO ROAST PEPPERS preheat oven broiler. Place peppers on a pan or broiler rack and place under the heat source. WATCH CLOSELY until peppers blister and get charred turning until all sides are charred. Quickly place peppers in a paper bag, close bag and let cool 10 to 15 minutes. Remove peel of each pepper. Carefully remove seeds leaving sides and ends intact. Peppers will be limp.

After learning how to make chile rellenos with many recipes, I found various cheeses to be a common ingredient. Sometimes meat is also included along with herbs and spices for seasoning. The recipes which are battered and deep fried are some of my favorites but they can also be cooked in the oven or skillet fried. Many recipes include tasty sauces for serving adding to the delicious flavors.

NOTE: I do not have a good selection of peppers in my area so I use whatever ones are available for any recipe.

HOW TO MAKE CHILE RELLENOS RECIPE 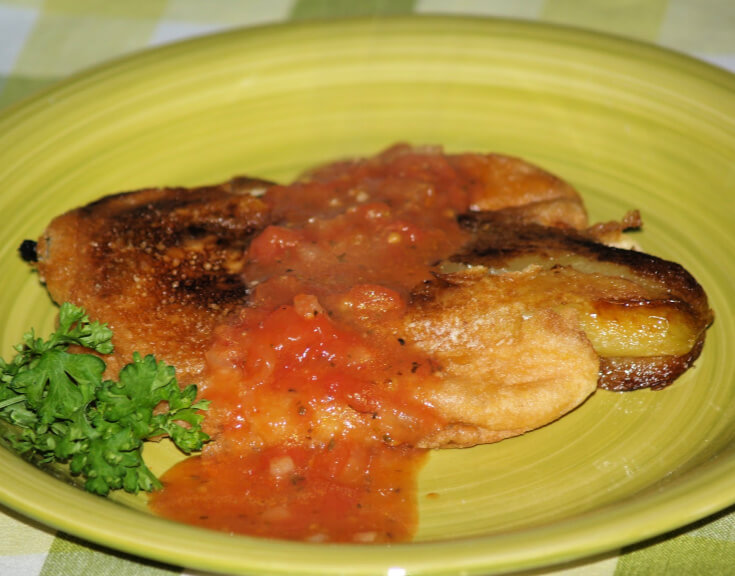 Combine tomatoes and next 4 ingredients in a medium saucepan.
Heat to a simmer; simmer on low while preparing the peppers.
Carefully slit the peppers down one side and remove the seeds and veins.
Stuff the peppers each with ½ cup of the mixed cheeses; set aside.
Slightly beat the egg yolks and water; add flour and salt beating until thick.
Beat egg WHITES with CLEAN beaters until stiff; fold whites into yolks.
Place ½ INCH of oil in a large cast iron skillet; heat until hot.
FOR EACH SERVING pour 1/3 CUP of batter into hot oil spreading into a circle.
AS BATTER BEGINS TO SET gently place a stuffed pepper on top of each.
Cover each pepper with another 1/3 CUP of the batter.
Continue cooking until underneath side is browned; turn on other side.
Cook until that side has browned; drain on paper towels and keep warm.
Serve with the hot tomato sauce mixture. 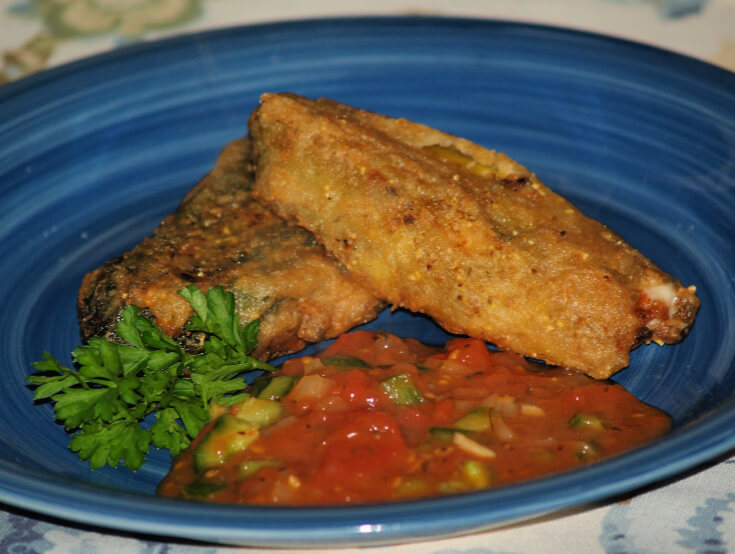 Cut each block of cheese into 8 strips (2 to 3 inches long).
Stuff each pepper with one Cheddar stick and one Monterey Jack stick.
Combine the egg yolks, flour, pepper and garlic.
Beat egg whites in large mixing bowl to stiff peaks.
Fold 1 CUP of whites into yolk mixture; fold into remaining egg whites.
Heat ½ inch of oil in a large iron skillet over medium high heat.
Spoon 1/3 cup of egg mixture into hot oil; spread out into oval shape.
As batter begins to set top each with a pepper.
Spoon additional batter on top to cover pepper.
Cook 2 to 3 minutes to brown bottom; turn over carefully.
Cook 2 to 3 minutes longer; finish cooking all chiles.
Serve hot with salsa; serves 8.

Learn how to make chile rellenos with a sweet mild elongated bell pepper. 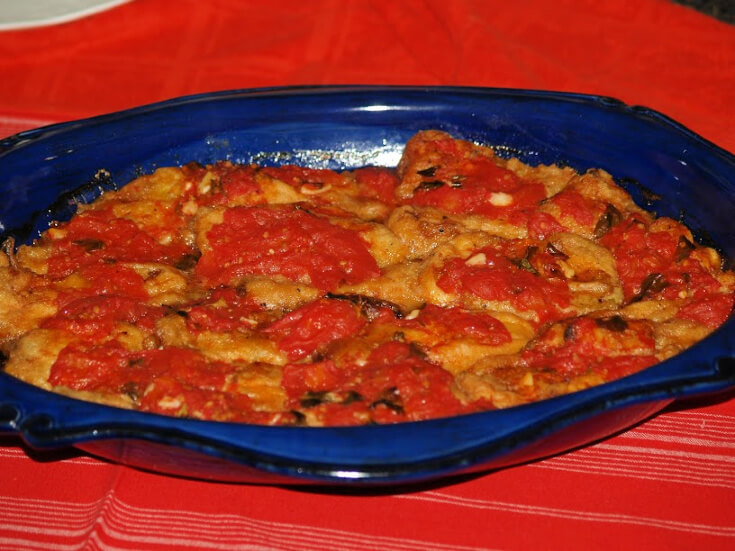 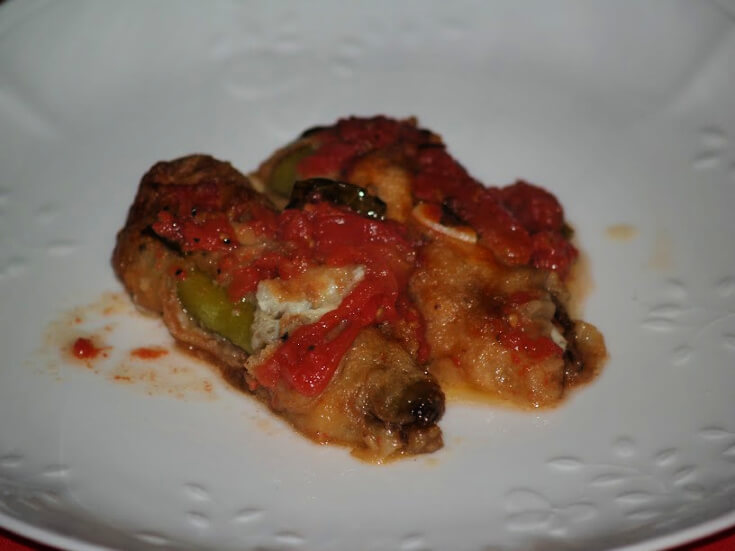 Combine all sauce ingredients in a medium saucepan.

Bring to a boil, reduce heat and keep warm.

Drain chiles and place on paper towels; place cheese strip inside each pepper.

Brown on both sides in a little vegetable oil; place chiles in baking dish (9X13 inches).

Makes about 15 to 16 chiles rellenos.

Learn how to make chile rellenos by stuffing with grits.

FOR GRITS combine broth and whipping cream in large saucepan.
Bring just to a boil; stir in grits and return to boil.
REDUCE HEAT, cover and simmer 5 to 7 minutes.
Stir in the cheese; set off and cool 10 minutes.
With pastry bag squeeze the grits into the peppers.
Secure with wooden picks; refrigerate until firm.
FOR COOKING PEPPERS combine eggs and whipping cream.
In a shallow dish combine flour, cornmeal and salt.
Dredge stuffed peppers in cornmeal mixture; dip in egg mixture.
Dredge peppers again in the cornmeal mixture.
Pour 1 inch of vegetable oil in a deep iron skillet or Dutch oven.
Heat oil to 375F degrees.
Fry peppers 2 at a time about 1 minute with cut side up.
Turn peppers over and fry another 1 to 2 minutes.
Drain on paper towels; remove picks.
Serve with salsa or seasoned mole sauce. 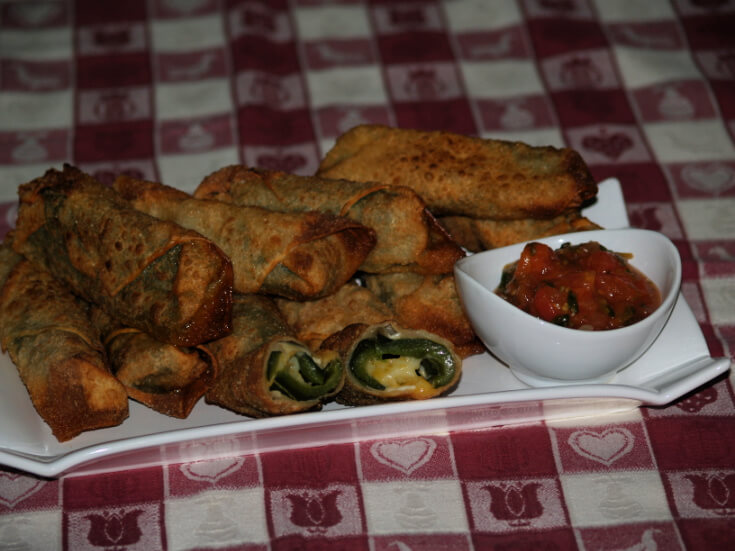 Learn how to make chile rellenos in egg roll wrappers. NOTE: If you cannot buy the canned peppers then use the fresh ones. After trimming both ends, I place in boiling water until softened. Then I remove seeds and trim to fit in wrappers.

Combine olive oil and next 4 ingredients in a small bowl.
Add the chiles; toss to coat and let stand 1 hour.
Combine cheeses in another small bowl.
Place 1 chile pepper in the center of 1 egg roll wrapper.
Top each pepper with ¼ cup of the cheese mixture.
Brush edges of the wrapper with combined egg yolk and water.
Fold lengthwise the edges over the filling overlapping the edges.
Press together to seal and seal the end to enclose the filling.

NOTE: I wrap from the corner like I do egg rolls.

Heat ½ inch of oil in a large heavy skillet to 375F degrees.
Fry chiles rellenos a few at a time in oil until browned on all sides.
Drain on paper towels; serves 6.

Learn how to make chile rellenos with jalapeno peppers.

NOTE: Replacing the bacon with cooked sausage is also good. Brown about ¼ pound, drain and mix with cheese.

Learn how to make chile rellenos with eggs and tomato sauce.

Preheat oven to 325F degrees.
Slit each chile down one side; fill loosely with shredded cheese.
NOTE: Use only 1 CUP for all the chiles.
Place filled chiles in a lightly buttered casserole baking dish.
Beat eggs and flour in a large mixing bowl; mix in milk and nutmeg.
Fold in remaining 1 CUP of the shredded cheese; pour over chiles.
Dot top with butter; bake for 45 to 60 minutes.
NOTE: Knife inserted in center should come out clean.
FOR SAUCE combine all sauce ingredients in a medium saucepan.
Bring to a simmer over medium heat; cook until thoroughly hot.
TO SERVE spoon sauce over the casserole.