How to Make Flan

People learned how to make flan all the way back in ancient times. With a large supply of eggs, the Greeks and Romans developed many recipes utilizing these eggs. This was one of these early recipes which continues to be very popular. Originally it was in two types; the savory and the sweet custard. The sweet custard is still one of the most popular desserts all over the world. 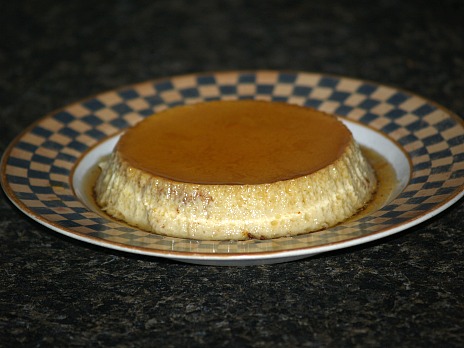 How to Make Flan

The most notable step of making this creamy sweet dessert is learning how to caramelize the sugar. Caramelized sugar is sugar that is heated until it melts into a delicious caramel colored syrup. This is then poured into custard dishes of a mold and then titled until the bottoms are covered. This is not difficult like many think but it is necessary. After the custard sets up and is turned out on a plate, the caramelized sugar is the topping on the dessert.

People throughout Central and South America have learned how to make flan with a variety of flavors. It has become the traditional dessert in many countries. Ingredients like cinnamon, nutmeg, chocolate, coconut, fruits and coffee are among some of the regional favorites which are added to a basic flan recipe.

NOTE: Syrup that has dried in the pan is easy to remove with hot water; fill with water and set on heat until dissolved.

BELOW: Instructional Video on How to Make Flan

How to make flan with a basic recipe.

Caramelize 6 ovenproof custard cups with ½ cup sugar using stove top method.
Preheat oven to 300F degrees.
Combine milk and salt in medium saucepan.
Over medium heat bring just below boiling point to scald; set aside.
Combine eggs, 1/3 cup sugar and vanilla in medium bowl; beat well until light and foamy.
Add scalded milk stirring to blend well; strain into caramel lined custard cups.
Place cups in shallow pan and set on middle oven rack.
Pour warm water into shallow pan 2/3 up sides of cups.
Bake in oven about 1 hour or until custard has a golden yellow crust and is set.
Test for doneness by inserting a pick in center; it is done if pick comes out clean.
Remove from oven and allow to cool; cover with wax paper and refrigerate.
To serve run knife around edges of cups and invert on individual serving plates.
Scrape caramel from cups onto top of custards.

HOW TO MAKE PUMPKIN FLAN 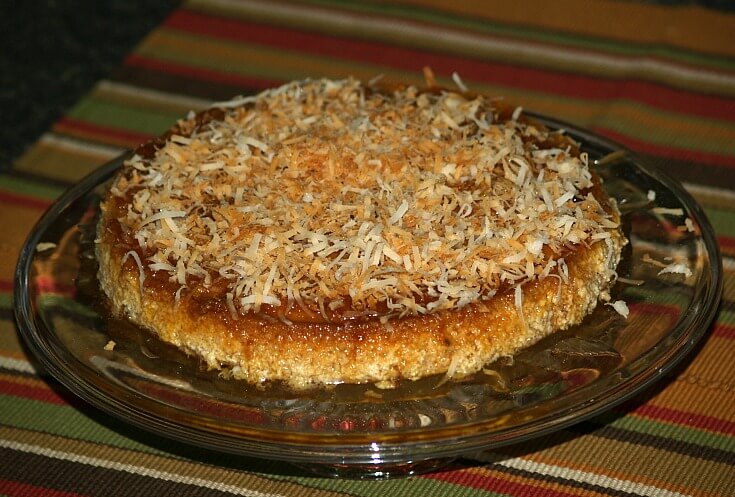 How to Make Pumpkin Flan 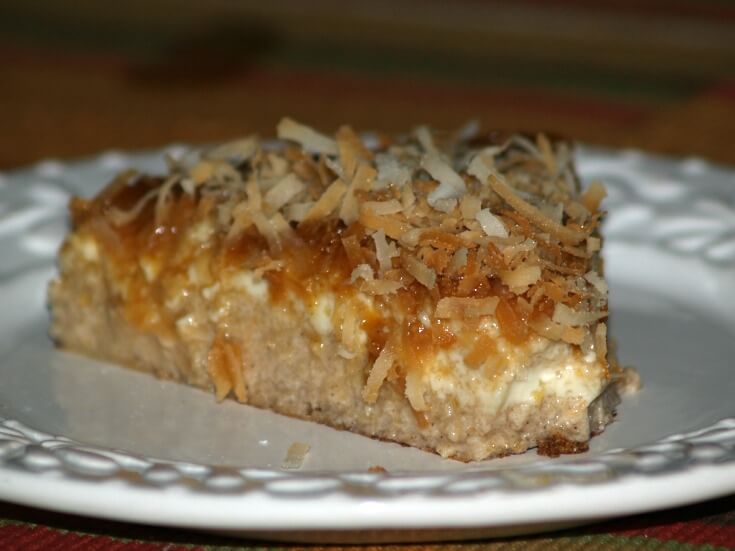 Sprinkle ½ cup sugar in a 9 inch round cake pan.

NOTE: Mixture may crack as it cools.

Heat milk and remaining ½ cup of sugar in heavy saucepan; stir until hot and frothy.

Bake for 1 hour or until tip of knife comes out clean.

Remove cake pan from the water and cool on rack; cover and refrigerate until cold.

Toast coconut in a shallow pan stirring occasionally about 5 to 6 minutes; cool.

When flan is cold loosen edges with a knife; invert onto a serving plate.

HOW TO MAKE FLAN a coconut recipe

Preheat oven to 300F degrees.
Mix ½ cup of the sugar with the water in a saucepan; bring to a boil over medium heat.
Continue cooking until the mixture begins to caramelize; stir constantly with wooden spoon.
When dark golden pour into 5-6 cup ring mold; tilt mold to coat inside of mold.
Lightly beat the whole eggs and egg yolk together.
Lightly beat in the eggs the remaining ¼ cup sugar and set aside.
Scald the milk and cream together in a large saucepan.
Beat a little of the scalded milk into egg mixture; add egg mixture back into remaining scalded milk.
Stir the egg mixture into the hot milk until well blended.
Sprinkle coconut in prepared mold; pour creamed mixture into mold.
Place mold in a roasting pan and surround with hot water; bake about 50 minutes or until set.
Cool, cover and refrigerate until cold; serve cold.

HOW TO MAKE FLAN with COFFEE CARAMEL CUSTARD RECIPE

Beat eggs slightly; stir in milk, light cream, coffee, 1/3 cup sugar and vanilla and set aside.
Heat remaining 1/3 cup sugar in a heavy skillet until it starts to melt.
Stir constantly until it turns a golden brown about 10 minutes.
Remove from heat and immediately pour into a 3 cup metal ring mold.
Quickly swirl mixture to coat bottom and ¼ inch up sides of mold.
Pour egg mixture into mold; set mold in 9X9X2 inch square baking pan on oven rack.
Pour hot water in pan around mold to depth of 1 inch.
Bake in oven at 325F degrees for 45 minutes or until knife inserted in center comes out clean.
Chill 2 to 3 hours; unmold and garnish to serve

HOW TO MAKE FLAN with a chocolate recipe

Combine milk, chocolate and stick cinnamon in a heavy saucepan.
Stir occasionally until mixture simmers and chocolate melts; remove from heat and set aside.
Cook 1/3 cup sugar in a heavy skillet over medium high heat until sugar begins to melt.
Shake skillet occasionally (do not stir); reduce heat and cook about 5 minutes or until all sugar is melted.
Divide in 4 custard cups; tilt dishes to coat bottoms and let set 10 minutes.
Lightly beat eggs in a large bowl; remove cinnamon sticks from chocolate mixture and discard.
Stir chocolate mixture and remaining sugar into eggs.
Divide chocolate mixture among custard dishes; place in a shallow baking dish.
Pour hot water in pan around custard dishes.
Bake at 325F degrees for 30 to 35 minutes or until a knife inserted in center comes out clean.
Remove custard from pan to rack and cool; cover and chill.
To unmold and serve run knife around edges.
Place dessert plate over custard and turn upside down; remove custard dish.

HOW TO MAKE FLAN with sweet potatoes

Peel cooked potatoes and mash pulp; measure 1 cup and set aside. (Use remaining for other purpose)

Shake pan constantly over heat until sugar melts and turns golden brown; cool. (May crack as it cools)

In a large bowl combine 1 cup sweet potatoes with all milk blending until smooth.

Cover pan with foil and place in a larger shallow pan; add hot water to larger pan to depth of ½ inch.

Bake for 1 hour 15 minutes or until knife inserted in middle comes out clean.

Run knife around cake pan to loosen; invert on serving plate to serve; garnish with coconut.

This pineapple dessert recipe is actually what we call pineapple flan. It is a traditional recipe from Columbia.

In the top of a double boiler over moderate heat, melt the ¼ cup sugar while stirring constantly.
When sugar is caramel color pour into mold; tilt mold until bottom is all covered; set aside.
Combine pineapple juice and 1 cup sugar in heavy saucepan
Stir and cook until liquid is thick and has reduced to half; cool syrup.
Beat eggs until thick and lemon colored; while beating pour liquid into the eggs in a thin stream.
Pour mixture into caramelized mold.
ON TOP OF STOVE place covered mold in pan of simmering water.
Cook about 2 hours or until custard has set
Cool and refrigerate several hours; run knife around mold to loosen.
Place plate over mold and turn upside down; remove mold and serve.