How to Make French Toast

Learn how to make French toast so it is extra special for holiday brunch or breakfast. Many of us want to do some different for the holidays. The following recipe is a good breakfast idea or can be used for an Easter brunch. It is made unique by adding stuffing and a sauce.

When I first learned how to make French toast, it was simply egg bread in my home when I was growing up; bread dipped in egg mixture and browned in skillet. We didn’t even eat syrup on this recipe; just plain. How I have come a long way! Many years ago I experienced my first French toast at a Marriott Hotel in Orlando. It was Texas toast dipped in egg batter and deep fried; then dusted with powdered sugar. Wow! I thought that was dessert served with maple syrup. After many more years I found it actually is dessert in some countries. Another misconception I had was that this had to have originated in France due to the name. Now I have been told it originated in New York, Whatever! All I know is that this dish can be very elaborate and I could eat it for dessert. 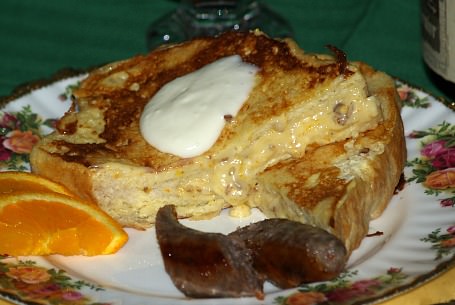 How to Make Stuffed French Toast

Combine the cream cheese, pecans, preserves and orange rind together and blend until smooth; set aside. 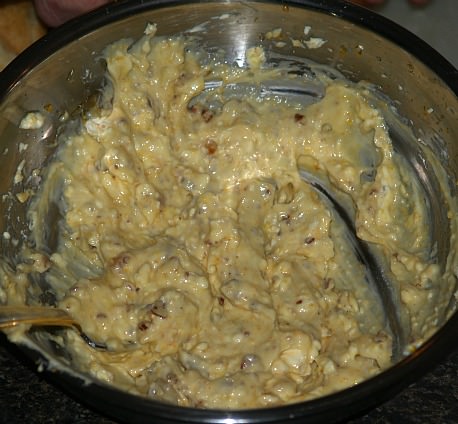 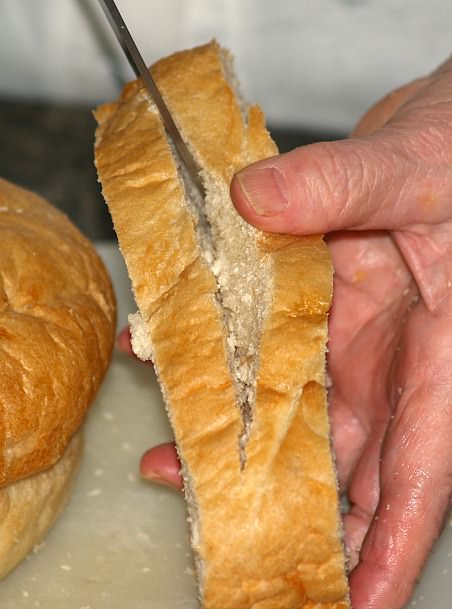 Trim the ends of the bread loaf with a sharp knife. Cut bread into 1 ½ inch slices. Make a cut in each slice to the center to form a pocket. Stuff each pocket with the filling being careful not to poke holes through the bread.

Combine the eggs, milk and Grand Marnier together in a large bowl. Beat until thoroughly blended.

Heat griddle to medium heat and melt some of the butter. Dip the stuffed bread in the egg mixture on both sides until bread is saturated.

Place French toast on the griddle, browning on each side about 8 to 10 minutes. Serve with cream sauce.

Combine the whipping cream, Grand Marnier and vanilla in a mixing bowl and mix on medium for a minute to blend. Add sugar and sour cream and beat until soft peaks for. Dollop on French toast to serve.

Cut each slice of bread in half crosswise; with a sharp knife cut a slit in each half to form a pocket.

Combine cream cheese and preserves; spread about 1/16 of mixture in each bread pocket and pinch together to hold filling.

Cook on greased griddle or skillet about 6 minutes to brown on both sides.

Top with strawberries (or blueberries) and dust with powdered sugar.

HOW TO MAKE FRENCH TOAST RECIPE

I loved learning how to make French toast with this recipe including macadamia nuts and served with warm maple syrup.

Chill overnight; turn over once.

Sprinkle with powdered sugar and serve with syrup.

Pour mixture into a (9 X 13 inch pan; place bread in egg mixture to coat turning once to coat evenly.

Brown on buttered griddle or in skillet on both sidesServe with pecan nut topping.

Combine in small saucepan and heat to warm.

You can learn how to make French toast and top it with this delicious orange sauce.

In a large skillet, melt butter and then add sugar; cook until mixture is bubbly.

In a small bowl combine orange juice and cornstarch; add to butter mixture.