How to Make Gourmet Fudge Recipes

Anyone can learn how to make gourmet fudge recipes. Good fudge should never be sugary. It should be smooth, creamy, soft and pliable. Fudge is made with a sugar syrup and is enriched with milk, light cream or heavy cream. This basic syrup can be flavored with various chocolates, extracts such as vanilla, honey, etc.

With so many chocolate recipes it is easy to learn how to make gourmet fudge recipes using melted chocolate (White, dark and sweet) and cocoa powder. There are also many delicious “so called” fudge recipes which are not chocolate. They could be flavored with ingredients like peanut butter or brown sugar. 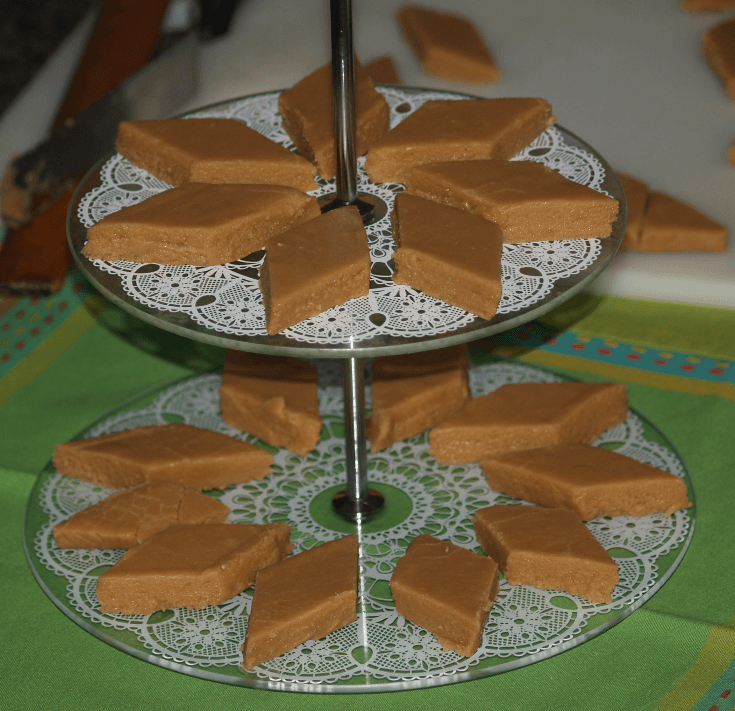 How to Make Gourmet Fudge Recipes

When you learn how to make gourmet fudge recipes you will probably want to add from a selection of other ingredients. Many of these ingredients not only add to the flavor but also the texture. Personally, I prefer my fudge to be more crunchy than smooth. I almost always add all kinds of nuts or coconut to accomplish this.

Texture of good fudge can also be changed by the preparation. If you like a firm grainy chocolate fudge, beating the syrup while hot will encourage the formation of large crystals. For smoother fudge let the syrup cool before beating allowing the formation of smaller crystals.

NOTE: If you are just learning how to make gourmet fudge recipes this is generally how I do it. For all fudge and other candy recipes read the recipe over thoroughly. Unless the recipe specifies otherwise this is my procedure for stove top cooking. Combine listed ingredients (Instructed in recipe) in a heavy saucepan. Place over medium heat and stir constantly until mixture begins to bubble. This dissolves the sugar. Cook over medium heat until thermometer reaches temperature or “stage” recipe instructs; usually 234F to 238F degrees. Although some recipes instruct you to STIR until temperature is reached, I generally DO NOT STIR after the mixture begins to boil. I have found that the fudge becomes more grainy or sugary.

If recipe instructs you to cool and beat the fudge, set the pan off the heat.  (I place it on a cooling rack on the counter. Make sure the hot pan is not directly on the counter top). Do not stir the mixture. Usually the cooling is cooled to room temperature about 50 to 60 minutes. After cooling, other ingredients like vanilla and butter might be added. Sometimes the mixture is to be beaten until it stiffens and then it is to be spooned into the prepared pan.

Many of you may be happy to know that you can learn how to make gourmet fudge recipes by various heat methods. My common way of cooking fudge is on the stove top. There are many recipes which also instruct you to use a microwave, electric skillet or the oven. One of these methods might be more convenient than others for some of you.

In my opinion when you make homemade fudge, it is always so much better than store bought. If you learn how to make gourmet fudge in your kitchen you will also have the lingering fragrance from the cooking, especially chocolate fudge. That alone is well worth the effort!

Learn how to make gourmet fudge recipes with this basic chocolate recipe. Special options for added flavor and texture are listed below the recipe.

Place pan over low heat; stir until mixture comes to a boil.

With a damp towel wipe sugar crystals from the pouring side of the pan.

Pour mixture onto a marble slab or a clean pan; cool to warm (110F degrees) WITHOUT stirring.

Add the vanilla; beat until mixture thickens and begins to firm.

Spread in a buttered pan or plate; SEE OPTIONS BELOW.

Marshmallow Fudge: Cut 12 marshmallows into small pieces and stir into the fudge just at the end of beating.

Nut Fudge: Sprinkle a layer of nuts in the pan; press beaten fudge in pan over the nuts and press more nuts over top of fudge. 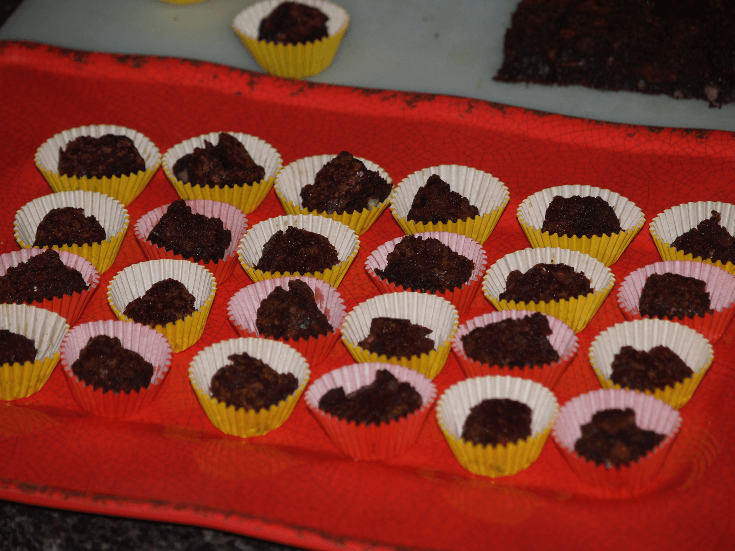 Learn how to make gourmet fudge recipes in the oven. Personally, I think this recipe which includes a little flour is like small rich brownies but still is very delicious. There is nothing wrong with rick moist brownies!

Pour into 11X7 inch metal pan; place in another pan with boiling water.

Place in oven for 45 minutes until set like custard (Do not over bake).

Cool and cut in squares. 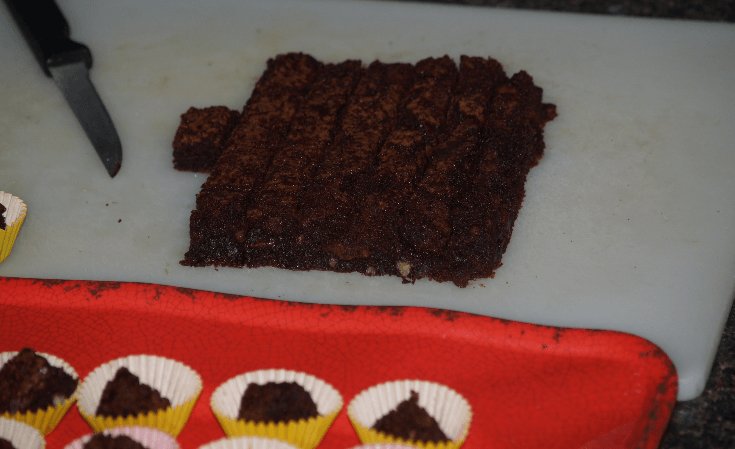 Learn how to make gourmet fudge recipes with this Louisiana recipe. I usually do not think of fudge (or candies) containing flour but many do have it in the recipe.

Bring mixture to a boil over medium heat stirring until sugar is dissolved.

Blend in butter and flour; beat until creamy and thickened.

Stir in the coconut (or pecans); turn into a buttered pan.

Cut in small squares and wrap in wax paper. 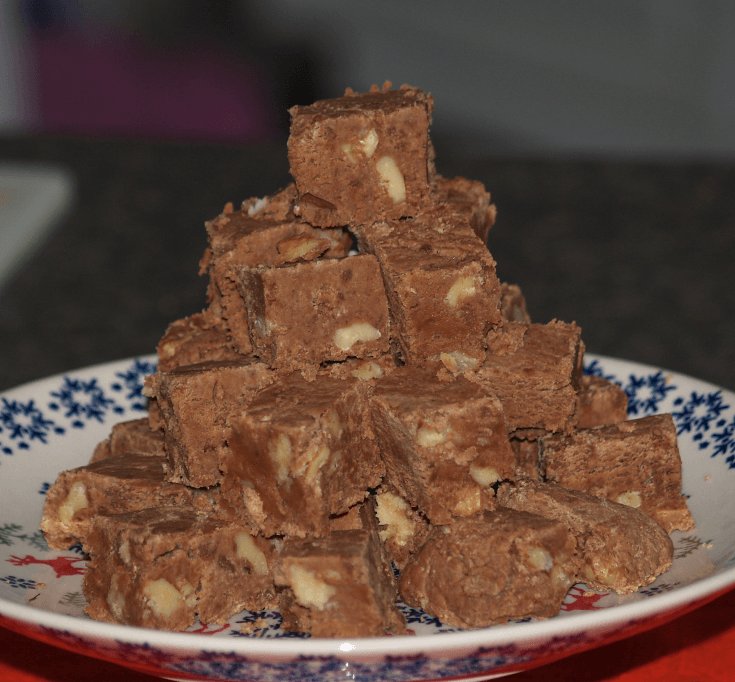 Chocolate Fudge in an Electric Skillet

Learn how to make gourmet fudge recipes in the electric skillet. This is easy with no thermometer.

Cool completely and cut into squares. 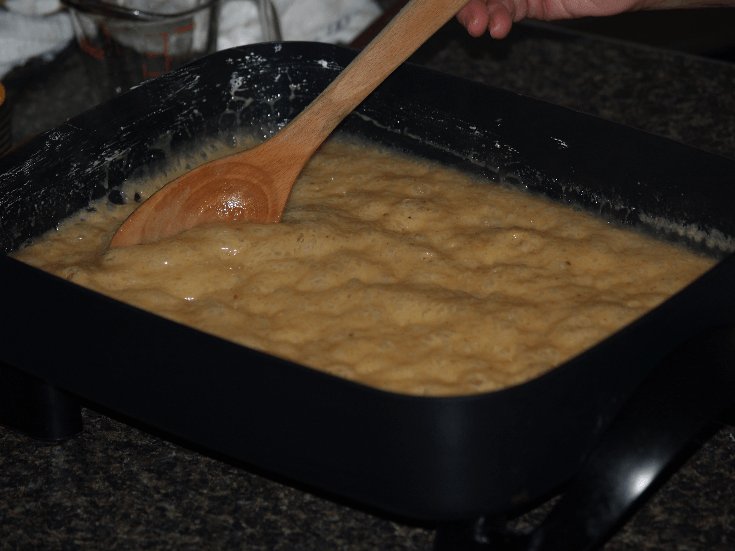 Chocolate Fudge in an Electric Skillet

Learn how to make gourmet fudge recipes with marshmallows and peanut butter.

Turn OFF; add marshmallows, peanut butter and vanilla stirring until melted and blended.

Pour fudge into a buttered 8 inch square pan; set until cooled and cut into squares.

HOW TO MAKE GOURMET FUDGE RECIPES with MINT

Learn how to make gourmet fudge recipes with the refreshing flavor of peppermint.

Over medium heat bring mixture to a boil stirring constantly.

Cover and boil mixture for 3 minutes.

Beat mixture until it thickens and begins to lose the gloss.

Snip a tiny hole in one corner of bag; drizzle over the fudge squares.

Butter foil and set pan aside.

Combine sugar, half and half, chocolate, corn syrup and salt in a medium saucepan.

Remove mixture from heat; add butter and vanilla (DO NOT STIR).

Stir until mixture is thick, smooth and no longer glossy; spread in prepared pan.

Sprinkle with the nuts pressing them into the fudge; cool until set.

Using the excess foil handles lift the fudge out of pan to a cutting board.

Cut fudge into 1 inch squares; store in airtight container in cool place up to 5 days.

Remove from heat and cool to 180F degrees; stir in the vanilla.

Beat on high speed of mixer until fudge thickens and begins to lose the gloss.

Learn how to make gourmet fudge recipes with fruits and nuts.

Stir over medium heat until sugar dissolves and mixture comes to a boil.

Add vanilla; beat until mixture thickens and loses the gloss.

Learn how to make gourmet fudge recipes made with cream cheese and without cooking.

Add the vanilla and melted white chocolate to the cream cheese mixture stirring to blend.

Refrigerate until firm and cut into squares; cover and store in refrigerator.

Bring to a boil over medium heat stirring constantly.

Chill fudge until firm and cut in squares; makes about 2 pounds.

Learn how to make gourmet fudge recipes with sour cream.

Remove from heat and cool; stir in 2 tablespoons of butter.

Cover fudge and chill until firm; cut in squares and place in airtight container. 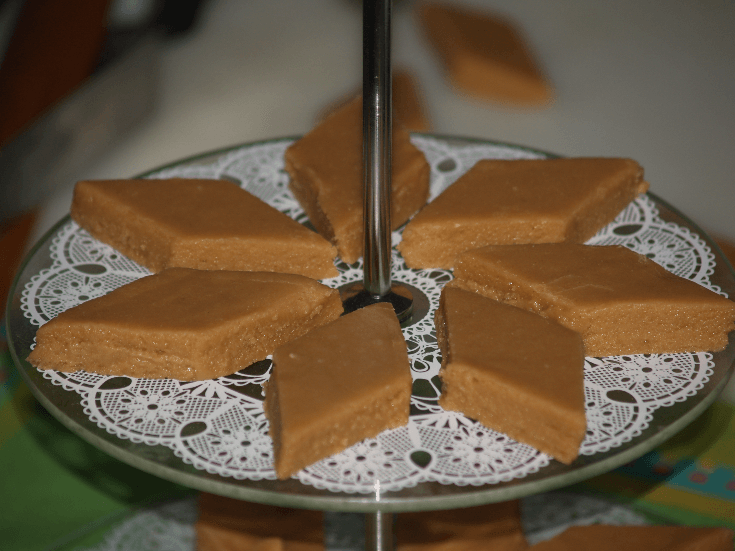 Blend in marshmallows, butter and peanut butter; remove from heat and cool to room temperature.