How to Make Hash

For decades, knowing how to make hash was a matter of necessity, not something one longed to learn. Our past generations, even during my lifetime, no one would consider throwing out any food. It had to be really bad to discard because cooks had to budget their money and the food had to last until they had more money. No one ever made a special trip to the grocery.  Hash was a great way to use up leftovers. It could be eaten for breakfast the next day or anytime throughout the day. 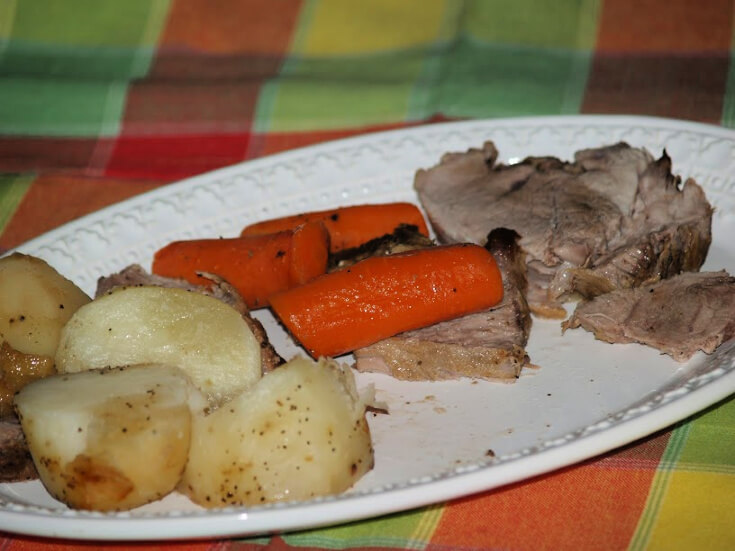 How to Make Hash

The word “hash” refers to finely chopped food. It was very common for families to have a large pot roast for Sunday dinner. The pot would also include potatoes, carrots and onions. These leftovers might be made into hash for breakfast on Monday morning. If not for breakfast then the leftovers would usually be refrigerated until Tuesday. Monday was wash day with the old wringer washer so cooks put a large pot of beans on to cook to feed the family all day.

Learning how to make hash would include how other ingredients would vary the flavor and texture of the recipe. Corned beef hash became very popular throughout parts of the world during war times. It was then that canned corned beef was rationed to the people. Often this was the only protein and people got tired of it. Making hash was a way of changing the flavor and texture therefore becoming a very popular dish.

Today, learning how to make hash is no longer made out of necessity but the desire for it. Often cooks will take two days in the planning. The first day the roast will be prepared and vegetables will be cooked just for hash. The roast could be pork, beef, lamb or corned beef. Often not a bite will be eaten the day it is cooked. The meat and vegetables will be wrapped and refrigerated only to prepare the hash on day two.

HOW TO MAKE HASH RECIPE with PORK 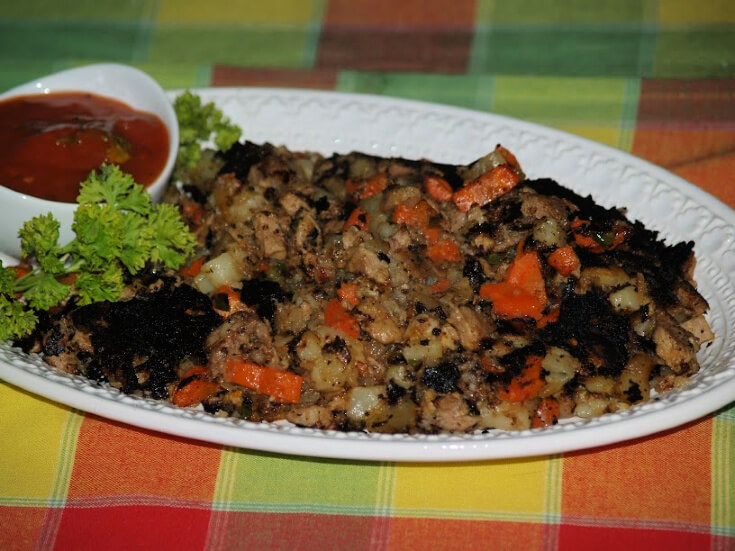 On DAY ONE you need to cook the roast. Use your favorite well seasoned pork roast recipe. If you do not have one, I have included the following recipe. Hash can include many different ingredients. I always like potatoes so also on DAY ONE cook the potatoes (Boil or bake) and refrigerate. The following is a basic hash recipe and you can add other vegetables that you like. Hash is also very popular in other countries. In Brazil, they will add spicy sausage and maybe bananas. In Mexico, you could find raisins and seasonings like cumin and hot pepper. 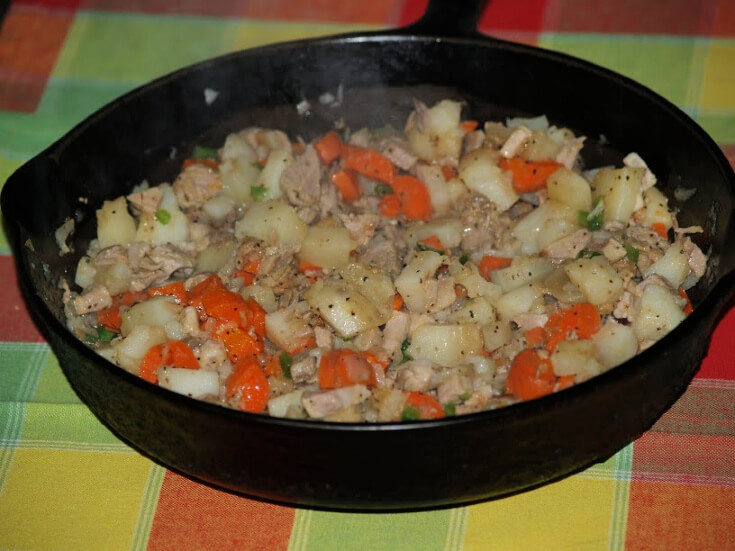 Learn how to make hash the traditional way.

DAY BEFORE COOKING ROAST
Prepare pork roast by cutting a pocket lengthwise in the meat.
Combine and mix garlic, oregano and cumin making a paste.
Fill the pocket in the meat with half of the garlic paste.
Rub remaining half of garlic paste all over the tenderloin.
Place the bay leaves in the pocket; place meat in large zip lock bag.
FOR MARINADE combine wine, orange juice and lemon or lime juice.
Pour over the tenderloin in the plastic zip lock bag.
Top meat with sliced onions; seal bag tightly for 8 hours.
NOTE: Turn bag occasionally to marinate the roast. .
DAY ONE PREHEAT OVEN TO 350F degrees.
Remove meat from marinade and place in shallow roasting pan.
Roast in oven 35 to 40 minutes per pound until internal temperature is 170F degrees).
NOTE: Baste several times during cooking.
Cool, wrap tightly and refrigerate. 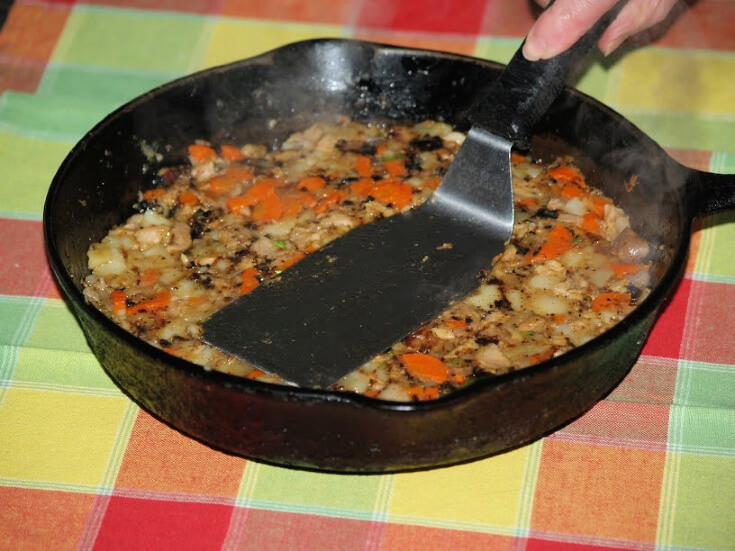 ON DAY 2 MAKE THE HASH
NOTE: When you learn how to make hash you want everything in very small pieces so it cooks together.

TO MAKE HASH combine in large bowl the meat and potatoes.
Add the green pepper, onion, salt, pepper, Worcestershire and bouillon.
Toss mixture until well combined.
Slowly heat butter in a large heavy skillet over medium heat.
Spread hash in skillet; cook hash for 10 minutes or until well heated.
NOTE: Most of liquid should be absorbed.
Turn hash over occasionally scraping skillet with the turner.
After turning spread hash evenly in the skillet.
REDUCE HEAT; cook uncovered without stirring about 40 minutes.
NOTE: Hash should be brown and crusty on the bottom side.
NOTE: You can lift with the turner to check bottom occasionally.
Carefully run turner under hash to loosen; fold in half.
Lift or turn out onto a serving platter; sprinkle with chopped parsley.
Pass the sauce with the hash; serves 4 to 6. 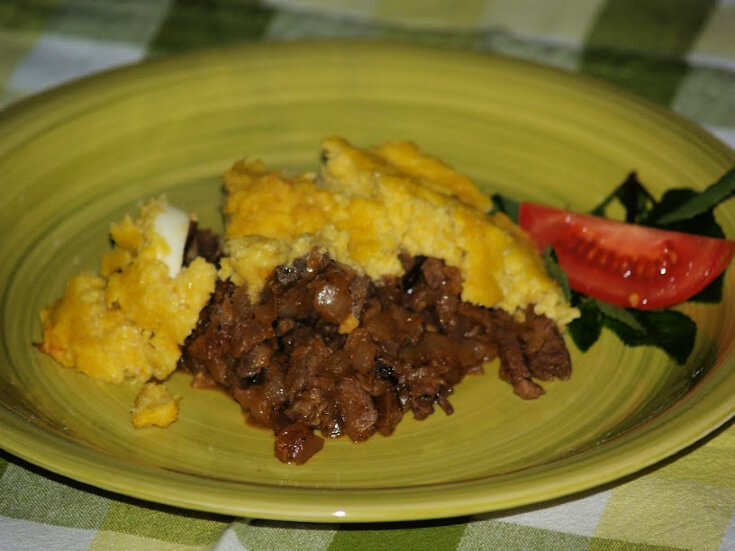 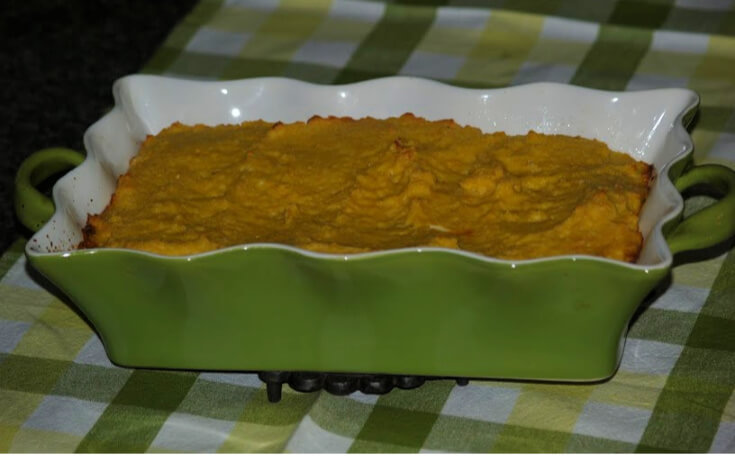 Learn how to make hash with great seasoning and a corn topping.

FOR HASH heat oil in a large skillet; sauté beef and onions.

Stir and cook about 10 minutes.

FOR TOPPING place corn kernels in food processor; process to a puree.

Mix and cook over low heat; beat in eggs one at a time.

Cook and stir until the mixture has thickened; spoon evenly over top of sliced eggs.

Bake 1 hour or until topping is set and lightly browned; serves 4 to 6. 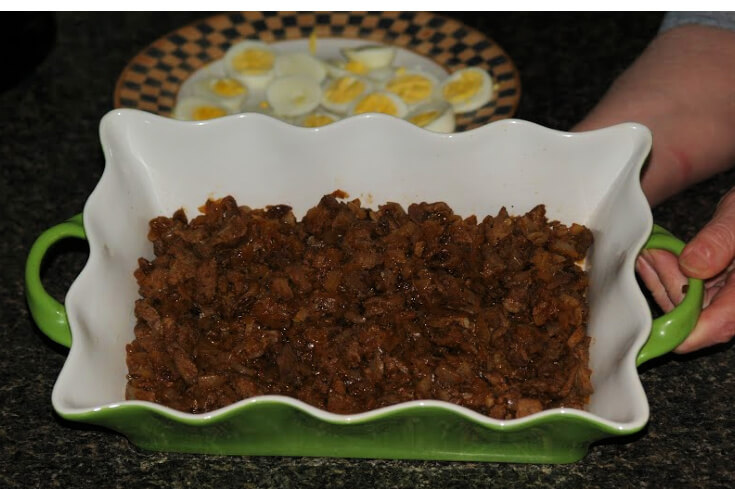 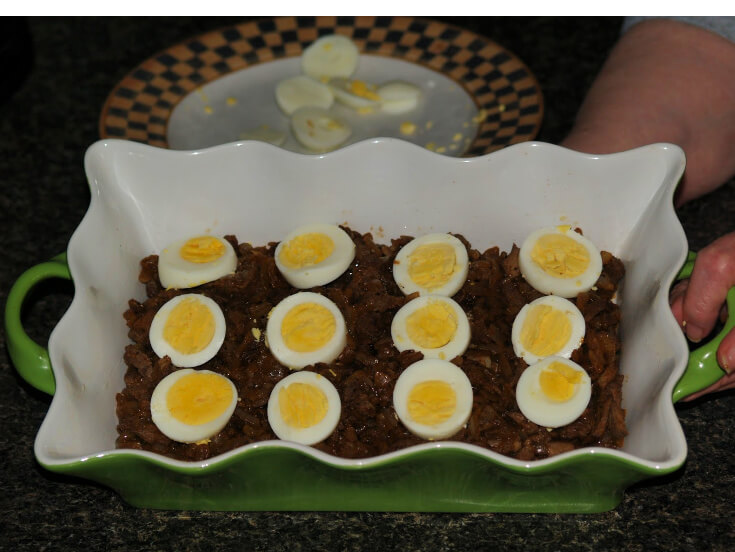 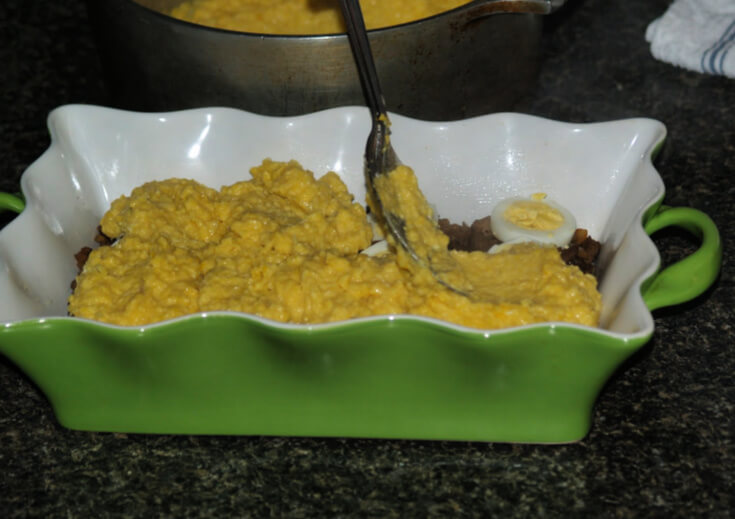 Learn how to make hash in a simple skillet.

Learn how to make hash with beef and eggs.

Preheat oven to 350F degrees.
Grease a small iron skillet or 1 ½ quart baking dish.
Spread cans of beef hash in skillet; bake 15 minutes until hot.
With the back of a large spoon press 6 hollows in the hash.
Dot each hollow with butter; break an egg in each hollow.
Season eggs with salt and pepper; spoon cream over each.
Return to oven and bake 20 minutes until eggs set; serves 6.

Heat fat in a large skillet; add hamburger, onion, bell pepper, salt, pepper and oregano.
Cook and stir until hamburger is browned and vegetables are tender.
Add both soups and vegetables to the skillet; cover and simmer about 30 minutes.

Learn how to make hash with corned beef.

Preheat oven to 350F degrees.
Melt butter in small skillet; sauté onion until tender.
Combine onion, corned beef and potatoes in a bowl.
Add the salt, pepper, ginger and allspice; blend mixture.
Spread evenly in a greased 12X8 baking dish (2 inches deep).
Pour the tomato juice over the top; bake 25 minutes.
Remove from oven; press with back of spoon to make 6 shallow indents.
Break open eggs placing one in each indentation.
Return to oven and bake another 8 to 10 minutes until eggs are set.
Serve immediately; serves 6.

Learn how to make hash with ground beef and rice.

Cut stem and core from cabbage head; place in pot of boiling water.
Cover pot and let cabbage set until leaves wilt and can be removed.
NOTE: Turn cabbage head occasionally so all of the leaves can wilt. I remove outer leaves as they wilt and come loose leaving the head in the hot water.
PREHEAT OVEN TO 350F degrees.
Combine lamb, onion, rice, salt and pepper; mix well.
Place 1 tablespoon of hash mixture onto a cabbage leaf.
Roll cabbage tightly around hash tucking in ends to secure.
Place rolls in a greased pan with lid; place sliced tomatoes on top.
Add water and enough meat stock to half cover rolls.
Place in oven for 1 hour until rice is tender; serves 6.

Learn how to make hash with corned beef and red beets.

Chop corned beef and potatoes in ½ inch squares.
Combine beef, potatoes and beets in a bowl.
Season with salt and pepper to taste; moisten with a little cream.
Melt butter in skillet; add to hot skillet.
Stir mixture and spread evenly; slowly brown bottom of mixture over medium.
Turn mixture over and fold onto a hot platter; garnish with fresh parsley.

Learn how to make hash with salted fish. Be sure to taste before adding extra salt.

Wash fish is fresh water; cut into very small pieces.
Wash, peel and soak potatoes; dice potatoes (Small) and then MEASURE.
Combine fish and potatoes in saucepan.
Cover with boiling water; cook until potatoes are softened.
Drain well and return to the saucepan; mash thoroughly.
Add the butter and pepper; beat with fork until smooth.
Brown salt pork in large skillet; remove pork leaving fat in skillet.
Place fish mixture in the hot skillet; stir until heated.
Continue cooking until browned on bottom side; fold like an omelet.
Remove to a platter; serves 3 to 4.