How to Make Meringue Dessert Recipes

When I was learning how to make meringue dessert recipes I kept coming across Pavlova recipes. The Pavlova meringue recipe, created in Australia, was named for Anna Pavlova, the Russian ballerina. It seemed it was designed for her because it is such a light dessert mainly made from beaten egg whites and fresh fruit. Today, there are many “offshoots” of the original Pavlova recipe. 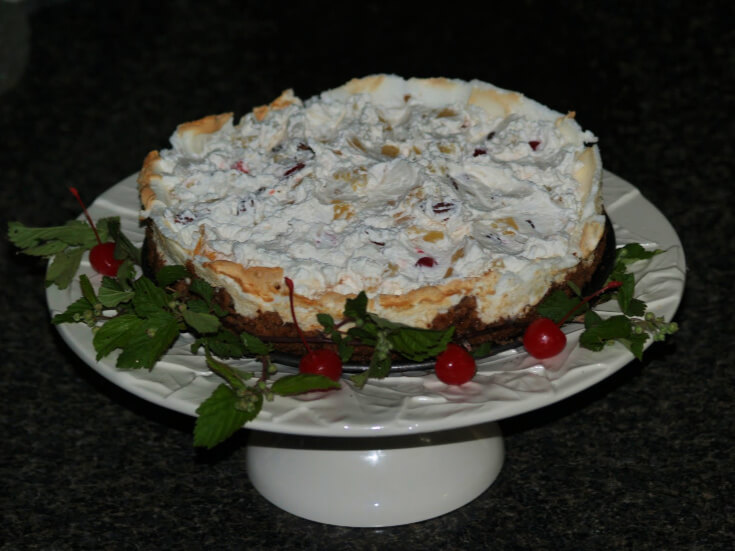 How to Make Meringue Dessert Recipes

Although the Pavlova is famous, it is not the only meringue recipe. After I started learning how to make meringue dessert recipes, I found so many other recipes. I really like this type of dessert to serve with special dinners. The lightness of most of these recipes goes well with a large, often heavy, dinner. Just because I like the lightness to accompany “some” meals, they do not have to be light. The baked meringues are often filled with rich custards, puddings and whipped cream mixtures. These are also delicious but I enjoy this type when the meal is small.

Learning how to make meringue dessert recipes starts with the eggs. Egg whites should be separated from the yolks while still cold. This helps to prevent any of the yolk getting mixed in with the whites. A speck of the yolk, which contains fat, will prevent the whites from beating properly to achieve volume. To separate, do one at a time placing the white in a separated bowl. After separating one drop the white in a large mixing bowl. After each egg, drop the white in the large bowl. Just in case one white gets yolk in it, you won’t ruin the whole bowl. When all eggs have been separated let the whites set to room temperature about 30 minutes. Warm egg whites expand more than cold ones.

Most recipes tell you how many large egg whites to use in a recipe. When learning how to make meringue dessert recipes you should also know how to measure egg whites. There are about 7 large egg whites to a cup and one egg white weighs about 1 ounce. When in doubt, I go for a little extra rather than be a little short. If possible, it is best to make meringue when the weather is not real humid. The humidity prevents the whites from beating to volume. To beat the whites use clean dry mixing bowl (Grease free and not plastic) and beaters. Although I have seen men whisk up egg whites, for me it is much better to use an electric mixer.

If you are just learning how to make meringue dessert recipes, start mixing the egg whites on low or medium speed. At this stage a little of the powdery acid, cream of tartar, added will help to stabilize the beaten whites. Add about one half teaspoon for every eight egg whites. (Can also use a little lemon juice or salt for acid). As the whites become foamy move the speed of mixer to high. This gradual increase will build stability. When the whites have reached soft peaks, without stopping the mixer, gradually add the sugar. Continue beating until whites are thick, shiny and hold stiff peaks. To be sure sugar has dissolved rub a little whites between your fingers. If it still feels grainy continue to beat until smooth.

NOTE: I found some regular granulated sugar is hard to dissolve. I get better results by using extra fine or castor sugar.

Use the beaten egg whites as soon as possible to avoid the volume from deflating. If additional ingredients need to be added to the meringue, use a folding motion. Use a clean spatula or large spoon and gently fold over and under to incorporate the ingredients. At this point the meringue can be baked in all sizes and shapes, usually in a slow oven from one to three hours, to make fabulous desserts. Use your favorite recipe or create your own.

NOTE: Hard baked meringues can be stored wrapped in foil for about 1 week. 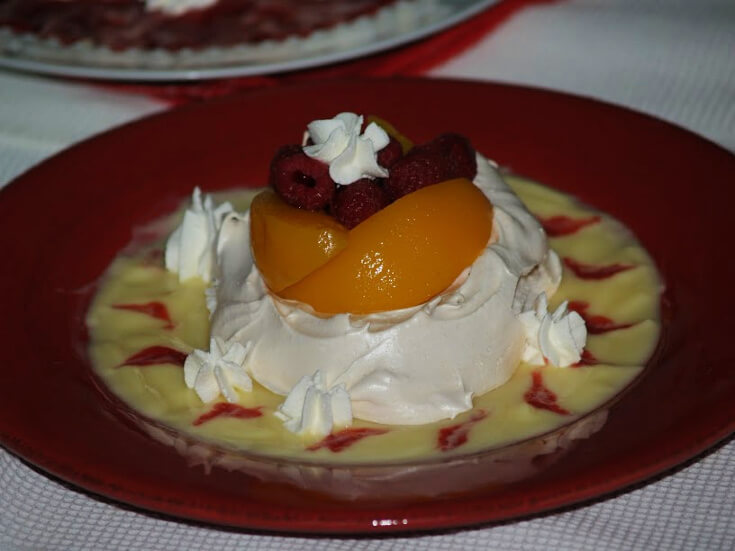 Learn how to make meringue dessert recipes with raspberries and peaches.

FOR MERINGUE beat egg whites and cream of tartar on high speed until frothy.

Drop whites by one half cupfuls onto lined baking sheet; shape into shallow bowls.

Remove from oven and cool completely; remove from parchment paper and set aside.

FOR BUTTERMILK SAUCE combine buttermilk and sugar in heavy saucepan.

Add cornstarch and egg yolks into the buttermilk mixture; whisk to blend.

Bring the mixture to a boil over medium heat whisking constantly.

Whisk and cook for 1 minute; remove from heat and stir in vanilla.

Process until smooth stopping to scrape down the sides; strain into a small saucepan.

Bring mixture to a boil over medium heat; cook and stir for 1 minute.

TO ASSEMBLE spoon custard sauce over bottom of serving dishes.

Place a meringue bowl on top of the custard sauce.

Spoon the peaches and raspberries in each of the meringue bowls.

Place the raspberry sauce in a pastry bag with a small tip.

Drizzle a little raspberry sauce over the buttermilk sauce for decorating.

Pavlova is a start to learning how to make meringue dessert recipes.

Draw a 9 inch circle on the parchment paper.

NOTE: I use a black marker and turn the paper over on tray.

Beat egg whites until stiff but not dry.

Gradually beat in 1 tablespoon of sugar at a time.

Beat mixture until thick and glossy.

Spoon inside circle on the parchment paper.

Remove from paper and place on flat serving plate.

Fill the center with the whipped cream. 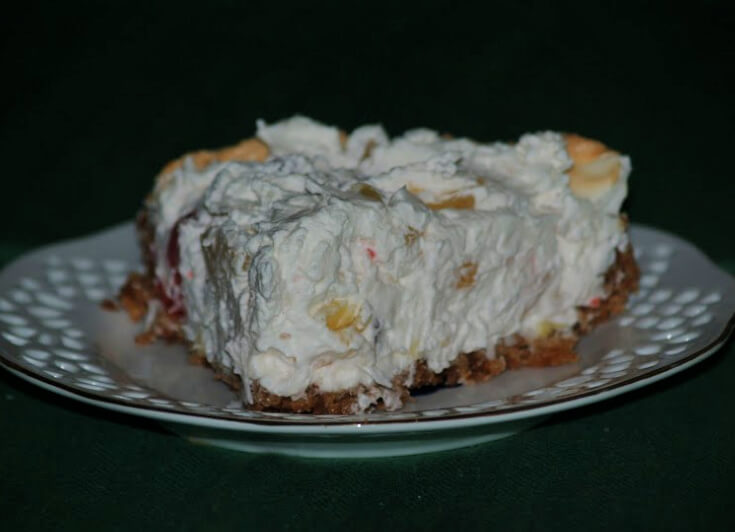 Learn how to make meringue dessert recipes with pineapple and coconut.

Press mixture in bottom and slightly up sides of 10 inch spring form pan (Or 9X12 inch).

FOR MERINGUE beat egg whites, salt and cream of tartar until frothy.

Gradually add the sugar while beating on high speed of mixer.

Bake about 35 minutes until meringue is set and begins to turn brown.

Remove pan from oven and cool completely on rack.

Refrigerate until ready to serve; serves 8 to 12. 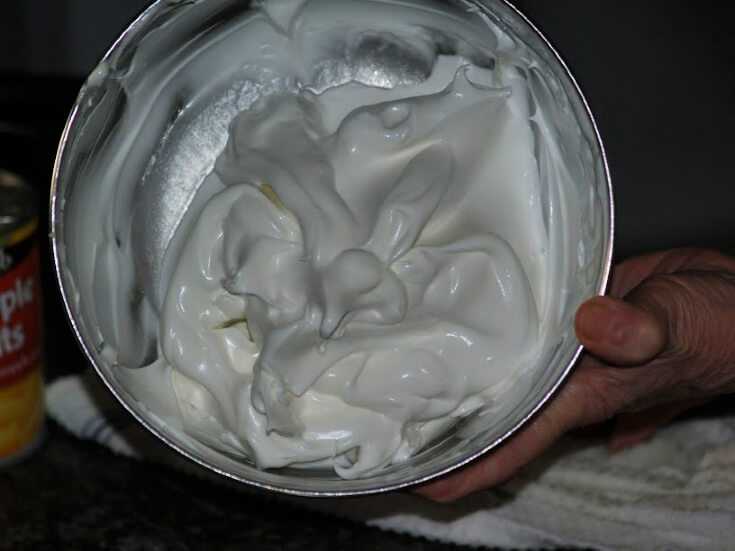 Beat Meringue until Peaks are Stiff 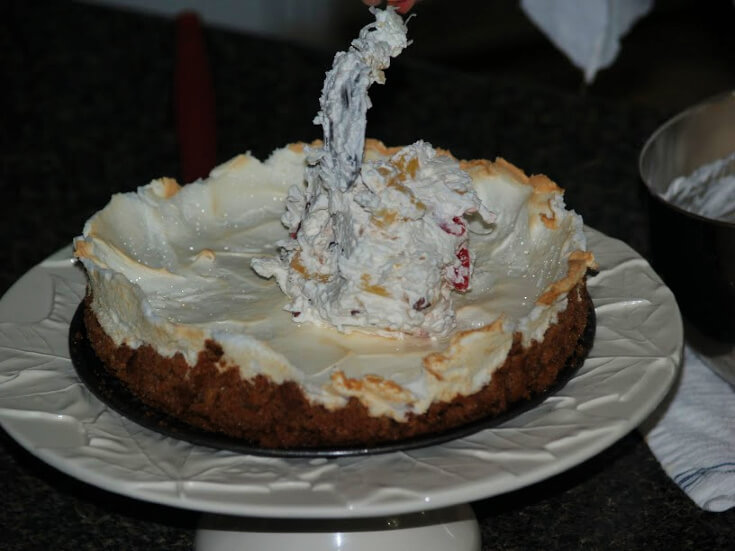 Learn how to make meringue dessert recipes for special occasions.

Slowly add sugar 1 teaspoon at a time while beating.

NOTE: If desired set aside some whipped cream for decorating.

TO ASSEMBLE cut meringue evenly in half (2 pieces 8X6 inches)

Place one half on cake plate; spread whipped cream mixture on meringue.

Top with other half of meringue; decorate if desired.

Learn how to make meringue dessert recipes with fresh nectarines.

Turn paper over on baking tray.

NOTE: Use 2 trays if necessary but both need to bake immediately so both need to fit in your oven. Sometimes I make a larger tray to fit in my oven by layering foil. I make sure it is all covered with the parchment paper because the foil will reflect the heat and overbrown the meringue (Or other food baking).

Combine in large mixing bowl the egg whites and cream of tartar.

Gradually beat in the superfine sugar until stiff and glossy.

Carefully fold the nuts into the beaten egg whites.

Spoon meringue into a pastry bag fitted with a large round tip.

Pipe meringue into 3 spirals starting at the center of each circle.

Bake for 2 hours or until meringues are crisp and dry.

In a medium bowl whip the cream until soft peaks form.

Beat in the powdered sugar beating until stiff peaks form.

Place ONE meringue on a cake plate.

Spread the meringue with a THIRD of the whipped cream.

Arrange HALF of the nectarine slices on top of the whipped cream.

Place a SECOND meringue on a FLAT surface.

Spread meringue with a THIRD of each whipped cream and the nectarines.

Carefully lift the second meringue on top of the first.

NOTE: I use a large Wilton’s cake layer lifter.

Top with the last meringue layer.

HOW TO MAKE MERINGUE DESSERT RECIPE with CHOCOLATE RASPBERRY

How to make meringue dessert recipes with chocolate meringue.

Beat the egg whites and salt in mixing bowl on high speed until foamy.

Gradually beat in the sugar beating until stiff peaks form.

Sift the cocoa powder over the meringue; gently fold in.

Gently fold in the nuts and vanilla; spoon into the 2 prepared circles.

Bake for 45 minutes; cool on tray.

Top meringue with HALF of the whipped cream.

Top cream with 1 CUP of raspberries; top with remaining meringue.

How to make meringue dessert recipes with fresh raspberry filling.

FOR MERINGUE combine egg whites and cream of tartar in large mixing bowl.

Beat with electric mixer on high speed until foamy.

Gradually beat in sugar 1 tablespoon at a time until stiff peaks form.

NOTE: It takes about 2 to 4 minutes for sugar to dissolve.

Make a large indentation in center of meringue.

Let meringue cool in the oven for 1 hour.

FOR FILLING combine ¼ CUP of raspberries and ¼ CUP of sugar in food processor.

Add cornstarch, salt, water and lemon juice to the processor.

Process until smooth; transfer to a large heavy saucepan.

Remove from heat; stir in the gelatin until it dissolves and set to cool.

Spread a thin layer of gelatin mixture over the meringue shell.

Fold 2 ¾ CUPS of raspberries into the remaining gelatin mixture.

Spoon mixture into the meringue shell; top with remaining 1 CUP of berries.

Learn how to make meringue dessert recipes with the meringue on top.

Sprinkle almond mixture over the berries in shallow dish.

Peel pears, cut in half lengthwise and remove cores.

Arrange pears cut side down in single layer over berries.

Place bowl over a pan of simmering water.

Beat with hand mixer until stiff and glossy.

Spoon or pipe meringue over the pears.

Return to oven and bake 10 minutes longer until lightly browned.

Learn how to make meringue dessert recipes shaped like a heart.

Draw the outline of a heart (9 Inches across the widest part).

FOR MERINGUE beat egg whites and cream of tartar until foamy.

Gradually beat in ¾ cup of sugar until stiff and glossy.

NOTE: Do not UNDER beat.

Spoon meringue into heart outline on paper building up the sides.

Remove from oven and finish cooling away from drafts.

Pile mixture into the meringue shell; cover and chill at least 12 hours.

FOR TOPPING stir together pie filling, lemon juice and strawberries.

Spoon topping over the cream cheese filling; cut into wedges.