How to Make Mexican Food

Before learning how to make Mexican food, you need to have an understanding of the history of Mexican food. Much like the United States, Mexico covers such a large area that the cuisine varies greatly from one area to another (or region to region).Because of the difference in local climate, geography, ethnic background and outside influences, recipes are very different.

The Northern region of Mexico borders the United States. Like our Southwest, this region is made up of arid and semi arid desert, with sandy soil and little rainfall. The early inhabitants of this area lived as hunters and gatherers. They hunted deer, rabbit and wild turkey from the northern plains and gathered whatever fruit and wild grasses that they could find to live on. When the Europeans arrived, they replace much of the corn with wheat and they found this area very good for grazing cattle. The people learned to preserve the meat by salting and drying it. It is now known for its meat dishes. The frugal people of this area enjoy a simple diet of comfort foods; heavy in fats and starches.

Central Mexico has become a wonderful melting pot for dishes from all over the world. This central plateau with Mexico City, enjoys culinary dishes like no other place in Mexico. It has access to many interesting ingredients which cannot be found anywhere else in Mexico. Even though this Central Mexico region adapts many dishes from outside, it has its own traditional foods basically like the Northern Mexico cuisine.

The Bajio Region is located in the southern part of the country. This area is best known for its celebration, conversation and food. This is a land of tall mountains and lush valleys. How to make mexican food in this region of Mexico is known for spicy chicken and vegetable dishes made by adding Mexican chilies. Being on the coast seafood is present in many recipes like cerviche. Being a place which frequents visitors from around the world, the cuisine has been influenced by many cuisines.

Depending on the area of this Pacific Coast region a variety of crops are grown to sustain them locally. Corn, beans, sorghum and wheat are grown in the temperate areas and in the tropical area you can find bananas, rice, sugar and coffee. This area is known for dishes with locally grown products and especially its spicy pork and goat dishes.

The Yucatan Region is known for its natural sweetness instead of spiciness. Honey is produced and many tropical varieties of fruits are grown in this area which enhance the cuisine. The food here is different from the rest of Mexico. It has influences from the French, the Caribbean and the Middle Eastern Cuisine as well as its own local Mayan culture. This area is known for its turkey and pork dishes served with a sweetness from the fruit and honey.

How to make Mexican food in Baja California Peninsula is a Mexican extension of California. The area has a lot of Spanish influence in the foods and is well known for its Caesar salad recipe and paella. Fresh seafood is used in much of the cooking. This is the primary wine growing region and wine is infused in the cooking.

When you learn how to make Mexican food, you will find many ingredients come from this country. We take for granted the part Mexico plays in the production of wonderful Mexican vanilla beans and chocolate. Tomatoes, onions and garlic are infused in many recipes like salsa. When we think of Mexican food, the first thought is to the many Mexican peppers; and there are many. Chili powder, along with other spices and herbs is what make the Mexican cuisine. Cinnamon, Mexican oregano, cumin and cilantro are a must when cooking Mexican food. 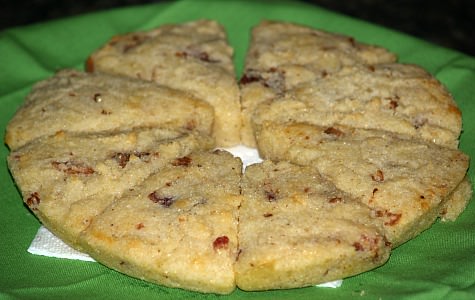 How to Make Mexican Food

Combine and mix all ingredients except the cheese; fold in the cheese.

Spoon batter into prepared molds or skillet; bake 35 to 40 minutes.

Brown meat in skillet with onion, garlic and green pepper; add soups and milk and bring to a simmer.

Stir in the cheese until it melts.

Break tortillas in pieces and layer in a large casserole baking dish.

Wash chilies and make one slit down side; remove seeds.
Mix cheese and onion; fill chilies.
Mix flour, salt and pepper; set aside
Separate eggs and beat whites until stiff; beat yolks until very light.
Add yolks to whites beating constantly.
Dip damp chilies into flour and then using a large spoon, dip chilies into the egg.
Fry two chilies at a time in a skillet with ½ inch hot oil until golden brown turning only one time.

HOW TO MAKE GUACAMOLE

This is the most popular recipe when you know how to make Mexican food.

Peel avocados; remove and save seeds; mash avocados with fork and beat until almost smooth.
Add remaining ingredients and mix well; bury seeds in the dip. (This will keep guacamole from turning dark)
Cover with plastic wrap and refrigerate; remove seeds before serving.