How to Make Orange Marmalade

I had never learned how to make orange marmalade or any type of marmalade. Although I grew up with my family making jams, jellies and preserves, no one ever made marmalade.  This type of condiment is made with citrus; the peel (which jams, jellies and preserves do not contain), pulp and juice of oranges (and/or) grapefruit and smaller amounts of lemon. Other non-citrus fruits may or may not be added to the recipe.

The British people know quite well how to make orange marmalade. It is the most popular condiment served with British scones. Various versions of marmalade can be found dating back to the Romans.  The term “marmalade” can also be found in Spain but most often refers to what we call preserves; made with fruit other than citrus. Other European countries will also use the term “marmalade” for any jellied fruit.

I decided to learn how to make orange marmalade because I have so many recipes, both for desserts and entrees, using it as a main ingredient. I bought a good brand from the grocery store but was very disappointed in the taste. Have you ever tasted the commercially made type? It is so artificially sweet to the taste without adding significant flavor to the recipe. Once I learned how to make orange marmalade or citrus marmalade, I was hooked. The flavor it adds to recipes is unbelievable! It is also delicious on hot biscuits and homemade scones.

HOW TO MAKE ORANGE MARMALADE 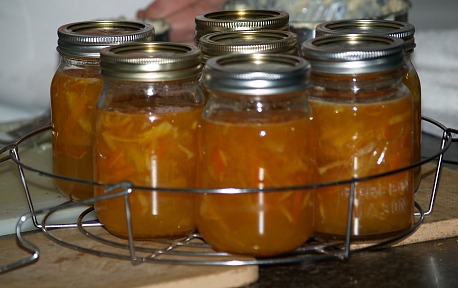 How to Make Orange Marmalade

Slice oranges; cut the orange rind away from the white section and measure 1 quart.
Cut the orange pulp off and measure a quart of the pulp. DISCARD THE WHITE PART OF THE ORANGE.
Put the orange peel and pulp in a large heavy saucepan; add the lemons.
Add the water to the fruit and heat to a simmer; simmer for 5 minutes.
Cover pan and let stand in a cool place for 12 to 18 hours.
Reheat to a rolling boil and cook until peel is tender about 1 hour.
Measure fruit and liquid; add 1 cup of sugar for each cup of the mixture.
Bring mixture slowly to boiling stirring until sugar is dissolved.
Cook rapidly to the jelly stage about 25 minutes; stir occasionally to prevent sticking.
Pour boiling hot mixture into clean sterilized pint canning jars.
Adjust lids and process in a boiling water bath for ten minutes.
Makes about 8 pint jars.

Pictured Below: Cooking the marmalade to the jellied stage 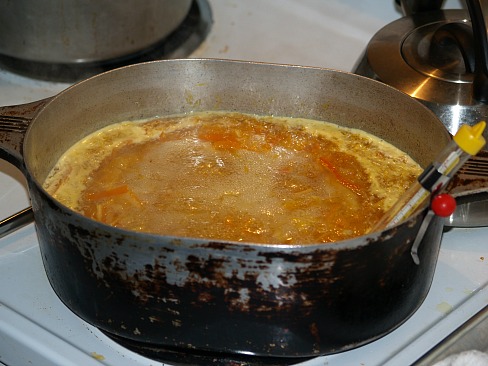 Add 1 ½ quarts of water to fruit peel in a large saucepan; boil 5 minutes and drain.
To the drained peel and the fruit pulp, lemon and 1 ½ quarts water; bring to boil and boil 5 minutes.
Cover and let stand in cool place for 12 to 18 hours.
Bring to a boil and cook rapidly until peel is tender about 40 minutes.
Measure fruit and liquid; add 1 cup of sugar for each cup of mixture.
Bring slowly to a boil stirring until the sugar is dissolved.
Cook rapidly to the jelly stage about 30 minutes while stirring frequently.
Pour hot mixture into hot sterilized canning jars; adjust lids.
Process jars in a boiling water bath for 10 to 15 minutes. 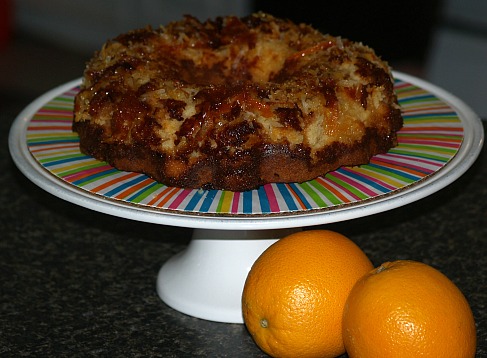 Preheat oven to 375F degrees.
Melt ¼ cup of the butter in a 9 inch (smooth) ring mold.
Mix the marmalade and coconut and distribute evenly over the melted butter.
In a mixing bowl combine sugar, eggs and remaining ½ cup of butter; blend well at low speed.
Combine flour, baking powder and salt; combine milk and orange extract.
Alternate adding flour mixture and milk mixture to the creamed mixture; blend well.
Spoon batter evenly over the marmalade mixture.
Bake for about 35 minutes or until pick comes out clean.
Cool 5 minutes; invert onto a cake plate. 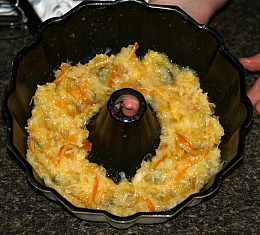 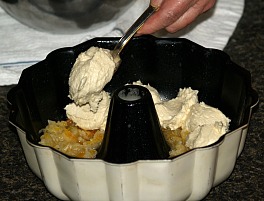 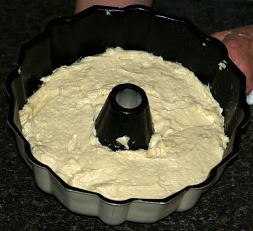 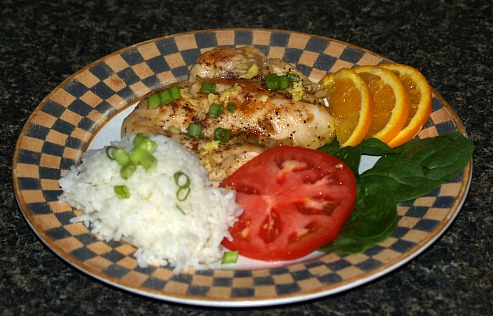 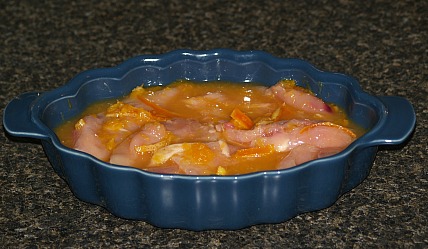 Preheat oven to 350F degrees; grease a 9 X 5 inch loaf pan.
Sift again the sifted flour with baking powder and salt; set aside.
Beat honey, butter and eggs with a spoon until smooth; stir in marmalade and orange peel and mix well.
Add the flour mixture to the wet mixture; stir until well blended and stir in nuts.
Turn batter into prepared pan; bake for 1 hour or until pick comes out clean.
Cool in pan 10 minutes; remove from pan and cool completely.