How to Make Savory Crackers

When I got the idea of learning how to make savory crackers all I knew for the plain salted crackers. I thought it would be good to have some with the flavors of herbs and spices. The history of crackers goes back many years in this country to our New England colonies. Perhaps this is because they are also popular in the United Kingdom. Supposedly the “cracker creator” was John Pearson, the son of John Pearson who arrived in Massachusetts from England. 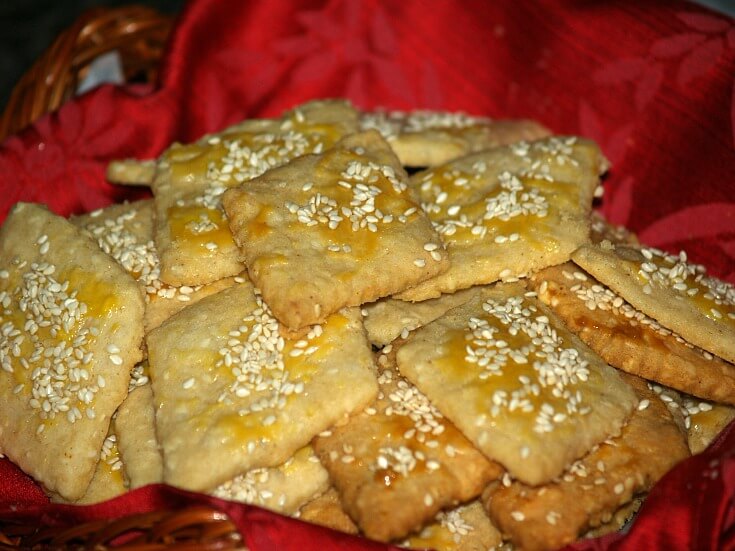 How to Make Savory Crackers

Crackers can be made simply by mixing flour and water. As I was growing up in the fifties, Mom and many of my older siblings would talk about living through the Depression. For most, it was not a good time. People would wait in line for hours only to receive a cup of flour. Most of the time there were no other ingredients available. They considered themselves lucky if they could get this flour.  Crackers (Some called them biscuits even without leavening.) were the only thing they could make with this flour.

I am sure many people during the Depression learned how to make savory crackers without even knowing it. Back then most people knew how to use wild grasses and herb.  Many tried to grow anything that they could to extend their food including small plots of garlic and other herbs. Probably these were added to the flour and water making flavorful crackers.

During my younger life the saltine crackers were all I knew. These were served with soups but also were known to settle an upset stomach. Later they were served along with cheese. Cheese dips and various cheese ball recipes became so popular making crackers even more important. Soon the grocery store shelves were filled with all types, brands and flavors of crackers making them a simple snack food.

Some of these store bough crackers were tasty until I learned how to make savory crackers at home. I learned to add all kinds of seasonings to my recipes. The main tip for making crackers is to roll the dough thinly or cutting the roll slices thinly. This helps them to bake to a nice crisp “cracker” texture. 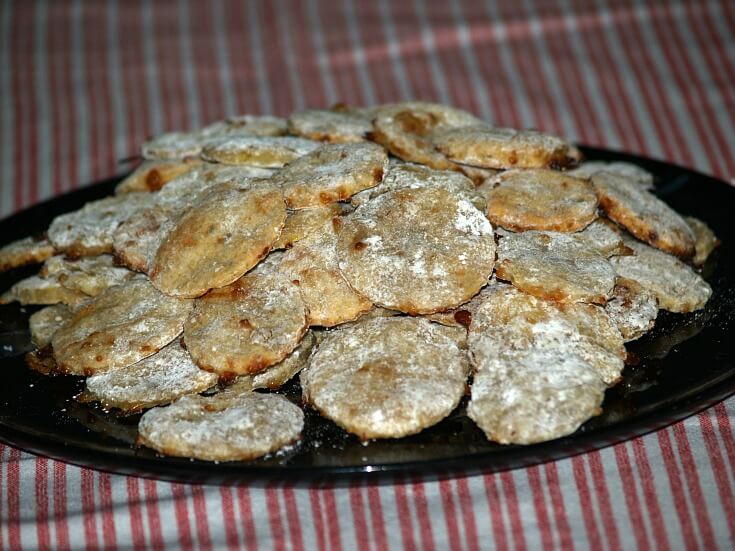 Lean how to make savory crackers with grits.

Add butter to flour mixture and combine until crumbly.

Add buttermilk to the well; stir until stiff dough forms.

Bake 12 to 14 minute until golden brown; cool on rack.

Learn how to make savory crackers with rosemary and pecans.

Beat on medium speed of mixer until well blended.

Wrap dough in plastic wrap; refrigerate for at least 2 hours.

Lightly press balls with bottom of glass to ¼ inch thickness.

NOTE: By spraying glass with non stick spray balls will not stick to glass.

Bake for 18 to 20 minutes until set; cool completely on rack.

Learn how to make savory crackers with wonton wrappers.

Learn how to make savory crackers with or without herbs.

Blend all ingredients on medium speed of mixer about 30 seconds.

Divide dough in half; shape each in long roll about 1 inch diameter by 8 inches long.

Wrap in plastic wrap and refrigerate about 2 hours until firm.

Learn how to make savory crackers with ham and cheese.

Combine and blend all dry ingredients; cut in shortening with pastry cutter.

Stir ham and cheese to mixture; gradually stir in milk and oil.

Cut dough with a small biscuit cutter; place in prepared pan with oil.

Learn how to make savory crackers in stick form.

Beat egg white and water together; brush each stick with mixture.

Top each stick with a line of caraway seeds; let rise until doubled.

HOW TO MAKE SAVORY CRACKERS WITH VEGETABLES

Learn how to make savory crackers with vegetable soup mix.

Add butter and egg beating on medium speed of mixer until blended.

Gradually beat in the buttermilk; stir in enough of the remaining flour to make soft dough.

Prick squares with a fork; sprinkle tops with salt.

Bake 12 to 15 minutes or until golden in color; place on wire rack to cool.

Stir in buttermilk and oil; shape dough into 6 balls.

On floured surface roll each ball into a 9 inch square; cut into 2 ½ inch squares.

Bake 8 to 10 minutes until crisp and golden; cool on rack. 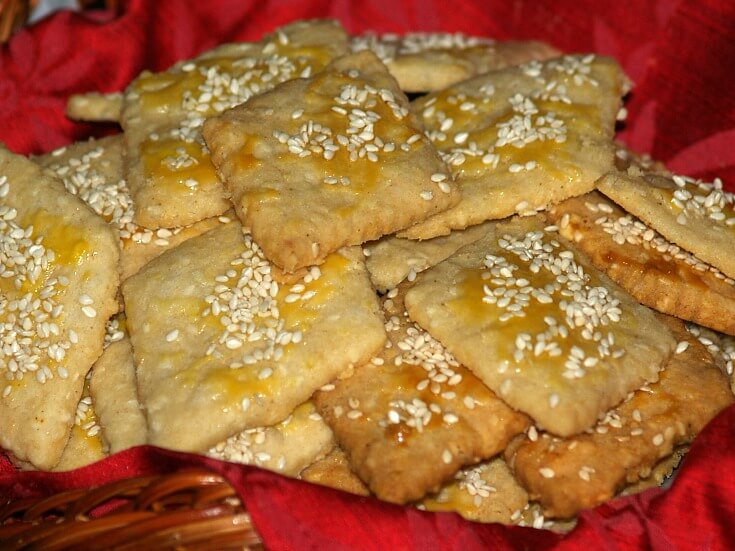 Use hands to work in the butter and oil mixing until dough forms and holds together.

Roll dough out on a lightly floured surface (About 1/8 to ¼ inch thick).

Brush each with beaten yolks; sprinkle with sesame seeds.

Bake about 12 minutes until golden and cool; makes about 3 dozen.

Cream butter and cream cheese together until light.

Wrap ball in wax paper and freeze about 1 hour ONLY until dough firms up.

Learn how to make savory crackers with potatoes.

Bake 10 minutes or until golden brown; makes about 24 slices.