How to Make Stuffed Peppers

When I first learned how to make stuffed peppers, it was only using green bell peppers. This is what I grew up with so it is all I knew. Did I ever have a lot to learn! I often saw the red, yellow and orange bell peppers when I purchased the green ones. These colors are so pretty so I had to find ways of using these also. I quickly learned that these made great appetizers when stuffed with different types of cheeses. 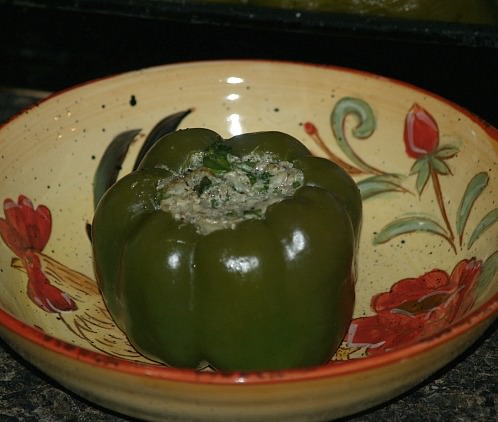 How to Make Stuffed Peppers

Since I was very young, I was quite familiar with hot banana peppers. I never learned how to make stuffed peppers with them but everyone in my family loved them. Dad grew a lot of these peppers so we ate them raw on sandwiches, chopped in all kinds of dishes and Mom would can them. I figured that this pepper had to taste good when stuffed and I was right. You can use any pepper stuffing, rice, cheese, meat, seafood or whatever to fill banana peppers.

When learning how to make stuffed peppers, try mixing different stuffing recipes with different types of peppers. As I said with the banana peppers, you can use any of the fillings. When choosing peppers to stuff, make sure the pepper is big enough to fill. Some are so tight and skinny that it would be awfully hard to put stuffing in them. Pick peppers that appeal to your taste buds. If you do not like hot spicy foods then you should stick with the sweet peppers. Let me tell you, after cooking, these hot peppers become “fiery” hot.

Broil until blisters appear on peppers and tomatillos and onion are browned about 5 minutes on each side.

Place grilled onion and tomatillos in an airtight container and refrigerate 8 hours.

Cook peppers in the hot oil on both sides until lightly browned; serve immediately with tomatillo sauce.

HOW TO MAKE STUFFED PEPPERS WITH SAUSAGE AND RICE 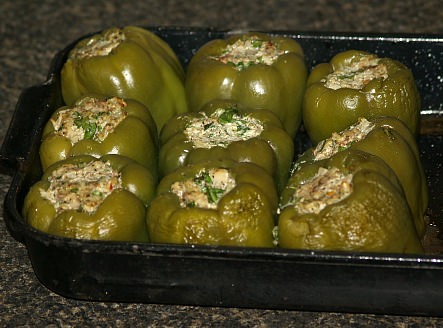 Learn how to make stuffed peppers with the delicious combination of sausage and rice.

Bake about 60 minutes until sausage is done.

NOTE: If needed lay a piece of foil over top the last 15 minutes to prevent over browning.

When learning how to make stuffed peppers jalapenos are a favorite for appetizers.

Stuff each jalapeno with 2 to 3 tablespoons of the shrimp mixture; place on baking sheet.

Bake until cheese is browned on top 20 to 30 minutes; sprinkle with lime juice before serving.

Cut peppers in half lengthwise; remove seeds and pat dry on paper towels.

Combine and blend the eggs and milk; mix together ½ cup of flour, cornmeal and seasoned salt in shallow dish.

Roll stuffed pepper halves in remaining ½ cup of flour; dip in egg mixture and then dredge in the cornmeal flour mixture.

Pour about 3 inches of oil in a Dutch oven; heat to about 350F degrees.

Without crowding fry peppers in hot oil until light golden brown about 4 minutes.

When learning how to make stuffed peppers, bell peppers can be stuffed with many different ingredients.

Trim off tops of bell peppers and remove seeds; precook peppers in boiling water for 5 minutes.

Cover mixture and simmer until rice is tender; add cheese.

Peel potato; and cut into 1 inch pieces; cover with boiling water and cook until tender about 20 minutes.

Drain potatoes and mash (Nothing added).

Add wine to skillet and cook for 2 minutes or until liquid evaporates; REMOVE from heat.

Spoon cheese mixture into peppers and place into prepared pan.

Bake for 10 minutes or until lightly browned.