How to Make Lent Recipes

Learn how to make Lent recipes because they are very popular every year at this time. Christians around the world traditionally give up different foods from their diets. Prayer and this sacrifice of certain foods are done for a period of time leading up to the crucifixion and resurrection of Jesus Christ which would be Easter. This is one occasion which the Lord through His Word, the Bible instructs us to celebrate.

Different denominations celebrate this period in different ways. Many extend the period of time over forty days sacrificing with a very strict diet using Lent recipes that have no meat, fish, cheese, eggs or dairy products.

Learning how to cook Lent recipes varied throughout the ages and from one country to another. Ingredients allowed for consumption varied greatly. Most allowed no meat to be eaten, but for some no animal products were also included among many other foods. There were also restrictions on drinks such as alcoholic beverages. There have also been times in various countries when you could eat and drink these “forbidden” products but you were charged a “contribution” for the consumption.

The Catholic Church in the more modern Western society has relaxed the demand for fasting for the Lent season. Most now only fast on Ash Wednesday and on Good Friday instead of the entire forty days of the Lent season. Sometimes fasting may mean giving up one type of food or beverage like alcohol. For others, fasting may mean having only one full meal which includes meat during the day. All this means if you are wanting to learn how to make Lent recipes, do some research as to what ingredients should be used in your cooking suitable for your family or guests.

HOW TO MAKE LENT RECIPES like this
VEGETABLE SOUP RECIPE 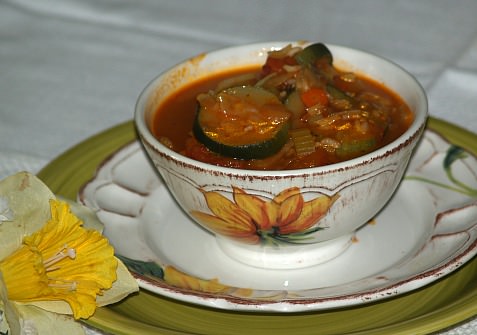 How to Make Lent Recipes

The following is a good vegetable soup for Lent.

Cook vegetables for 10 to 15 minutes in the olive oil.


Add the remaining ingredients and simmer about 1 hour or until all vegetables are tender. (May need to add a little more water but soup should be thick)

The period of forty days comes from the Gospels where Jesus spent forty days fasting in the desert before he began His ministry. Some denominations calculate the time differently and some exclude certain days such as the weekends. They might have a shorter period of time and sacrifice only one or two foods. There are denominations of Christians who do not publically observe Lent at all. They believe that the Lord’s scriptures teach that prayer and sacrifice should be done in private and secrecy.

Most of you have heard of the Mardi Gras season, Carnival season or Fat Tuesday, all terms related to the period leading up to Lent. Mardi Gras is French for Fat Tuesday meaning the practice of eating richer fatty foods. Most people will learn how to make Lent recipes before Fat Tuesday, the day before the ritual fasting begins. Other countries sharing the Christian traditions observe in similar ways. In England, Shrove Tuesday is a time for making your confessions before Lent begins. Being the melting pot that the United States is, all the different customs are celebrated here.

For many cleaning the home is as important as cleaning the body and spirit. The first day of Lent is the beginning of spring house cleaning. All the walls get cleaned or maybe a fresh coat of paint. The kitchen especially is thoroughly cleaned; cabinets inside and out. Food storage is cleaned and organized for another year. As family traditions dictate, tables are set and stocked with foods for the occasion if visiting friends and family should come.

Traditionally younger people learn how to make Lent recipes which have been passed down from generation to generation. For most cultures vegetarian recipes or vegan recipes are acceptable. For many casserole recipes or other recipes with fish are quite acceptable. If you are not sure and you plan to host a dinner for Lent, stick with recipes that have no meat, poultry, fish, eggs, dairy products, olive oil or wine. Sometimes butter substitute, egg substitute and other substitutes are allowed. Even though many foods are sacrificed, the ones allowed can be flavorful and delicious.

In many countries Lent recipes consists of a lot of sweets; sweet breads, cakes, sweet rolls and puddings are plentiful during the Lent season. This is why a lot of people complain of gaining weight during this time. It is like Christmas when we have an abundance of food. Most sweets are acceptable with most cultures, so the tables are always filled for visiting guests.

Cream sugar and oil until light and fluffy.

Add baking soda to applesauce and blend into sugar mixture.

Sift flour, cinnamon, nutmeg, cloves and salt; stir in the sifted mixture the raisins and nuts.

Stir dry ingredients into the creamed mixture until well blended.

Spoon batter into paper lined cupcake tins and bake about 15 minutes or until a pick comes out clean.

Sift together flour, baking powder, salt and sugar.
Combine egg, milk and shortening; stir liquid mixture into dry mixture.
Pour batter into a greased loaf pan and let stand at room temperature for 20 minutes.
Bake in preheated oven at 350F degrees for 1 ¼ hours; remove from pan and cool on rack.

Stir in flour; mix thoroughly (DO NOT BROWN)

Sauté mushrooms and shallots in 2 tablespoons butter until tender.

Stuff 2 egg halves with mixture; put 2 halves back together to make a whole egg.

Spread a layer of Mornay sauce in bottom of a baking dish; arrange eggs on top.

Bake until heated 10 to 15 minutes; place under broiler until lightly brown on top.

Cut a thick slice from top of each onion; scoop center from onion and set aside.

Brush each onion shell with oil; sprinkle with paprika.

Add parsley, half and half, olives, walnuts, cheese and salt to skillet and mix well.

Combine melted butter with bread crumbs; sprinkle over the top.

Combine in a bowl the soup, sour cream and carrots; add squash and onion.

Combine in another bowl the stuffing mix and butter; spread half on bottom of greased casserole dish.

The main ingredient, in this lent recipe, is thick creamy Arborio rice.

Heat butter and olive oil in a medium saucepan over low heat.

Heat stock in a saucepan; add ¼ cup at a time to the rice mixture cooking until liquid is absorbed.

Cook rice until liquid is absorbed; stir in cheese, salt and pepper.