When you learn how to make pierogy recipes, you will be making them over and over again. Every person I know who have eaten these little dumplings, love them. This is especially true of the homemade ones. They are very time consuming but so worth it. Your family and friends will love you for making them. Years ago, I made a “bunch” for the country club where I worked. It was not the last time!

The origination of pierogy recipes comes from eastern and central Europe. The casing is made with unleavened dough, what I call “noodle dough”. After mixing the dough until well blended, I roll it out thinly and cut into circles with a biscuit cutter. You can cut them in any shape you like; squares, ovals, etc just following this same principle.

Many great filling recipes are available with meats, cheeses and vegetables. After rolling and cutting the dough; spoon a little filling on the pastry. Fold the dough over the filling and seal the edges. After finishing the recipe, bring a pot of water to a boil. Cook the pierogies in the boiling water a few at a time. You can serve them with melted butter or about any type of sauce.

Similar to pierogy recipes is the piroshkis, another small filled dumpling. These recipes are from the areas of Russia, Ukraine and Belarus. They have an encasement made with more of a puff dough made with yeast or cream cheese. These are traditionally served with borscht and can be made baked or fried. They are filled with many meat, vegetable or cheese fillings.

Most countries around the word have their own versions and names for pierogy recipes. They vary a little by the type of dough used. Most ingredients from one country to another like meats, cheese and vegetables are similar. I find the greatest differences in the taste are the many spices, seasonings and local country ingredients.

Khinkali Filled dumplings resembling pierogy recipes are known to be the national food of Georgia. We have Pitepalts from Sweden, Bulgogi dumplings from Korea and the Gyoza Japanese filled dumplings. Empanadas are well known in the Philippines and Hispanic countries varying from one country to the other. Kreplach is the Jewish filled dumpling, Manti is Turkish and we have momos and Samomos from the Indian subcontinent.

From the Chinese food cuisine we find the most recipes having resemblances to the pierogy recipes. Cha Siu Bao or pork buns from Northern China are known to be on the tough side without much flavor but Southern is known to be more tender and flavorful. Tara dumplings made with tara root is the dumplings served as a standard dish in Hong Kong. Har Gow or “shrimp bonnet” is made with 7 to 10 pleats and filled with shrimp.  Siu Mai Chinese dim sum dumplings are different because these are open instead on enclosing them. Xiaolongbao are known to be the Chinese soup dumplings. Most of us are more familiar with wontons and pot stickers which are very common in Chinese cuisine.

NOTE: Personally, I do not like this dough fried. It has no leavening and no shortening therefore, when fried it is a harder crust with no flakiness.

Mix together the flour, salt and egg in large bowl.
Stir in the water until a stiff dough forms.
Divide dough in half; roll to paper thin.
Cut dough in rounds with a biscuit cutter.
Place a teaspoon of filling on one half side of round.
Moisten edges with a little water; fold side over filling.
Press around sides to seal; finish all dough.
Bring large pot of salted water to a boil.
Drop filled dumplings into boiling water.
Cook 3 to 5 minutes; gently lift out with slotted spoon.
Place pierogis in single layer on serving platter.
Serve immediately with seasoned butter or sauce.
Makes 4 to 6 servings. 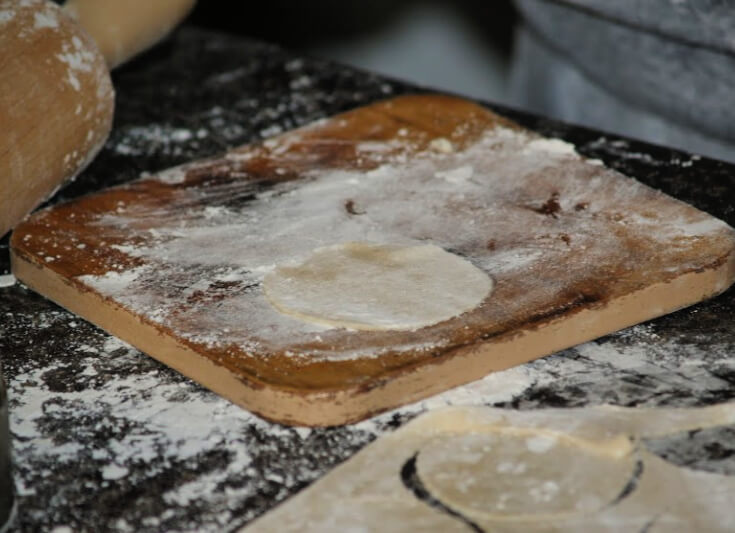 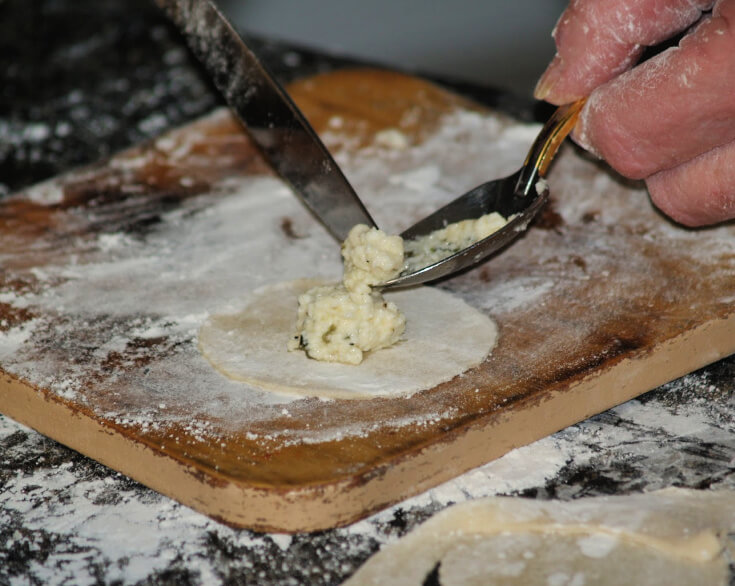 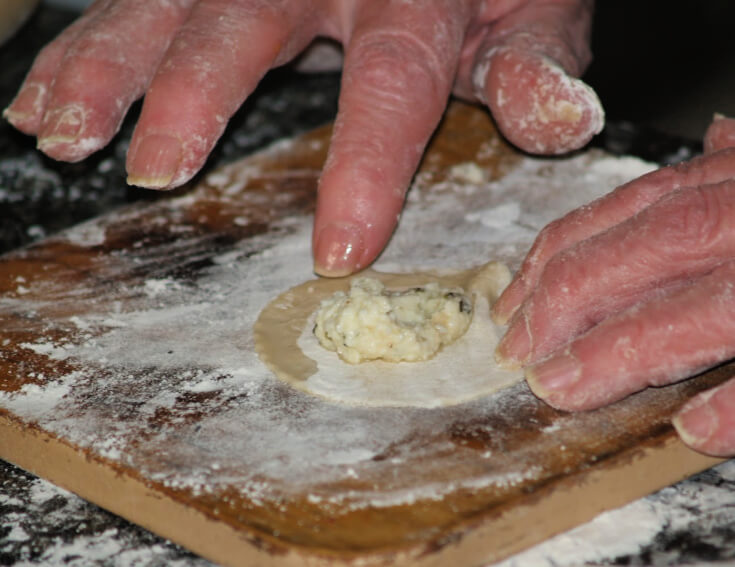 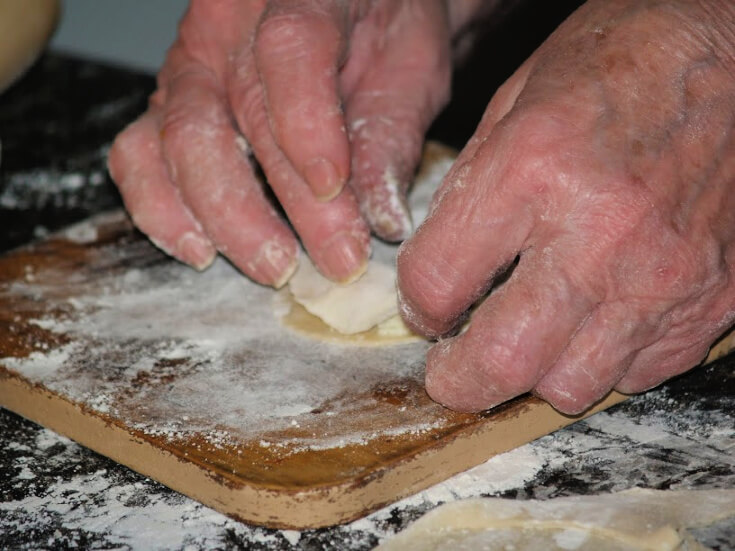 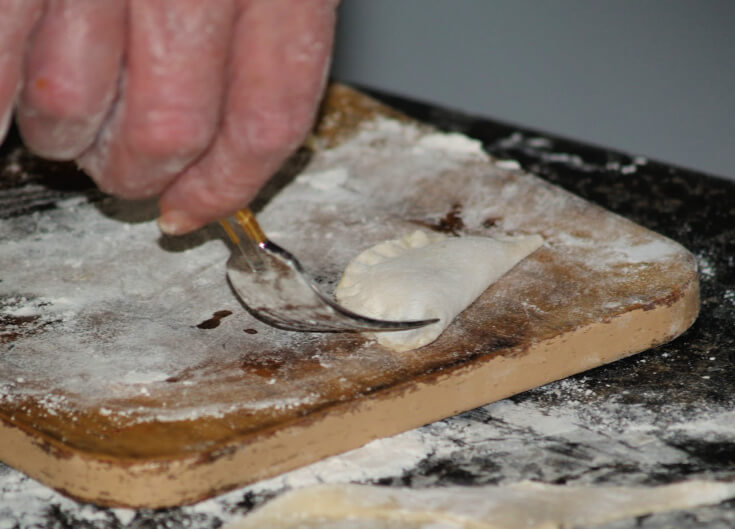 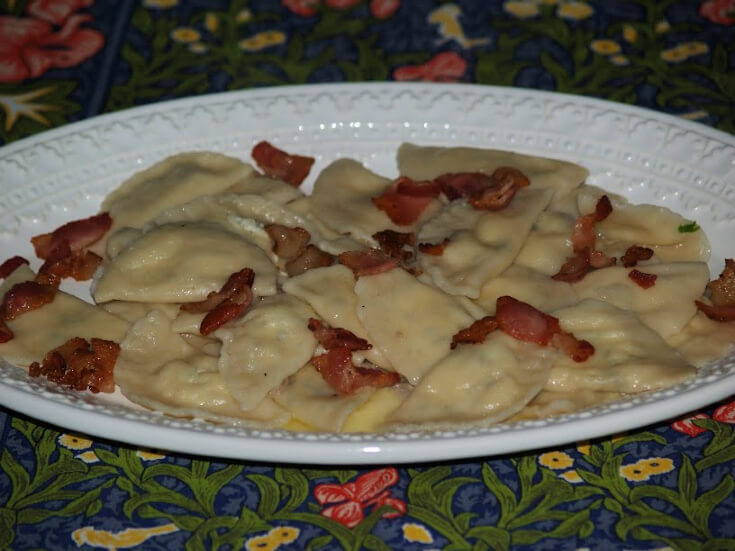 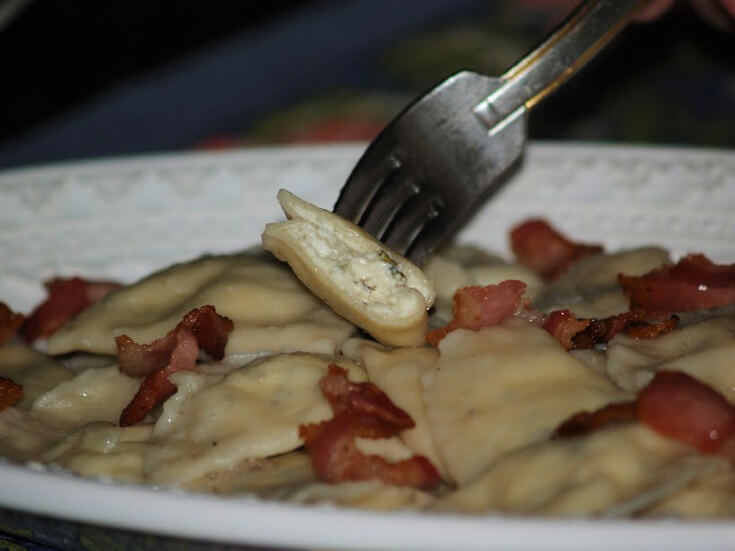 Combine and mix all ingredients together.
Use to fill and cook as directed in recipe above. 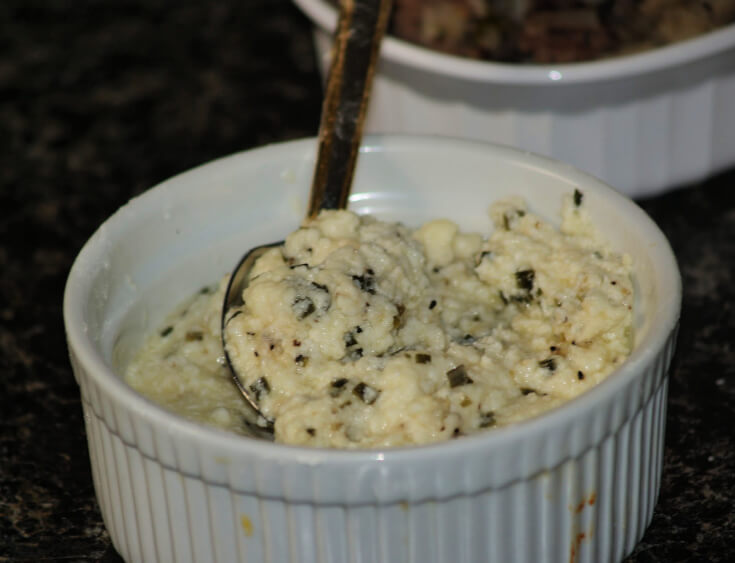 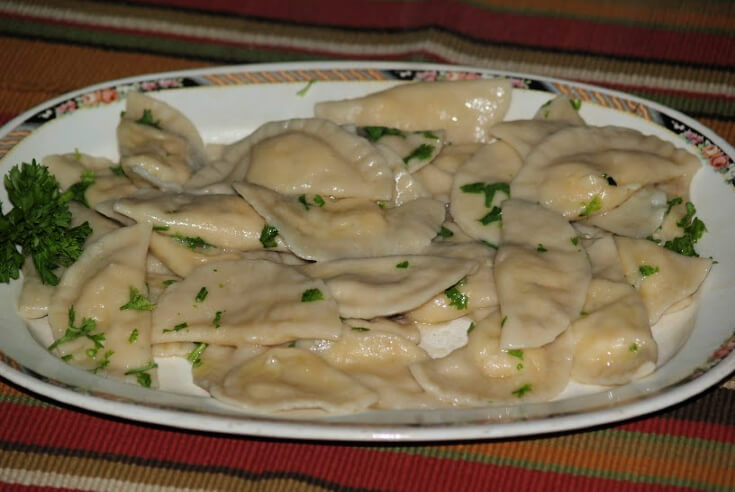 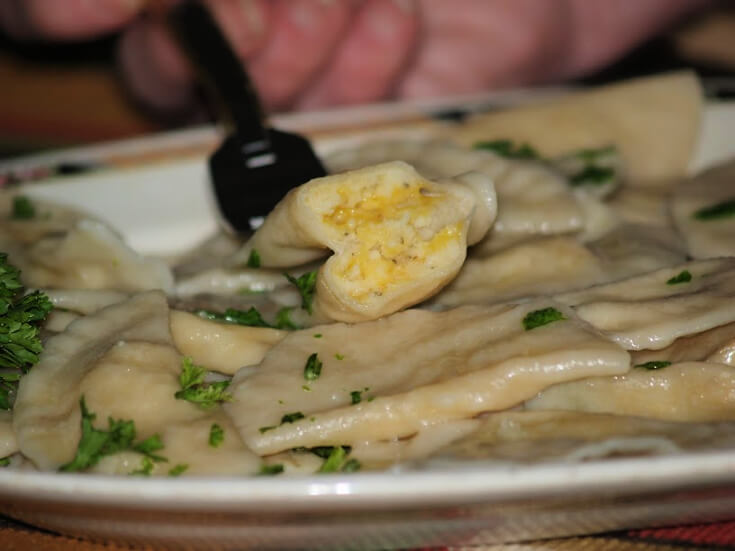 Combine and mix all ingredients EXCEPT the mustard.
Prepare pierogis as instructed as in the dough recipe above.
Drop in simmering broth or water and cook 5 minutes.
Serves 4. 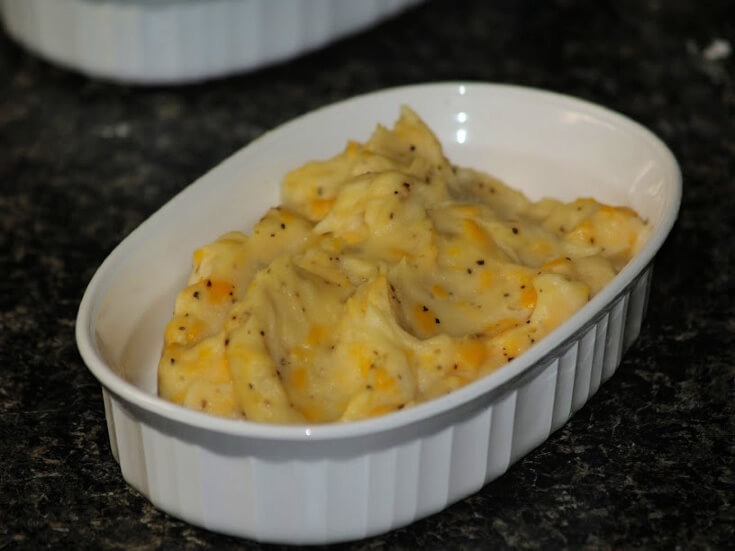 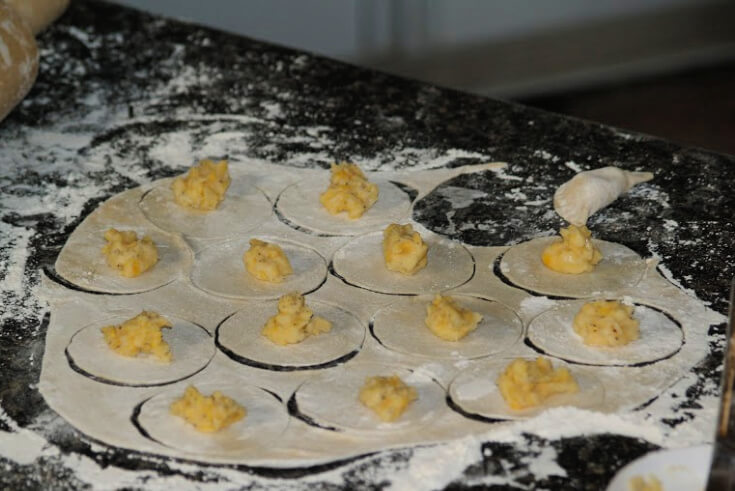 Cut Out Pierogis Ready to Seal 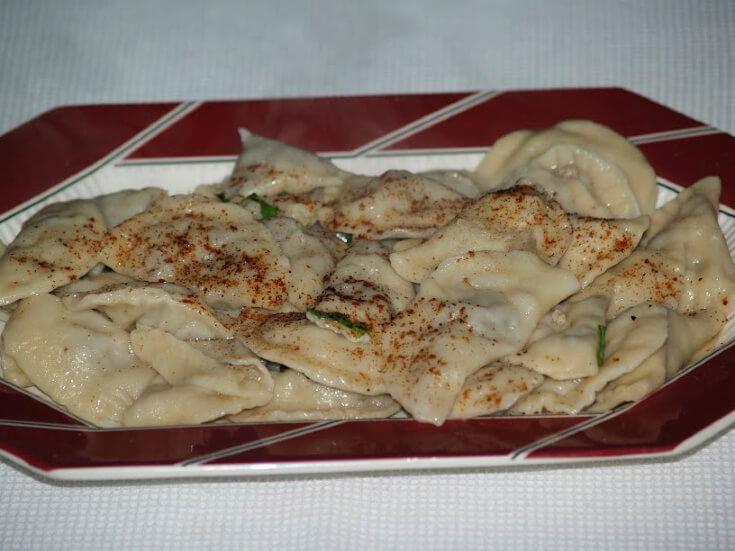 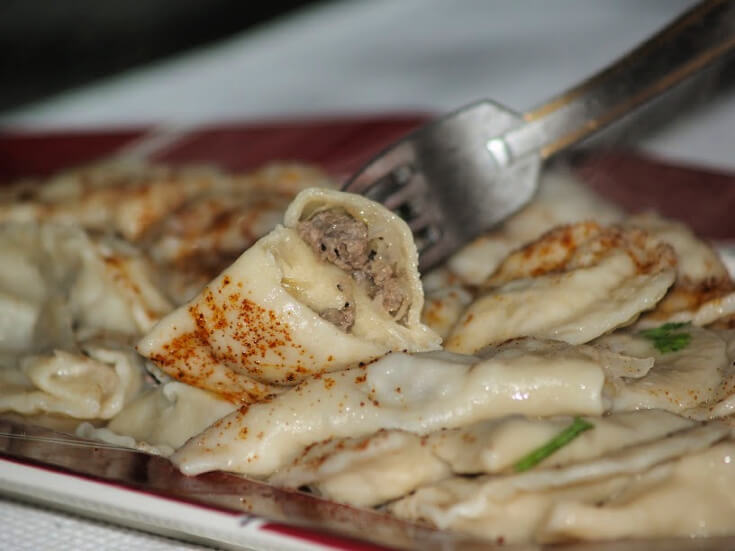 Brown hamburger in skillet; add onion and cook 5 minutes.
Drain the fat; add sauerkraut, seasoning and mix well.
Fill and cook pierogis as directed in the dough recipe above.
Serve with melted butter; sprinkle with paprika. 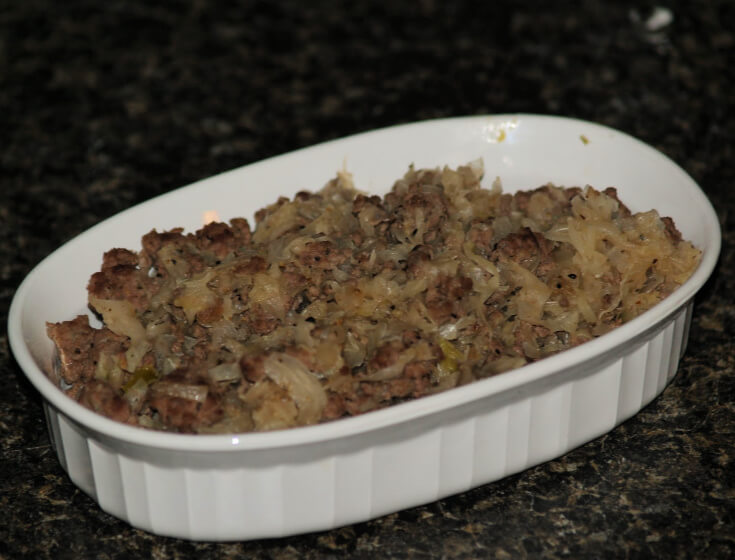 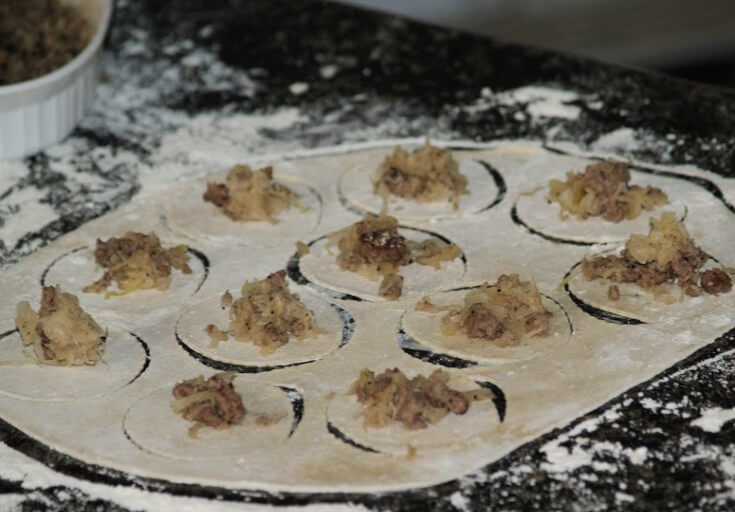 Hamburger and Kraut Pierogy Recipe Ready to Fold and Seal 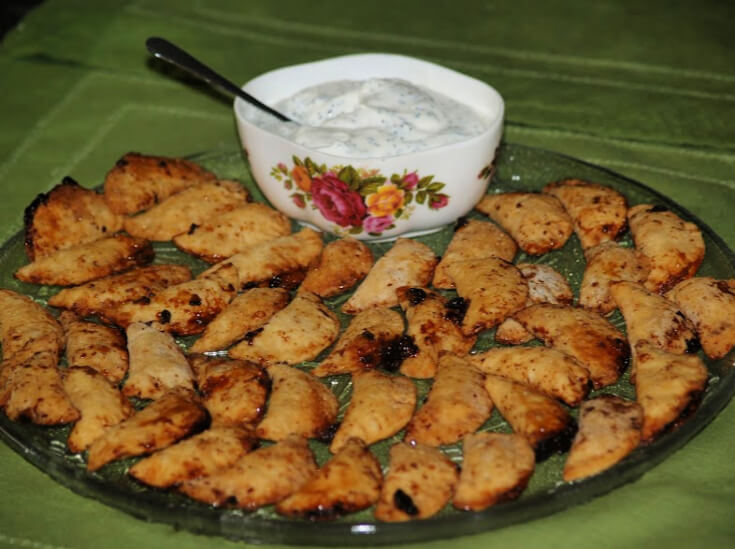 Pierogy recipes can be eaten as a main course, side dish, appetizers or deserts. Use ONE OF THE FOLLOWING to fill the pierogis. 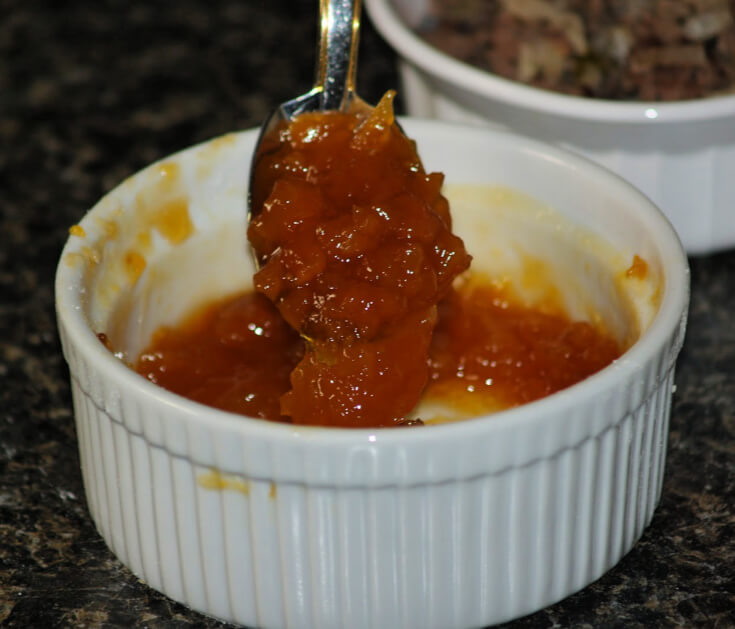 Melt butter in a large skillet; add onion and brown.
Set off heat; add remaining ingredients and mix well.
Fill and cook in boiling water as directed in recipe above.
Serve with soups.

Cook and stir ground beef and onion in heavy skillet until browned.
Drain mixture well; place beef and onion in food processor.
Add egg and process until finely chopped; place in a bowl.
Stir in melted butter, salt and pepper; let set to cool.
Follow assembly as directed above.

Cook cabbage for 5 minutes in lightly salted boiling water.
Drain and run briefly under cold water; drain completely.
Melt butter in large skillet; adds onion and cook about 10, minutes.
Add cabbage and cook another 5 minutes; stir in salt and pepper.
Stir in the chopped egg; set off to cool.
Use to fill rounds of dough as directed in dough recipe above.

Combine the egg, milk, water, sugar, oil and salt in large bowl.
Stir in enough flour as possible with spoon.
Turn out and knead in enough flour to make a soft dough.
Let dough rest 10 minutes; divide dough in half.
Roll each half of dough into 12X12 inch square.
Cut into 3 inch squares; place 1 tablespoon of filling on each square.
Moisten edges with water; fold dough over filling in triangle.
Press edges to seal; cook in boiling salt water 2 to 3 minutes.

Cook onion and bacon in saucepan until onion is tender.
Stir in cheese, potatoes, salt and pepper.
Divide dough in half; roll each half into 12X12 inch square.
Cut into 3 inch squares and place 1 tablespoon of filling on dough.
Fold dough over filling into triangle; wet edges and press to seal.
Bring water to a boil; drop in 3-4 dumplings at a time.
PREHEAT OVEN TO 450F degrees.
Boil dumplings 2-3 minutes until tender; remove with slotted spoon.
Brush dumplings with vegetable oil; place on baking sheet.
When all have been cooked place in oven for 12 to 15 minutes.
Serve with your favorite sauces or butter and sour cream.

FOR DOUGH combine flour, salt and pepper in a large bowl.
Slowly beat in the eggs and water; knead until smooth.
Cover and let rest 1 ½ hours.
FOR FILLING wash the spinach; place in boiling water for 5 minutes.
Drain and cool for 30 minutes; squeeze out water and chop fine.
Brown ground beef and discard drippings; place in a bowl.
Add onion, eggs, salt, pepper, nutmeg and chopped spinach.
Mix well.
FOR PREPARATION roll out dough on a floured surface until thin.
Cut into 3 inch rounds; place a teaspoon of filling in the middle.
Brush edges with egg white; fold over forming a half circle.
Pinch edges of each to seal tightly; place on a cloth covered tray.
Allow to dry about 1 hour.
Bring to a boil a large pot of water (8 Cups) with 1 tablespoon salt.
Drop pockets into the pot and simmer for 15 minutes.
Transfer pockets with a slotted spoon to a platter.
Brown the onion in hot melted butter; drizzle over top of the pockets.
Serves 4 to 6.

If you love pierogy recipes you will also love ravioli.
Dough

FOR DOUGH sift flour into a bowl; break eggs into center of flour.
Add oil and salt to the well; beat with a fork to incorporate the flour.
Turn out onto a floured surface; knead until smooth and elastic.
Cover dough with a wet towel; set aside.
FOR FILLING place pork and beef in a skillet; cook until no longer pink.
Add onion and cook until transparent; remove from heat and drain fat.
Add the spinach, thyme, bread crumbs, salt and pepper; mix well and cool.
TO ASSEMBLE divide into 4 parts; roll out each part very thinly.
Cut into 5X4 inch rectangles; place 1 tablespoon of filling in center of each.
Brush edges of rectangle with water; fold dough over the filling.
Press edges together to seal; finish all dough and filling and set aside.
Bring lightly salted water to a boil over medium heat.
Add ravioli to water; REDUCE HEAT and simmer for 12 to 15 minutes.
Drain ravioli; drizzle melted butter over ravioli and toss lightly.
Serve with grated cheese; serves 4 to 6.

In Mexico, empanadas are comparable to pierogy recipes.
Picadillo

FOR PICADILLO cook beef and pork together in large skillet until brown.
Add the onion and garlic; cook until onion is tender.
Add the remaining ingredients EXCEPT almonds; simmer for 15-20 minutes.
Stir in the almonds; set off to cool.
FOR PASTRY combine flour and salt in a bowl; cut in lard until crumbly.
Drizzle water over mixture stirring with fork to combine all ingredients.
Divide dough into 4 parts; roll each part to a 1/8 inch thickness.
With knife cut each part into 6 (5 inch) circles (Make a pattern with cardboard).
Place a spoonful of filling on each circle; fold side of dough over filling.
Wet edges of dough with water; press edges with fork to seal together.
Heat 1 ½ inches vegetable oil to 365F degrees; fry about 1 ½ minutes.
Carefully turn empanadas over; fry another 1 ½ minutes or until light brown.
Makes about 24.