If you want to learn how to make pumpkin pie recipes, it is that time of year to get started. Soon we will be seeing the fields with a covering of bright orange. In October, parents and children will dig through the piles to find that perfect one for pumpkin carving. For this reason the big round orange pumpkins first come into our minds. Although these are grown primarily for Halloween jack o lanterns, they can be cooked and I have done so. They just do not have the flavor of some of the other ones. 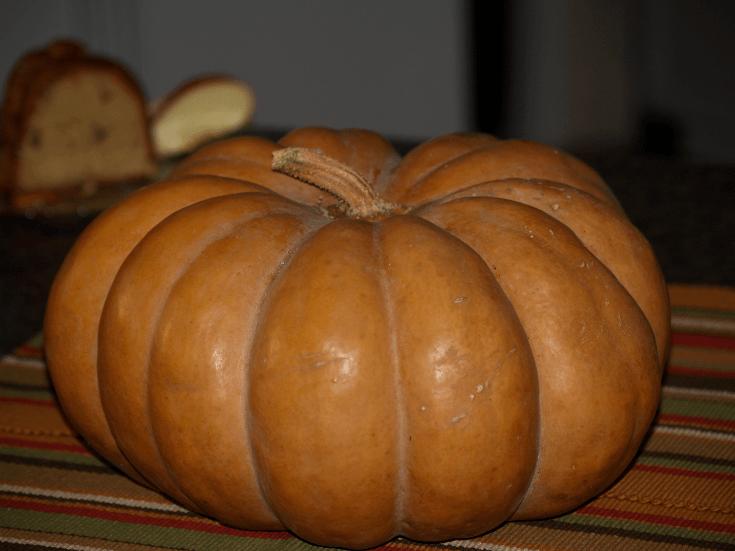 Like all orange pigmented vegetables, the orange pumpkin variety is rich in beta carotene. It is high in fiber and provides large amounts of vitamin C and potassium. If you are learning how to make pumpkin pie recipes, you will find the small orange sugar pumpkins are best for overall cooking. They are a little sweeter and have a better flavor for pumpkin recipes than the large orange varieties. Just cut off the top and bottom and scoop out the seeds. I then cut the pumpkin in strips and remove the peeling. Cut the strips into chunks and cover with a little water; simmer until tender. Drain any excess water and puree the pumpkin. Pumpkin halves can also be baked in the oven after scooping out the seeds.

Pumpkins were an important food throughout the Americas long before Colonial times. Although most people throw out the seeds, when roasted they make a very delicious snack. To prepare the seeds, wash them thoroughly and dry them out. Bake the seeds on an oiled baking sheet for one hour at 250F degrees. The seeds are a good source of protein, fiber, iron, B vitamins and vitamin E. 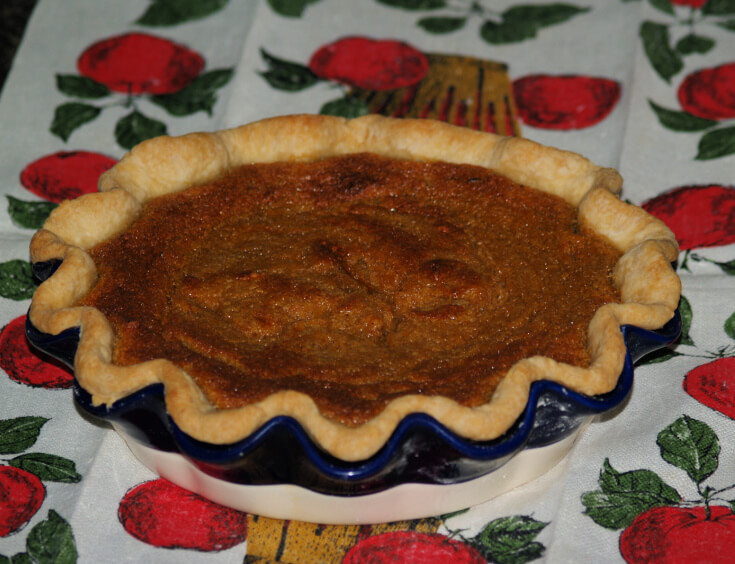 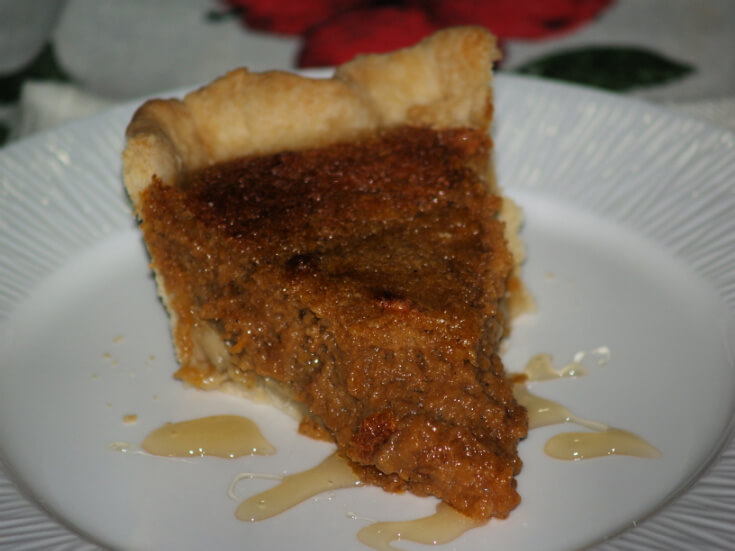 Beat egg YOLKS in a large mixing bowl with mixer on medium.

Add the pumpkin, cream and melted butter; beat on medium until blended.

Bake pie About 25 minutes longer or until center has set.

NOTE: To test insert the tip of a knife in center; if it comes out clean the pie is set.

Before serving pour the honey over top of pie.

HOW TO MAKE PUMPKIN PIE RECIPE with COCONUT

Mix together all ingredients except the egg whites and coconut. Fold in the whites and coconut at the end. Pour into a nine inch unbaked pie shell (NOT GLASS). Bake for 10 minutes at 425F degrees. Reduce temperature to 375F degrees and bake 25 minutes longer or until center is set.

Many people do not realize that pumpkins are also found in other colors besides orange. There is a red novelty type, a blue Australian one and a new white variety. There is also a tan pumpkin which is used by most of the commercial canners which produce the cans of puree found in the grocery stores. Because of the availability of canned pumpkin, it no longer is necessary to make your pumpkin recipes only in the fall during the harvesting season and for Thanksgiving.

When you learn how to make pumpkin pie recipes you will want to try some of the hearty pies which make a great meal.

Combine flour, salt and butter; cut in with pastry cutter. Moisten with water; work with hands until blended well. Work dough a little at a time into a greased 9 inch square cake pan on the bottom and up the sides. Bake the crust for 15 minutes. Reduce heat to 350F degrees.

Spoon the mixture from the bowl into the pastry lined pan. 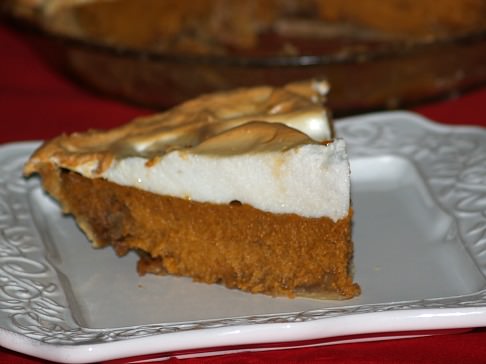 Return pie to the oven and bake until meringue turns golden brown.

Set pie on rack to cool to room temperature; refrigerate. 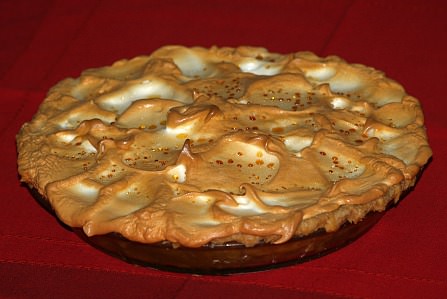 TO MAKE CRUST combine in large bowl the cookie crumbs, sugar and salt.

Press crumb mixture over the bottom and up sides of 9 inch pie plate.

TO MAKE FILLING in a large bowl beat with electric mixer on medium cream cheese and brown sugar until creamy.

Refrigerate at least 2 hours or until set; serve cold, 8 servings.

Learn how to make this pumpkin pie recipe with gelatin for a refreshing dessert.

Soften gelatin in the coffee; in a saucepan stir together pumpkin, brown sugar and spices.

Chill about 10 minutes until mixture mounds when lifted in a spoon. 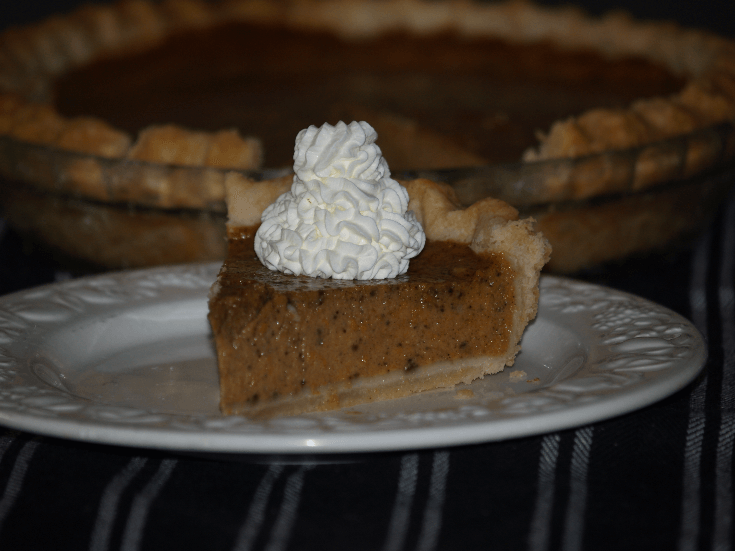 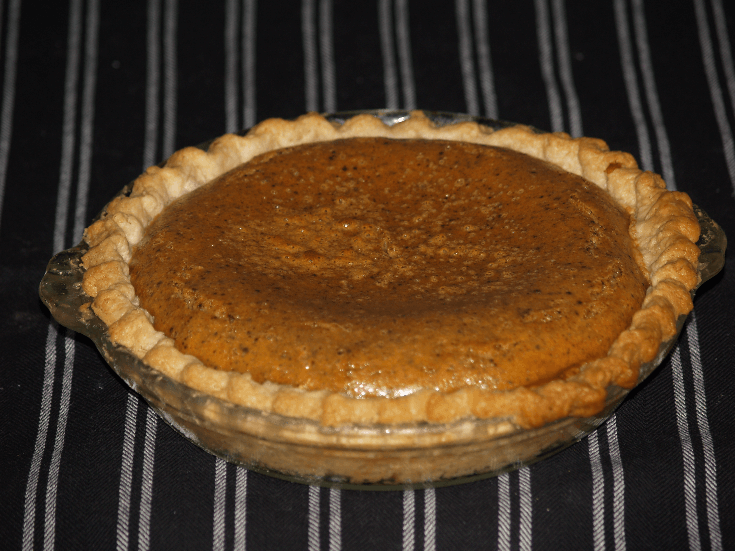 This recipe is said to have come from Log Cabin Holidays and Traditions. I think this is a cookbook but I am not sure.

Mix until well blended; pour into pie shell and bake about 70 to 75 minutes.

NOTE: Pie will test done if knife is inserted in center and comes out clean.