How to Make Relish Recipes

When you learn how to make relish recipes, you will see they can be made with many vegetables and fruits. Although a relish can be made with finely chopped vegetables, fruits or a combination, the basic and most common is made with cucumbers. When canning many vegetables such as pickles and peppers, vinegar is commonly used for pickling.  This is the same with relish and various spices are added for seasoning.

The flavor of relishes can be sweet or savory, hot or mild but always well seasoned. This is why relishes add flavor to the food to which it is served. The most popular of all the pickle relishes is the “All American hot dog relish” made with cucumbers and onions. Many of us would not think of eating a hot dog without this condiment; it makes them so delicious. 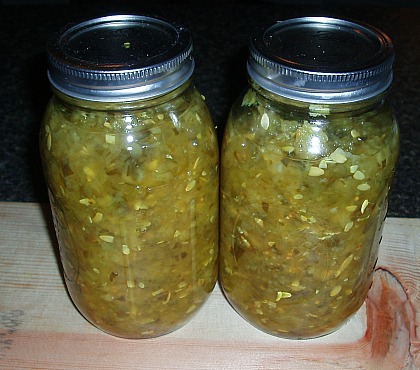 How to Make Relish 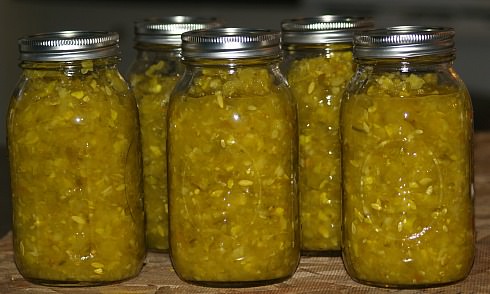 When I learned how to make relish recipes, I found there is nothing like making it at home. To me, the cucumber onion relishes are the best. The commercially made ones in the supermarkets cannot even come close to the flavor. In the commercial brands, you will find a couple different “classes” of these relishes.

There is one relish for hot dogs which has a mustard base and there is one for hamburgers which has a tomato base. I love homemade cucumber relish on all meats especially sausage and other pork but I choose to make it without either mustard or tomato. I can always add that if I want. I just prefer the flavor of the pickled cucumbers and onions together.

When I first learned how to make relish recipes, I also checked out recipes under the names of chutneys, conserves, piccalilli and chow chow. These are all very similar to relish recipes made with a variety of ingredients. They often get their different names due to their home origination.

Chutneys come from the South Asian cuisine and chow chow has its origination taking us to the Appalachian Mountains area in Southern United States. The combination of making two or more fruits into what we call preserves is what they use to call a conserve recipe. Piccalilli is the old English version of a pickled relish. If you overlook some of these recipes because of the name that they are listed under, you may miss out on one of these very flavorful condiments.

HOW TO MAKE CUCUMBER RELISH RECIPE 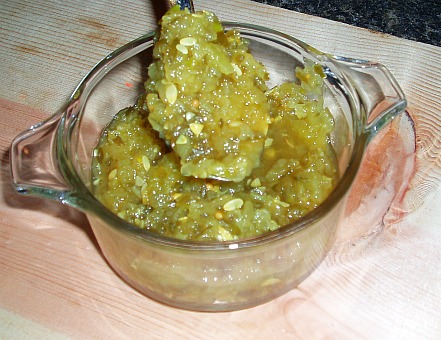 Grind vegetables coarsely in a food chopper. Mix with salt in a large pan and let stand for one hour; Drain. In a large kettle, combine the turmeric, mustard seed, sugar and vinegar. Place over medium heat and bring to a boil. Add the vegetable mixture and stir well. Reduce heat and cook about fifteen minutes or until the vegetables are tender. Pack into hot sterile (4-6) pint jars and seal.

As I was learning how to make relish recipes, I found this one to be very flavorful. It is a favorite of many and is good just as an accompaniment to any meal.

Coarsely chop the cucumbers, onions, tomatoes, peppers and celery. Add to the corn in a large kettle and sprinkle with the salt; let set for ½ hour. Add the celery seed, mustard seed, flour, turmeric, vinegar and sugar. Stir to blend and bring to a boil. Cook about 45 minutes and pack into hot sterile jars and seal tightly. 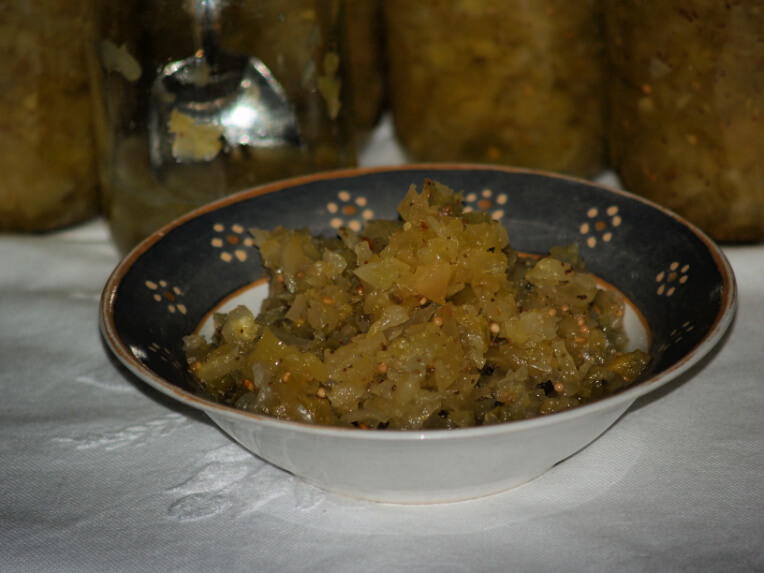 Chow chow is considered one of the relish recipes because the vegetables are coarsely ground.

Add remaining ingredients and cook until thick (about 2 hours); stir to prevent burning.

This piccalilli recipe is often referred to as one of the relish recipes because it uses ground vegetables.

Combine vinegar, sugar and spices tied in a cheesecloth bag; bring to a boil.

Add drained vegetables and heat again to boiling point; DO NOT BOIL.

Pack at once into hot sterilized jars; seal immediately.

Although chutneys are made with many fruits, many consider this apricot chutney recipe one of the relish recipes because the fruits are in small pieces.

Bring mixture to a boil and add the fresh and candied fruits and the spice bag.

Make sure mixture is still at boiling point, then reduce to simmer and simmer for 1 hour.

Stir occasionally so mixture does not stick to bottom.

Can in hot sterilized jars and seal immediately.