When it comes to cooking rice, a rice pudding recipe is not the first thing which comes to my mind. Over the years I learned so many wonderful recipes for main dishes like Spanish rice and chicken with rice. This is one of the most economical ingredients to make great flavored dishes and I almost forget using it as a dessert. 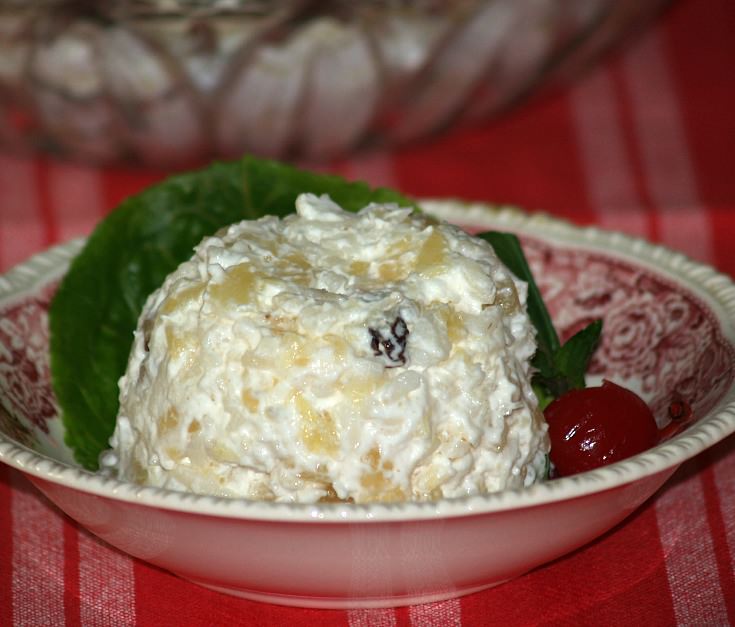 Mom was not much into cooking rice as a main course but she would often add rice to other dishes like soup; you might say we were a “meat and potato” family. Maybe it was our European heritage, but every meal had to have some form of potatoes. Mom reserved the rice to use as desserts like rice pudding.

Many different spices and other ingredients can be added to rice to make rice pudding recipes. Cinnamon, nutmeg, ginger and cloves are some of my favorite spices to blend with rice. Some form of the fruits are also typically found in the dessert recipes; raisins, dates or canned fruits like pineapple, peaches or apricots. Of course, I love this dessert sweetened with white or brown sugar or sometimes I use honey. Heavy whipping cream make this dish creamy and so delicious.

Put milk, sugar and rice in a heavy saucepan. Heat on moderately high heat to boiling point, BUT NOT BOILING. Cover and steam for 50 minutes. Quickly add cinnamon, raisins and vanilla and stir. Turn off heat, cover pan again and let set on burner for 10 more minutes. Spoon pudding into desert dishes. And refrigerate until cold. Before serving, whip up the ½ pint of whipping cream and top each pudding with whipped cream. 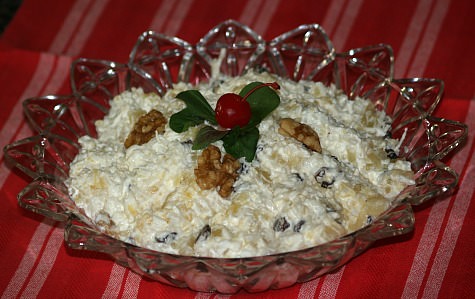 This is a good recipe to use leftover white rice.

Mix pineapple, rice, coconut and raisins together in a bowl.

In a mixer bowl beat the whipping cream, gradually adding the sugar, vanilla and ginger until stiff peaks form.

Fold until blended; serve or refrigerate.

Soften gelatin in cold water.
Scald milk with brown sugar; stir until sugar is thoroughly dissolved.
Add gelatin to milk mixture and stir until dissolved.
Add rice to mixture; chill until it begins to set.
Whip heavy cream until stiff; fold into rice mixture.
Turn into mold and refrigerated until firm.
Turn out on plate; serve with following pecan sauce recipe.

Mix sugar and cornstarch in small saucepan; stir in cold water.
Cook over low heat while stirring; boil until clear.
Remove from heat; add butter and pecans and chill.

Combine sugar with ½ cup water in small saucepan; stir and bring to a boil over medium heat.
Add rice and boil gently for 5 minutes; stir frequently; drain very well.
Over boiling water in top of double boiler heat milk and vanilla until bubbles form around edges.
Add drained rice; cover and cook over boiling water about 45 minutes or until rice is tender and liquid has been absorbed.
Remove top of double boiler from boiling water.
Sprinkle gelatin over ½ cup cold water; let stand 5 minutes to soften.
Stir gelatin mixture into rice mixture; let stand to cool.
Fold fruit mixture into rice mixture; gently fold mixture into whipped cream.
Turn into 2 quart ring mold; refrigerate for several hours to set.
Make raspberry sauce to serve with rice cream mold.
To make sauce combine raspberries with sugar in saucepan; bring to a boil while stirring.
Reduce heat and simmer 5 minutes; process in blender and then run through sieve.
Cover and refrigerate until ready to serve.
NOTE: Do not use fresh or frozen pineapple juice in this recipe.

Combine rice, half and half, sugar, vanilla, cut vanilla bean and candied fruit in a large heavy saucepan.

Over low heat bring to a simmer and cook for 25 minutes or until rice is tender.

Add the egg and cook another 3 minutes or until thickened.

Remove from heat; add cream and rum and mix well.

Spoon into bowls and refrigerate before serving.