How to Make Rice Recipes

Learn how to make rice recipes which act as a filler on the dinner menu, much like potatoes and pasta.  This grain is one of the oldest and basic foods of the world. Generally speaking, rice is mild in flavor and adaptable to using many other ingredients in a variety of recipes. 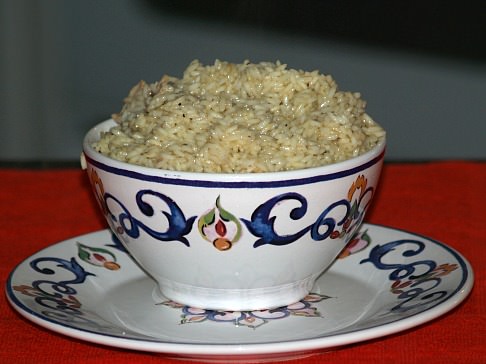 How to Cook White Rice

By learning how to make white rice recipes you will find that they are some of the easiest and most common made. White rice is the inner portion of the grain and sometimes is coated commercially to increase its eye appeal. The snowy whiteness of this coated (or polished) rice is a quality popular with most food connoisseurs but discounted with nutrition experts claiming that food values are removed with bran and germ.

When you learn how to make rice recipes, you will also learn all about brown rice. This rice is made from unpolished rice, are known by the experts to be healthier offering more iron, phosphorus and vitamins B1 and G. This whole grain rice has a pleasant nut like flavor. On the down side, it does not keep as well as the white rice.

Wild rice (also called Indian rice) is not a true rice but the seed of marsh grass. Rice recipes made with this are known to make a great accompaniment for wild game recipes. It is more expensive than white or brown rice and only in recent years has become readily available in most supermarkets.

The time required for cooking rice varies according to the type which is used. Common varieties of white rice sold will cook in 15 to 25 minutes.  Brown rice will take a little longer; the wild rice taking the longest time to cook.

Did you ever wonder why they throw rice at weddings? (I think now they have done away with this tradition because of the birds eating it). Anyway, people use to laugh at a new bride trying to cook enough rice for only two. Because of the swelling, the bride often cooked enough for a whole week of rice recipes when planning for one meal. It actually expands to about three times the original amount.

Easy rice recipes can be made by using convenient food like frozen vegetables, canned soups or vegetables, cheeses and premixes. 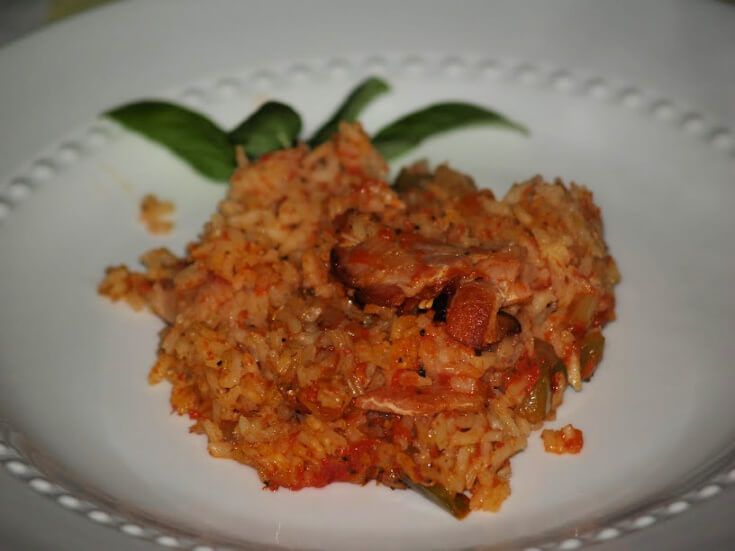 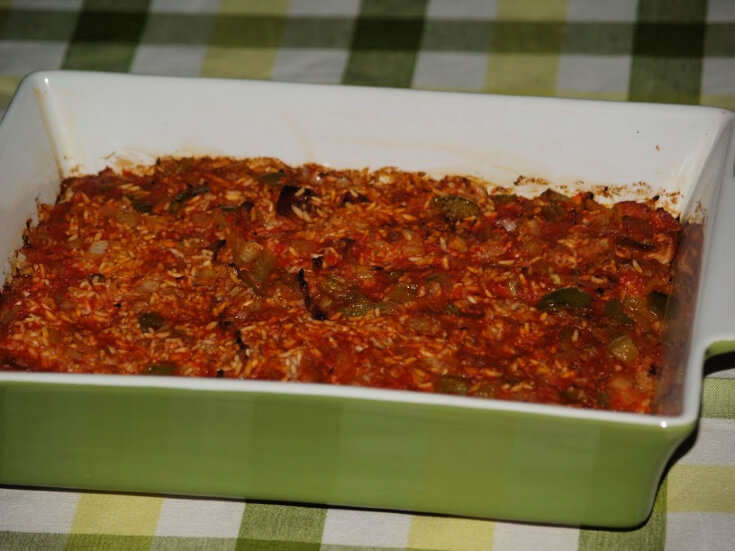 Rice recipes are often made with tomatoes or tomato sauce with many additional seasonings.

Preheat oven to 350F degrees.
Cook bacon in a large skillet until crisp; remove from skillet and crumble.
Sauté onion, celery and bell pepper in skillet until tender.
Add rice, tomatoes, bacon and seasonings to the skillet.
Stir mixture to blend and cook on stove top 10 minutes.
Pour mixture into a greased casserole dish; bake for 1 hour.
Serves 6 to 8.

HOW TO MAKE BROCCOLI AND RICE RECIPES

Sauté onion and celery in the butter. Add the soup, milk and cheese to make a sauce. Place cooked rice in greased casserole dish. Cover with cooked broccoli. Pour soup mixture over top. Bake for 45 minutes in a preheated oven at 350 degrees.

Sauté onions and green peppers in the olive oil. When vegetables are tender, add the soup and Cheese Whiz. Stir until creamy and set aside.

Cook rice as directed on box. When rice is nearly finished cooking, add thawed broccoli. Stir creamy mixture into the rice and broccoli mixture. Pour mixture into a greased 2 quart casserole dish. Bake in a preheated oven at 350 degrees for 30 minutes.

Put milk, sugar and rice in a heavy saucepan. Heat on moderately high heat to boiling point, BUT NOT BOILING. Cover and steam for 50 minutes. Quickly add cinnamon, raisins and vanilla and stir. Turn off heat, cover pan again and let set on burner for 10 more minutes. Spoon pudding into desert dishes. And refrigerate until cold. Before serving, whip up the ½ pint of whipping cream and top each pudding with whipped cream.