How to Make Sausage Cake Recipes

Learning how to make sausage cake recipes may sound weird to many people. At first, it did to me also until I was pressured to take a bite. I had always known this cake as a fruitcake not realizing it had any meat in it. After tasting this “pork cake” I realized it was the same fruitcake recipe which I had eaten many times in my earlier childhood life. 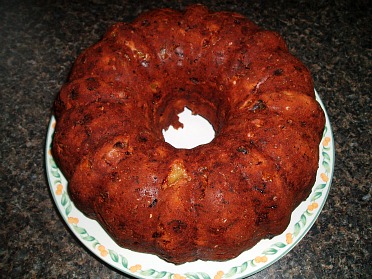 How to Make Sausage Cake Recipe

Most old farming families descending from a German heritage had the practice of raising pigs. This provided meat for the family and it was a way of making money for the farm. All through my childhood I remember my Dad and my brothers raising hogs and butchering to provide pork for our use. This process was done in the fall of the year which gave us great meat throughout the winter months.

After the meat was portioned out in roasts, steaks, bacon or whatever, the rest of everything was thrown into the sausage. There was always lots of this!  Delicious recipes were developed by all the farmer’s wives (And sometimes the men) including the sausage cake. The meat in the cake recipe replaces any need for shortening which saved our freshly made lard for all the other needs in cooking.

As I said when I got a little older, it took me a long time to taste this sausage cake recipe again. With so many great fruit cake recipes I had forgotten all about this cake. Until I tasted it again I had not realized that it was the same cake I was use to eating as our fruitcake recipe.  You can add all kinds of fruit in it; dried, canned or fresh with various spices. Actually, various family and friends who had learned how to make sausage cake recipes encouraged me to try theirs. I have come across several sausage cake recipes (Not as many as other types of cakes) but the ones I have tasted were all good. Now I am the one encouraging others to try this cake recipe.

Most sausage cake recipes are like delicious moist fruitcakes with most having nuts also in them. Some of the recipes are even baked like layer cakes instead of the typical Bundt or loaf. To some frosting is added making a nice presentation for a special event. All the recipes which I have seen still have some type of fruit in them. Most fruitcakes can be kept at room temperature for a long time with the flavor improving each day. The sausage cake needs to be REFRIGERATED to prevent spoiling because of the sausage in it.

HOW TO MAKE SAUSAGE CAKE RECIPE 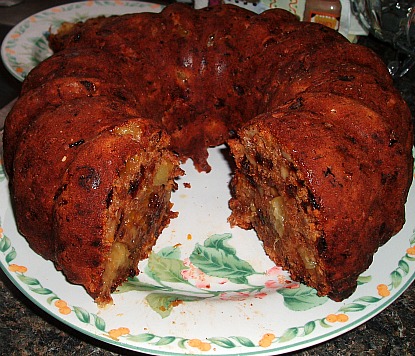 Preheat oven to 350F degrees.
Grease angel food or Bundt cake pan.
Cover raisins with water in a saucepan.
Bring mixture to a boil; boil 3 to 5 minutes.
Drain raisins thoroughly reserving 1 cup of liquid.
Cool reserved liquid to warm; add baking soda.
In large mixing bowl mix together sausage and sugar.
Add the nutmeg, cinnamon and allspice.
Mix in the reserved liquid with soda.
Stir in raisins, pineapple and cherries by hand.
Combine the walnuts with the flour; add to the mixture.
Stir well by hand to blend mixture; spoon into prepared pan.
Bake 1 hour and 40 minutes until pick comes out clean.
Cool 15 to 20 minutes; remove from pan. 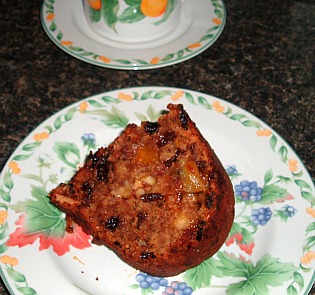 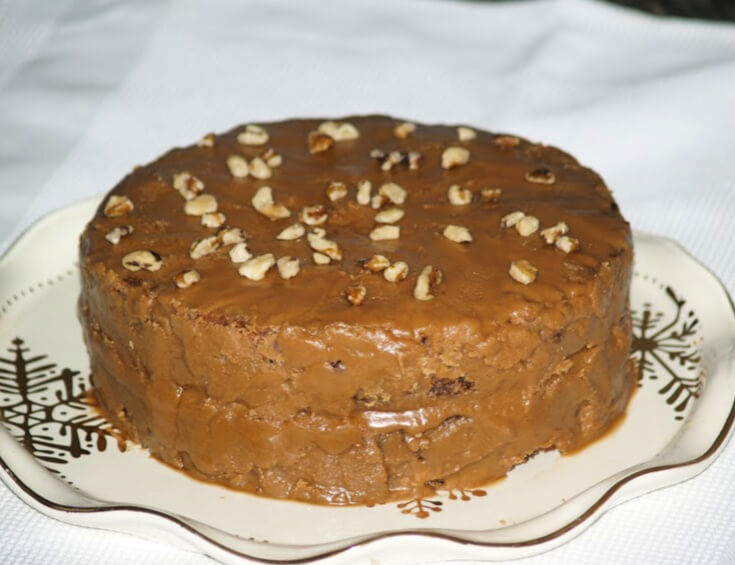 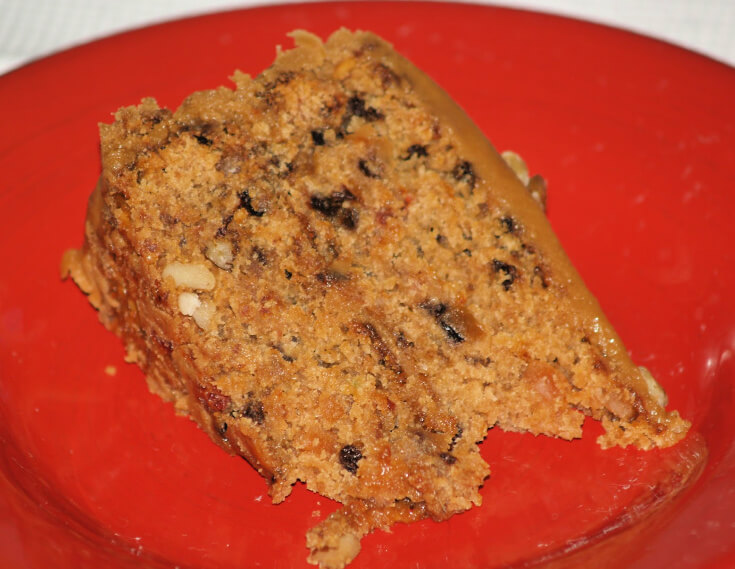 Learn how to make sausage cake in layers with caramel frosting.

NOTE: This cake is delicious! The icing recipe is skimpy but I would not want anymore on this cake. If the icing starts to setup before it is smooth on the cake, use a wet knife or spatula for spreading. With this frosting you must work quickly.

Preheat oven to 350F degrees.
Butter and lightly flour a large tube cake pan.
In large pot cover pork with boiling water.
Cook and stir for 5 minutes; set pot off and cool to warm.
Stir into pot baking soda, brown sugar and molasses; let stand.
In a bowl sift together flour, baking powder, spices and salt.
Add flour mixture to the pot; add all fruits and nuts.
Stir the mixture really well to thoroughly blend.
Spoon mixture into prepared cake pan.
Bake about 3 hours or until pick comes out clean.