Many of our friends have asked how to make slow cooker roast beef recipes. Slow cookers are such a convenient way to cook for those who maintain a busy lifestyle. The most popular brand called Crock Pot has become a generic name for all slow cookers.

Learning how to make slow cooker roast beef recipes make it especially convenient because of the time which is involved in roasting in the oven. A slow cooker might take longer but you can feel free to leave it while cooking. The moist heat and the low temperature allow the meat to gently cook while you are attending to other chores; not fearing the possibility of the food burning.

The first Crock Pot slow cooker that I remember came on the markets in the early 1970’s by the Rival Company. Being very economical for what it offered, it quickly became the “rave” of cooks all over America. At this time most homemakers were part of the workplace unlike the 1950’s and 1960’s when I was young.

Men and women, alike, saw this item advantageous to having dinner such as a slow cooker roast beef recipe ready when they returned home from work. The first slow cookers were just basic in size and mechanics such as temperatures. Due to the popularity and demand of these cookers, the basic one was expanded to give us choices in size and designs. They now come in different shapes offer by different companies.

Today, buyers can choose cookers which have different heat settings for as they learn how to make slow cooker roast beef recipes.  These include ones which have a setting to keep the food warm after cooking or to shut off automatically when the food is done. Today we can even choose a cooker which has a removable insides making cleaning much easier. 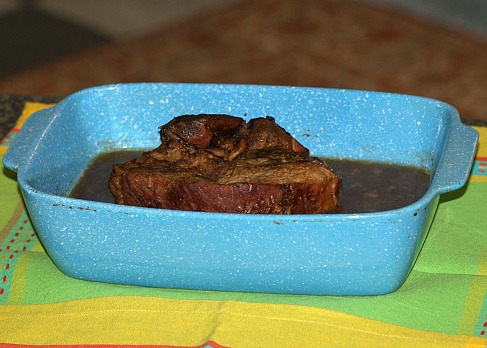 How to Make a Slow Cooker Roast Beef with Coke

Place roast in a greased 4 to 5 quart slow cooker.

Sprinkle with soup mix; pour Coke Cola over all.

Cover and cook on low heat for 7 to 8 hours.

HOW TO MAKE SLOW COOKER ROAST BEEF WITH BARBEQUE SAUCE 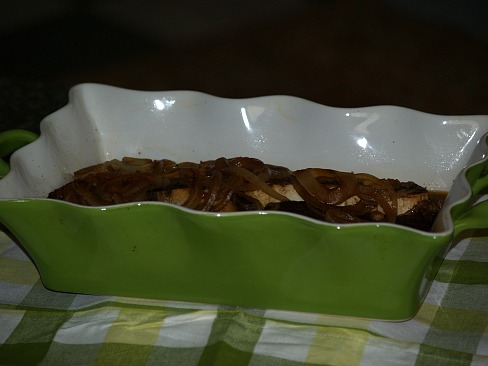 Brown meat in hot oil in a skillet; transfer to slow cooker.

Add sauce and onion and cover.

Cook on high heat 4 to 5 hours or until meat is tender.

Slice and serve with barbeque sauce. Serves 6 to 8.

Remove roast from refrigerator and place in a shallow open roasting pan.

Sprinkle with flour and rub into the meat.

Season generously with salt and pepper.

Place a tent of aluminum foil loosely over top of roast to prevent oven from splattering fat.

When roasting time is up, turn off oven but do not open door.

Let roast remain in oven for at least 1 hour.

Standing time and individual ovens will determine degree of rareness in center of roast. 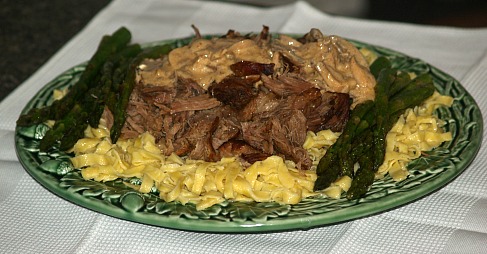 Melt bacon grease in Dutch oven on top of stove; brown roast on all sides. 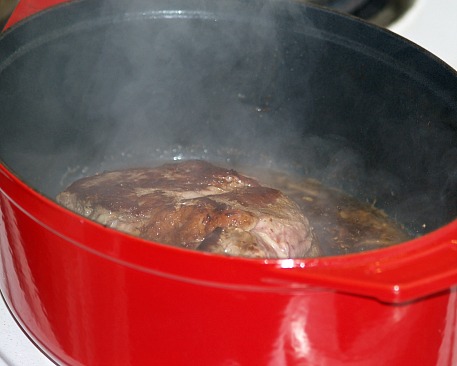 Cover with lid and cook in oven for 2 to 2 ½ hours or until meat is tender; remove from oven.

Blend flour into liquid of meat to make gravy over low heat.

Slice meat and serve with gravy over it.

NOTE: For a slow cooker roast beef recipe follow directions using beef marinade recipe. Combine meat and all ingredients except FLOUR, MUSHROOMS AND SOUR CREAM in slow cooker; cook for 6 hours or until tender. Blend in flour, mushrooms and sour cream as directed in recipe.

Place 3 ½ pound eye of round roast in a zip lock bag.

Remove roast from marinade (reserve marinade) and place on a rack in a roasting pan.

Bring reserved marinade to a boil. 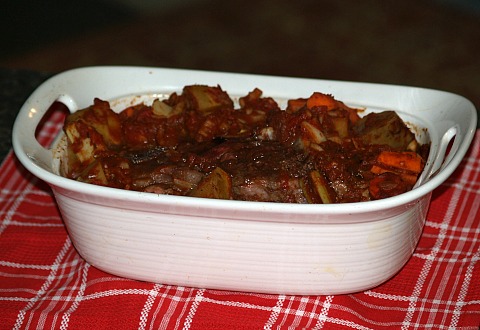 This is also for those not wanting a slow cooker roast beef recipe but for those experienced with slow cooking, it could be converted.

Combine remaining ingredients in a bowl and pour over roast.

Cover with foil and bake 1 hour or until meat is tender.

Check often and baste with juices.

When almost done, slice into ¼ inch thick and layer in juices. Return to oven and continue to bake until tender.