How to Make Spinach Recipes for Appetizers

How to cook spinach recipes that can be used as appetizers.  Simply by providing individual servings or cutting some recipes into bite size servings you will have appetizers. Spinach is one ingredient which is often used in recipes made around the world.

Spinach is thought to have originated in the area that is now Iran and introduced to the rest of the world by the traders who traveled into other countries. There is much evidence that as early as the 14th century countries like Sicily, England, Germany and France had begun to use spinach in their diets. Since this time learning how to cook spinach has become a priority.

Spinach recipes have been quite popular in the United States for many years. Mom used to wilt it like she did lettuce; with bacon and onion added the dish is very delicious. It is also very good added to many soups stews and casseroles. The following recipe is one of many casserole recipes which can serve as the entre to a meal or a side dish to a meal but many serve them as an appetizer.

Learning how to cook casseroles can be made into great appetizer recipes. This spinach casserole recipe below is generally baked in a 9x13 inch baking pan; when done it is cut into 1 inch cubes and served as appetizers.

HOW TO COOK SPINACH CASSEROLE RECIPE OR TO MAKE SPINACH CUBES 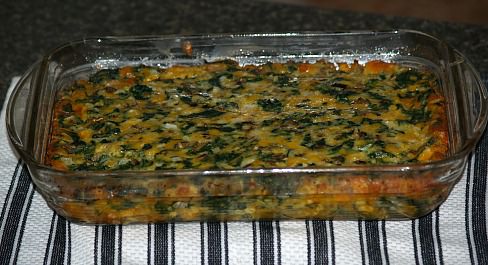 How to Cook Spinach Casserole Recipe or Appetizer

Combine remaining ingredients and pour over the butter in the dish.
Bake for 35 minutes.
Spoon as side dish or cool a few minutes and then cut in 1 inch cubes and serve as appetizer. 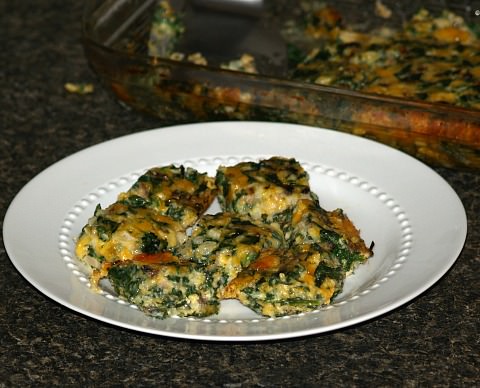 Many of the spinach recipes take on a variety of other ingredients to produce delicious appetizer recipes. This next recipe is very popular at gatherings and is requested quite often. The added ingredients make the flavor and the bread bowl makes the presentation.

Hollow out the center of the loaf of bread; cut bread into bite size pieces and place on platter around the shell of the bread.

Mix the mayonnaise, sour cream, spinach, ranch dressing and water chestnuts all together until blended.

Next from the spinach recipes are easy to make spinach balls. These spinach appetizers are all mixed at once and shaped into balls. These can be one of those make ahead appetizer recipes. They can be frozen after baking for future use.

Mix everything together with hands.

Let stand for a few minutes.

Shape into balls and refrigerate for 1 hour.

Cook spinach as package directs; pour into sieve and drain thoroughly by pressing out water.

Serve with sour cream and garnish with thinly sliced green onions if desired.