How to Make A Sugar Free Cheesecake Recipe

Learning how to make a sugar free cheesecake recipe is a lifesaver for many cheesecake lovers on a restricted diet. If you are a diabetic and your food has seemed so dull and boring, it is time to expand your cooking.

Cream cheese desserts like orange cheesecake recipe and apple cinnamon cheesecake recipe as diabetic dessert recipes will liven up your dining. The sugar free diet can be delicious; even desserts. Today, more than ever it is easy to prepare great recipes without sugar by choosing one of the many sugar substitutes.

Statistics show that we consume huge quantities of refined sugar annually causing a problem with tooth decay and adding empty calories with no nutritional value. No one is more of a lover of sweets than me; I simply love sweets and that is a big problem for me. I have to carefully restrict my desserts. However big the problem is for any of us, we do not have to completely give up dessert like luscious cheesecake recipes.

Knowing how to make a sugar free cheesecake recipe might be the perfect dessert to give the diet a boost. Many cooks, especially young parents are limiting the consumption of extra sugar in their diets. This automatically eliminates the sugar sweetened desserts, but it does not have to eliminate desserts altogether.

Knowing how to make sugar free cheesecake recipes brings back many memories. The orange recipe below reminds me so much of when I was a kid. Many of you might remember having those orange cream sickles or “dream sickles” when you were young. That taste was just so indescribable!

Then Hostess came out with those delicious orange cupcakes. I even got all my kids hooked on those. When we moved to Florida, they would not allow those to be sold in Florida. (Something to do with the Florida oranges.) Anyway that was such a disappointment for many of us so every trip back to Ohio was to load up on those orange cupcakes.

The following sugar free cheesecake recipe has the delicious orange flavor combined with the creamy goodness of cream cheese.

Blend the crumbs and melted butter; press onto the bottom of the prepared pan.


Pour orange juice into a small pan; sprinkle the gelatin over the juice and let it soften. Heat and stir until gelatin dissolves.

Blend cream cheese and Ricotta cheese in a large bowl until smooth.


Prepare topping according to the package directions using the ½ cup water.

Add the gelatin to the cheese mixture and stir in the Equal.


Fold whipped topping into the cheese mixture; stir in the chopped oranges.


Chill for at least 6 hours.

Garnish with oranges sections when serving. 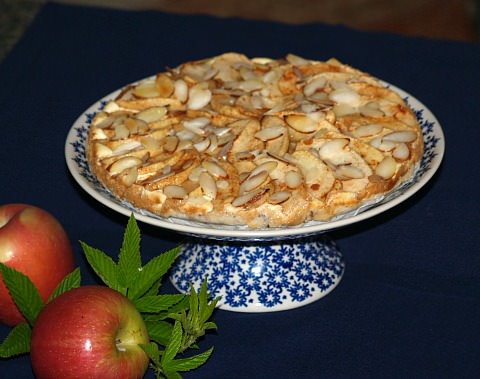 Sprinkle with hot water and stir with fork until mixture holds together and forms ball.

Bake crust in preheated oven at 400F degrees for about 7 minutes or until brown around edges; cool.

Bake at 350F degrees for about 30 minutes or until apples are tender and custard has set.

Cool and then remove rim.

Stir in sweetener and knead dough until well blended and smooth.

Roll dough or press onto bottom and party up sides of a 9X13 inch baking pan.

Separate ONE of the eggs; reserve the white of this ONE egg for other use.

Beat the ONE yolk and five whole eggs with sweetener on high speed of mixer about 5 minutes.

Stir in orange peel and fold in egg mixture; turn mixture into prepared crust in pan.

Bake about 45 minutes or until set; cool and then refrigerate before serving.