The 400 plus types of French cheese are categorized into seven cheese families. No other country in the world produces so many cheeses. France is known for their excellence and wonderful variety. We are so fortunate that today we can walk into our local supermarket or cheese shop and purchase these delicious French cheeses. 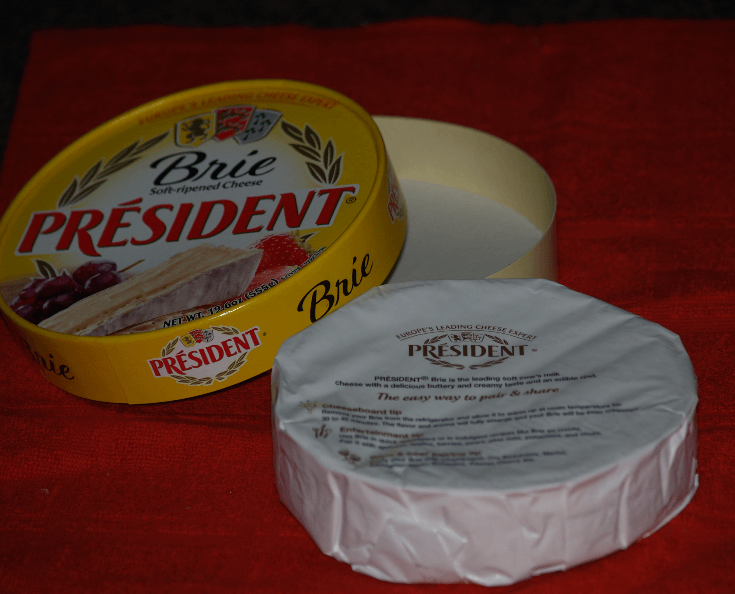 The SOFT RIPENED FAMILY includes the most popular Camembert and Brie cheeses. An edible signature snow white rind covers each of these which have a creamy silky interior cheese texture. This group includes the ultra rich double creams and triple creams which have at least 60 to 72 percent butterfat compared to 50 percent for traditional soft ripened cheeses. Percentages relate only to the solid matter of the cheese. Because of their high water content (50 to 60 percent) actual fat composition is 20 to 35 percent. Other cheeses from this family are of the wash rind type which begin as traditional soft ripened cheeses but are cured two or three times longer. They are washed in salt water to thicken the crust, maintain moisture and to produce more distinctive aromas.

The types of French cheese in the SEMI SOFT CHEESE FAMILY are smooth and buttery with a firm texture but tender to tough. An example is the Chabichou du Poitou; slightly harder than the soft cheeses with a high percentage of moisture. Many of these cheeses are called monastery cheese which were created in the middle ages by the monks. All these cheeses are wax coated and washed with curing solutions of beer, wine, herbs or spices. Depending on the types of cheese and the curing process, the rinds range in color from yellow to brownish orange to red.

The types of French cheeses in the SEMI HARD FAMILY are firm but supple to touch. These are appreciated for the subtle and nutty flavor. Most of these cheeses with small holes in the texture are produced in the mountain region of France. Some are formed in huge wheels often weighing over 200 pounds. An example of these is Mimolette cheese, made from cow’s milk and traditionally produced around Lille, France.


Types of French cheese in the CHEVRE FAMILY are intriguing cheeses, some made exclusively from milk of goats. This is a farmhouse cheese with a rustic, smooth and tangy flavor. You will find these cheeses in a wide variety of shape and sizes. These cheeses are easily molded into small rounds. Some even come covered in pepper or rolled in herbs. Most famous of this cheese is Crottin de Chavignol which is produced in the Loire Valley.

The BLUE VEINED FAMILY if French cheeses are easily recognized by their blue green veining. More than twenty varieties are made from sheep or cow milk. They are injected with a flavor producing mold during the curing process and are aged in caves. These result in beautiful in beautiful loaves of cheese which are soft and creamy to firm and tangy. Most popular of this cheese is the Roquefort from South of France.

The FRESH CREAMY FAMILY of French cheese include fresh, not cooked or cured. These are delicate country cheeses that are a direct descendent of French dairy farms. There is a wide variety and many are seasoned with spices or laced with fruit. Example is Boursin; its mild and delicate flavor goes well with fresh baked bread.

The types of French cheese in the FONDU FAMILY are mild, meltable and spreadable blends of one or more types of cheese usually with Gruyere as the base. They may contain butter, cream or milk as well as herbs, spices, fruits or nuts. These are heated at a high temperature during the making so are less perishable than other cheeses.

Rub inside of fondue pot with cut sides of garlic clove.

Pour in the dry white wine and season with pepper and nutmeg.

Add the cheeses and bring mixture to a boil; whisk over heat 8 to 10 minutes.

The cheese will begin to melt and the wine turns milky; a mass will form in the middle and the wine will be separate.

Combine the potato flour with the 2 tablespoons of wine; pour in little by little while beating.

The mixture will thicken and the wine will blend in with the cheeses.

Serve with cubes of French bread.

NOTE: POTATO FLOUR is made by grinding dehydrated potatoes to a flour like consistency. (Can place dried potato flakes in blender to make flour).

NOTE: Cheese fondu mixture should be help at a temperature warm enough to keep the fondu smooth but not so hot to allow burning.

ROQUEFORT has to be one of the top French cheeses. This heady tasting semi soft cheese with a dominant blue cheese flavor is made from sheep’s milk. Look for cylinders and cut portions of slightly crumbly white cheese with blue green markings. This cheese is good for appetizers, salads, salad dressings, sandwiches and snacks.


BRIE is another of the famous French cheeses. This soft ripened is mild to pungent in flavor. Look for this cheese in thin medium wheels or cut in wedges with a creamy interior and chalky crust. Brie is wonderful for appetizers, snacks or used in desserts.


CAMEMBRET cheese comes from the area of Normandy. This soft ripened French cheese has been aged for less time than brie and is a little milder. This top favorite, like brie, comes in thin wheels or cut into wedges with a creamy interior and chalky crust. It is used in appetizers, snacks and desserts.


Another delicious soft mild cheese is NEUFCHATEL. This unripened slightly acid cheese resembles cream cheese in flavor. It is from the northern region of France and comes in foil wrapped bars. Like cream cheese, use it in cheesecake and other desserts, dips, spreads, salads, snacks and sandwiches.


CANTEL is one of the oldest types of French cheese, coming from the Cantel region of France. It is made of either raw or pasteurized cow’s milk. This semi hard cheese is aged for several months and has a strong tangy butter taste.

More COMTE cheese is produced than any other cheese. Also called Gruyere de Comte, this is made from unpasteurized cow’s milk in the French Comte Region of France. The texture of this cheese is fairly hard with a strong and slightly sweet taste.

HOW TO STORE TYPES OF FRENCH CHEESE

Many of these types of cheese are expensive to purchase. To prevent waste (and money) the care you give them after purchase is very important. Store cheeses in airtight plastic wrap and keep them in the dairy compartment of your refrigerator. If properly stored, semi hard and semi soft cheeses generally keep well for several weeks or longer. Chevres may keep for up to two weeks but growing stronger in flavor and lose moisture with age. Soft ripened cheeses keep a short time once they have fully ripened. Whole Roquefort if wrapped in a damp towel will keep for months if the cheese is rewrapped each time portions are cut away.

Different types of French cheese can be used with seafood.

Attach a collar to a 2 quart soufflé dish. Measure foil to go around soufflé dish PLUS 2 inches longer.
Fold foil LENGTHWISE in thirds; lightly butter on 1 side.
Tape foil to fit tightly around soufflé dish extending 2 ½ inches above dish.
PREHEAT oven to 325F degrees.
Melt butter in a saucepan; stir in the flour, pepper, nutmeg and saffron; add milk all at once.
Cook and stir until thickened and bubbly; cook and stir 1 to 2 minutes longer.
Add cheese and stir until melted; remove pan from heat and stir in crab meat.
In a small mixing bowl beat egg yolks until thick and lemon color about 5 minutes.
Gradually add yolks to the cheese mixture stirring constantly; cool slightly.
Beat egg whites (With clean beaters and bowl) until stiff peaks; fold whites into soufflé.
Pour into prepared soufflé dish; bake about 45 to 55 minutes.
NOTE: Knife inserted in center comes out clean
Serve immediately; serves 6.

Set oven to broil; broil cheese with top 3-4 inches from heat until soft and warm (About 2 ½ minutes).
Heat butter until melted over low; stir in almonds and brandy.
Pour brandy mixture over Brie; garnish with snipped parsley.
Serve with crackers; serves 8.