Have you ever wondered what are rolled oats or the difference between rolled, steel-cut, and whole oats? Rolled oats are a very nutritious source of food and are most commonly found in oatmeal. The differences between the three types of oats are very small and have to do with the way the grain is processed. Rolled oats also offer many health benefits and results are best achieved when oats are consumed frequently. 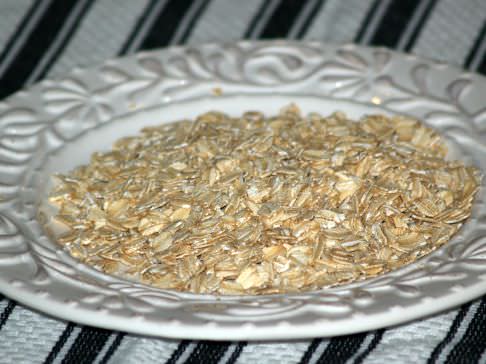 Rolled oats have a hard outer shell, or husk, that cannot be eaten, which means that the husk must be removed or hulled before consumption. The hulled grain is referred to as an oat groat and it is at this time that the oats are rolled into flakes with the use of heavy, commercial grade rollers. After being flattened, the oats are steamed and toasted. The oat, despite being hulled, retains its bran covering and most of its nutritional value.

Now that you know what are rolled oats you can begin to learn about the other types of oats and how they differ from one another. Steel-cut, or Irish oats are, like rolled oats, whole grain groats. Unlike rolled oats, steel-cut oats are not rolled; instead they are cut by steel into two or three small pieces. These small pieces, which only keep some of the bran layer, bare a close resemblance to rice and have a golden color.

Raw oat groats contain the entire bran layer, making the grain difficult to chew and requiring more steam so that they can be sold as quick-cooking oats, hence instant oatmeal. The increased amount of steam also extends the oats shelf life because it breaks down an enzyme in the bran that causes the oat to become stale.

Rolled oats that are thin become fragmented, small flakes, while those that are rolled thick become large flakes. By rolling an entire oat and not further processing it, the oat becomes a flake and can be sold as “old-fashioned” oatmeal, which has a longer cooking time than today’s quick and hot cereals, which are processed and highly fragmented. Further refining of oats results in a powder that can be used either as baby food or a thick broth.

What are Rolled Oats Recipes

Find out more about how to cook rolled oats in all of its various forms. To get you started, try this simple and healthy six ingredient rolled oats apple crisp, which requires:

HOW TO MAKE GRANOLA 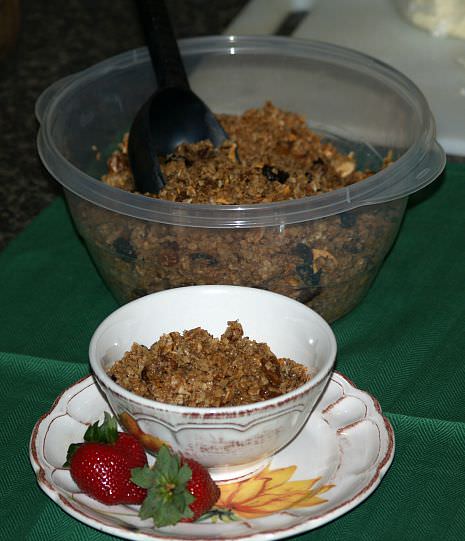 How to Make Granola

This is my favorite granola recipe; eat it with milk for breakfast or as a snack. What are rolled oats but the main ingredient in this cereal.

In a large bowl combine all ingredients EXCEPT the oil and honey; stir well to blend.

Store in an air tight container as you would cereal. 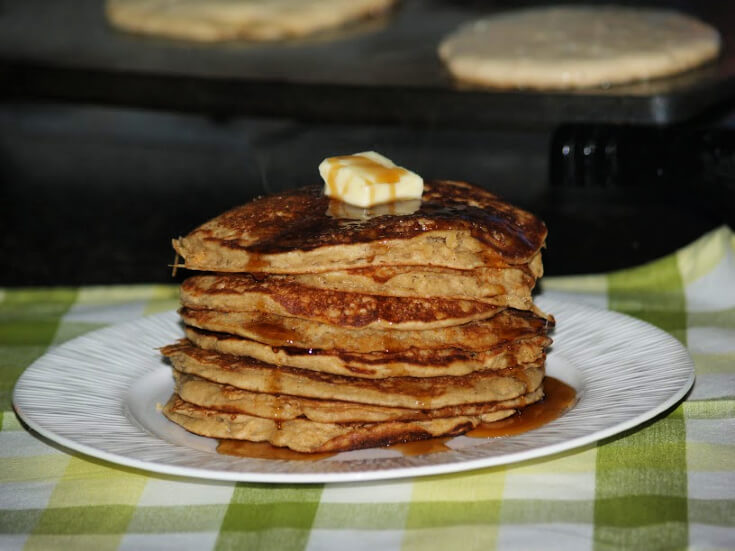 What are rolled oats in pancakes? They make a delicious and filling pancake for breakfast, brunch or for anytime of the day.

Process until well blended 30 to 60 seconds.

Process mixture until well blended; dump batter into the bowl.

Add raisins and stir until all is well blended.

Dump ½ CUP of the batter for each pancake onto hot griddle.

When pancake is brown on bottom (tops appear dry and bubbly) turn over.

Cook until other side is browned; serve with butter and syrup.

Begin by preheating the oven to 375° Fahrenheit and placing the sliced apples into a casserole dish. In a bowl, mix all of the other ingredients until they are crumbly. Pour this mixture over the apples and bake in the oven for 30 to 35 minutes.

After asking what are rolled oats, you should then ask about their nutritional value and health benefits. To start, rolled oats are high in iron, thiamine, and dietary fiber. Iron is important in preventing anemia and is crucial to a developing fetus during pregnancy while fiber has been proven to reduce cholesterol, which is an element that leads to heart and artery disease. Oats protect against arteriosclerosis and are an excellent source of antioxidants, nutrients that help fight and prevent cancer. Scientific research also suggests that oats may help those with Type II diabetes to control their blood sugar and can help you in strengthening your immune system when fighting off infections from bacteria.

Light grease 1 mixing bowl and 2 loaf pans.
In another mixing bowl combine oatmeal, butter, salt and boiling water; cool slightly.
Soften yeast in ¼ cup lukewarm water; stir the brown sugar into the ½ cup warm water.
Add yeast to oatmeal mixture; add in the brown sugar mixture.
In 2 additions stir in the flour; when dough becomes too stiff mix by hands.
Turn dough out onto floured surface and knead until smooth and elastic about 4 minutes.
Put dough into greased bowl turning once to coat.
Cover with damp cloth and set in a warm draft free place to rise until doubled (about 1 ½ hours0
Turn out on lightly floured surface and divide in two halves; cover with damp cloth and let rest 10 minutes.
Shape each half in loaf and place in loaf pans; cover and let rise until near top of pans.
Bake in preheated oven at 350F degrees for 50 minutes or when tapped they sound hollow.
Cool before cutting.