What is allspice? Also known as myrtle or Jamaica pepper, allspice comes from the unripe, dried fruit of the Pimenta dioica tree which grows naturally in Central America, southern Mexico and the Greater Antilles. Sometime in the early 1600's, English explorers named it "allspice" because of its unique blend of flavors--cloves, cinnamon, ginger and nutmeg. It is an aromatic spice also and exudes a strong pleasant scent in the wild. 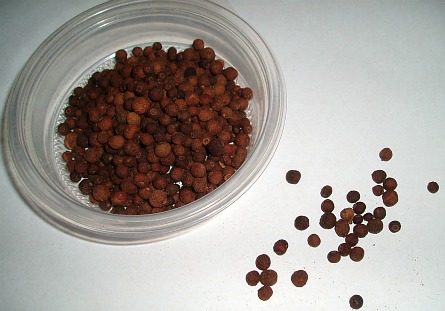 Native to the Western Hemisphere, allspice berries grow in evergreen trees that now constitute vast plantations in Central America. However, the highest quality allspice is produced in Jamaica where the soil and climate allow the tree to flourish and generate extremely delicious fruit which resemble brown peppercorns after being dried. An allspice seed is considered thoroughly dried when you can shake the berry and hear the seeds rattling in them.

After it has been dried, allspice berries keep well in airtight containers and away from light. However, once the berries have been ground in a coffee or spice grinder, this spice will rapidly lose its rich flavor.

What Is Allspice Used For in Medicinal Tonics?

Allspice contains eugenol, a chemical that is also found in clove. Eugenol is used as a flavoring, in perfumes and as an anesthetic and antiseptic. When blended with zinc oxide, eugenol produces an element dentists use as a prosthodontic and restorative application. Other health issues that may be alleviated by using allspice as a poultice or tonic are:

Allspice makes a delicious cup of tea when you take one teaspoon of ground allspice and steep it uncovered in one cup of boiling water for around ten minutes. For muscle aches or arthritis, allspice oil should be rubbed into the affected area until soreness is gone. However, because allspice contains eugenol, care should be taken when measuring amounts of allspice that are meant to be consumed as a medicinal tonic, as too much eugenol may result in vomiting. Also, being aware of what is allspice and its affects because of eugenol is important in order to avoid allergic reactions.

What Is Allspice Used For in Cooking?  How to Substitute for Allspice?

Allspice is such a versatile spice that it can be used in just about any kind of food--meats, vegetables and desserts. As a result of its usability, allspice is a great substitute for clove, cinnamon and nutmeg and can be easily created by mixing two parts cinnamon and clove with one part nutmeg.

Steep raisins in hot water until they are plump, then drain them thoroughly.

Then line a large pan with foil and preheat the oven to 350 F degrees.

Whisk dry ingredients (everything except confectioner's sugar) together then make a well in the center to add the applesauce, oil and eggs.

Blend everything well and fold in the raisins before pouring the mixture into the pan.

For the icing, beat the cream cheese until it is smooth then add vanilla, powdered sugar and lime juice.

Thin the frosting with milk if needed.

Find out what is allspice in this delicious pumpkin cheesecake.

Beat together cream cheese and sugar.

Add and blend in eggs, flour, spices, salt and pumpkin.

Pour mixture into prepared pan; bake for 1 ½ to 1 ¾ hours and set in center.

Let set on rack in pan to cool completely.

To serve garnish with maple syrup and walnuts; serves 12.

What is allspice? Try it in this fruit and nut pie.

Beat yolks and sugar until light and lemon colored.

Stir in butter, vinegar, nuts and raisins; set aside.

Knowing what is allspice and about all of its useful properties can readily accommodate many health issues along with a variety of your culinary needs.