What is anise? As a flowering plant native to Mediterranean areas as well as southwest Asia, anise has a unique and potent flavor which has been compared to that of licorice or fennel. Anise is an annual plant which can grow up to three feet tall and bare long, broad leaves near the base of its stem, while leaves sprouting higher up are fern-like and feathery. Small, white flowers form thick umbels that spread from the center of the stem; seed pods referred to as the fruit of the anise plant are oblong and called "aniseed".

Anise is cultivated in gardens when people want to attract butterflies, since anise is utilized by the larvae as food. These plants also thrive in fertile, well-drained soil where there is plenty of sunshine. Seeds are planted as soon as spring remains warm, but do not survive transplantation well because seedlings have a taproot, which is a kind of single root which descends vertically and has branching, lateral roots. 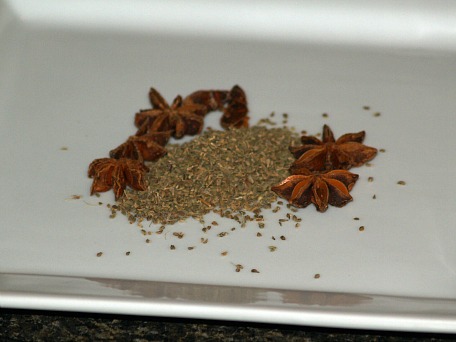 What is Anise? Star of Anise and Anise Seeds

What Is Anise Spice?

Anise is used in many drinks, candies and other foods to impart that oddly delicious licorice-like taste it contains. It is the essential oil of anise called anethole which is the component primarily contributing to the strong flavor. Spices such as anise have elements that vary depending on where they come from and how they are cultivated. In anise, these components are:

Because anise provides a variety of ingredients, it can offer many uses in addition to flavoring foods and providing aromatic oils which have been used in cosmetic and medicinal elixirs.

Anise tea is used to sooth digestive problems as well as bloating and gas pains by crushing the seeds and stirring them in a cup of hot water. For centuries, anise has also been consumed for cough and cold relief because the seeds are known to contain an expectorant which clears congested lungs. A syrup can be made instead of tea for respiratory infections in which honey is substituted for water. For pain, a warm cloth soaked in anise tea is applied to the area until pain is gone. In addition, an old remedy for insomnia involves putting a couple of anise seeds in a glass of hot milk, letting it steep, then drinking it slowly before lying down.

Like caraway seeds, anise seeds make an effective breath freshener when thoroughly chewed. It is also a favorite of fisherman, as smearing some anise oil on bait is known to attract certain kinds of fish.

Anise gives dishes a startlingly delicious flavor which provides a delightful enhancement to the original taste of the food. Anise can even be used in fruit salads:

Blend water, sugar, aniseed and lemon juice in a saucepan over medium heat.

After bringing it to a boil, reduce the heat and cook uncovered for about 40 minutes.

Remove the pan and cover, allowing it to cool at room temperature.

In a separate bowl, mix all of the fruit and pour aniseed mix over the fruit.

Toss until all pieces are coated then chill for one hour.

Prior to serving, add the bananas and strawberries and garnish with kiwi.

What is anise when making bread?

Combine in a large bowl the honey, oil and scalded milk; cool to lukewarm (About 112F degrees).

Dissolve yeast in warm water about 5 minutes; combine with the warm milk mixture.

Gradually add the rye flour and 2 cups of the all purpose flour beating thoroughly.

Add remaining flour and anise; turn out onto a lightly floured surface and let rest 10 minutes.

Knead dough until smooth and elastic; place in a greased bowl turning to coat all sides.

Cover and place in a warm place to rise until double in bulk about 1 hour.

Punch dough down and let rise again about 1 hour.

Divide in to loaves; shape and place in greased loaf pans.

Bake 45 to 50 minutes until loaves sound hollow when tapped.

What is anise? For people who love anise cookies, nothing can replace that unique taste.

Combine together flour, sugar, baking powder and salt in a medium bowl.

Divide dough in half; roll each half on a floured surface to a 9X5 rectangle about 1/8 inch thick.

Brush with half of beaten egg; sprinkle with colored sugar.

Bake 8 to 10 minutes until light brown.

What is anise can be answered by being aware of and understanding its versatility and how it can benefit your health issues in a holistic and natural way.