What is bulgur? As a grain created from a variety of wheat species, bulgur is a staple in the Middle Eastern diet, as well as in Greece, Armenia, Turkey and Bulgaria. Processing of bulgur consists of cleaning, parboiling, drying and then grounding it into fine particles. In addition to being versatile and healthy, bulgur can spend a long time on a shelf without deteriorating.

Knowing exactly what is bulgur means you will not mistake it for cracked wheat; bulgur has been pre-cooked, whereas cracked wheat has not. It possesses a tasty, nutty flavor and can be consumed after a short period of cooking or after it has been soaked in broth or water. 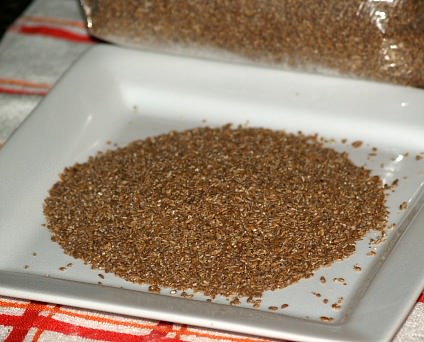 Grains like bulgur contain minerals and vitamins which our body needs to continue functioning properly. In comparison to rice, bulgur contains more protein, fiber and a reduced glycemic index. Bulgur also imparts a good amount of dietary fiber, potassium and iron and is low in fat.

Bulgur can also be considered a substitute for potatoes since it supplies the body with phytonutrients. In addition, it also provides manganese, a mineral necessary for good bone health that is found in healthy amounts in grains. What is bulgur or any other whole wheat grain without the positive benefits of fiber?

How to Cook Bulgur

As one of the easiest grains to cook, bulgur can give you a last minute boost to a meal that needs another quick side dish. If you already have bulgur that has been grinded, just add boiling water to the bulgur and wait for around five minutes until the wheat has fully absorbed the water. Bulgur can also be prepared to eat by using unheated water and letting it sit for about one hour.

However, remember that bulgur wheat has the ability to double its size after soaking in water, so one cup of bulgur wheat will yield three cups of edible wheat. One issue people may encounter when cooking with grains is this capacity to expand when exposed to moisture, which sometimes results in having leftover grain.

Besides being versatile enough to act as a substitute for meat in vegetarian recipes, bulgur can also be used to make bread, or used as stuffing for eggplant and cabbage. It also works well as a healthy meat extender, whether used in meatloaf or stews.

In a skillet, sauté the onions, parsley and celery in 1/2 cup of butter. Add bulgur and the rest of the butter, mixing until it is all blended and slightly brown. Reduce heat and slowly add the bouillon. After the ingredients begin to boil, lower the heat and simmer with the lid on the skillet.


Do not lift the lid until the wheat has absorbed all of the liquid, which usually takes around 35 minutes. This is great with stroganoff or when you need a potato substitute.

What is Bulgur Called in the Middle East?

Cultivated in the Middle East, bulgur is known by a variety of ethnically-oriented names, such as "berghol" or "boughol". Originally an Armenian name, bulgur was introduced to other Arabic countries and was initially used as a preserver of wheat because pre-cooking the grain caused minerals to move to the core of the grain. Bulgur is used in many dishes in Turkey, such as kisir, a bulgur salad resembling tabbouleh, with tomatoes, red peppers and onions as frequent ingredients.

HOW TO MAKE TABOULI 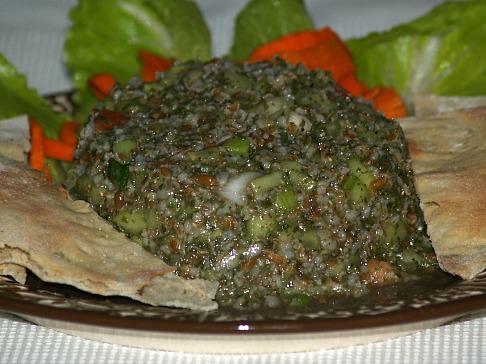 How to Make Tabouli

If learning about what is bulgur, try this delicious recipe for tabouli and see how good it is.

Rinse and drain bulgur; cover with boiling water and set for 1 hour.
Rinse with cold fresh water and drain; squeeze out liquid.
Add all ingredients except for lettuce; stir to blend.
Cover and refrigerate at least 1 hour.
Serve on bed of lettuce or wrapped in lettuce leaves.
6 to 8 Servings

When you learn what is bulgur you will find it goes great in casseroles.

Cover skillet and simmer until eggplant is tender about 20 minutes stirring occasionally.

Beat cream cheese and egg in a small bowl with mixer until blended.

Place half of vegetable mixture in greased casserole dish; top with cheese mixture.

What is bulgur when used in pilaf with tarragon seasoning?

In a 3 quart saucepan cook onion, celery, garlic and mushrooms in hot oil about 8 minutes or until tender.

Reduce heat under pan, cover and simmer 15 minutes or until done; serves 8.