What is cilantro? If you have to ask this question, I can only say you have really been missing out! I love the flavor of cilantro; especially when it is fresh. Although coriander is the seed from the cilantro plant and very valuable for seasoning, it is just not the same as cilantro. NOTE: In some countries you will find people referring to cilantro as the coriander plant; in Spanish cilantro is the word for coriander.

This herb is not one that I grew up using or eating; as I often relate, my kitchen staples were limited to what could be made with the meat we raised, the vegetables we grew, flour sugar, milk and eggs. Cilantro did not exist in this list so I never knew what it was even though it is dated back to ancient times.  No one that I knew ever used it in their cooking but this could be that most of us came from a German background which did not include cilantro.

What is cilantro and its history?  Cilantro has its ancient “roots” in the Middle Eastern countries. In ancient Hebrew cooking for Passover the root of cilantro was used as the bitter herb. From these areas, the use of this herb spread throughout Europe. The seeds of cilantro (or coriander seeds) were brought to our New England colonies in the sixteen hundreds. 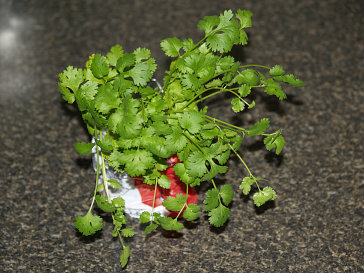 What is cilantro used for? All parts of the cilantro (or coriander) plant are edible. The fresh cilantro leaves and the dried coriander seeds are the most common in cooking. Both of these are so valuable to me and I try never to be without. The coriander seeds have a long shelf life so are easy to keep on hand. Fresh cilantro is not so easy; I purchase several bunches at a time and throw into the freezer breaking off what I need for a recipe. This works very well supplying me with that fresh taste which I love. I also keep on hand the dried cilantro; for emergencies when I run out of the fresh, I rehydrate the dried to provide a fresher taste.

What is cilantro used for in various cuisines? Although cilantro is said to grow wild in some parts of the world like the Near East and Southern Europe, I find those recipes generally use the coriander seeds and not fresh cilantro. I have read that the fresh leaves are used in salads and chutneys from India and in many Chinese and Russian recipes but my recipes only contain the seeds. I mostly use fresh cilantro in my Central and South American recipes and it is a “must” for those recipes.

What is cilantro? I cannot imagine guacamole without cilantro. Do this little experiment and then ask yourself what is cilantro. Make this recipe for guacamole and divide it in half; leave one half plain and to the other half add the cilantro. Let it set in the refrigerator several hours and taste both halves; experience the added flavor from the cilantro. 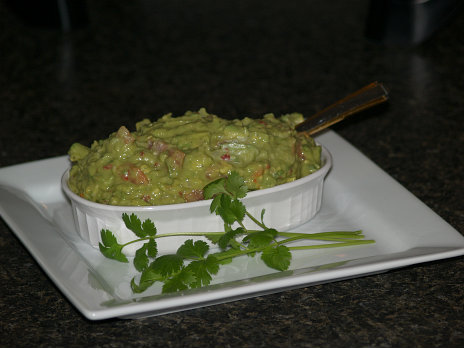 What is Cilantro in GUACAMOLE RECIPE

NOTE: If you want to do the test, divide mixture in half before adding cilantro; add only half of cilantro to half of mixture.

I have read many people describing the taste of fresh cilantro from lemony to unpleasant; for me it is an unbelievable wonderful flavor that you cannot get from anything else. I will tell you that there are different qualities when purchasing from the markets; I try to select bundles with a great smell. It is best if you can raise your own.

What is cilantro and the health benefits? Like almost all of the herbs and spices, there are many health benefits for adding them to your diet. Here I am touching only on the fresh cilantro. These fresh leaves offer strong supply of antioxidants which have been found to help fight diseases. The antioxidants also help to preserve dishes in which the cilantro has been used.

The fresh leaves of cilantro have been found to contain valuable oils, fiber, vitamins and minerals like iron, potassium, calcium and magnesium. It helps in the function of the heart, blood and entire body. Being rich in Vitamin K, it helps to maintain healthy bones; the Vitamin A content helps to protect the lungs. Regular consumption of cilantro has been found to help lower cholesterol, lower blood sugar and help to destroy viruses and germs relating to the common cold. 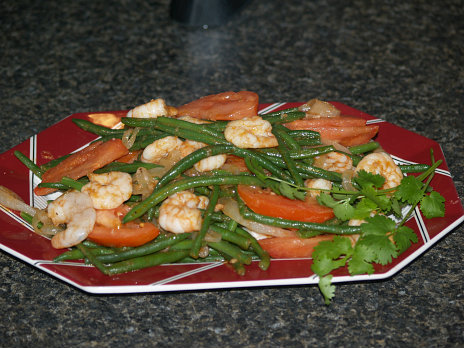 What is cilantro? In this recipe from Saudi Arabia, we are using the cilantro seeds (or coriander). 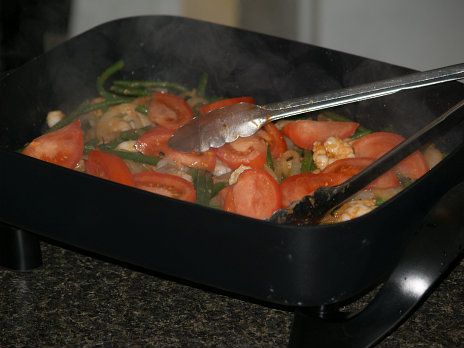 What is cilantro? Fresh cilantro and a few other ingredients like sausage links, pepperoni and ham turn this recipe from Venezuela into a deliciously flavored beef stew.

Cook bacon until crisp in a Dutch oven; drain and set aside.
Reserve drippings in Dutch oven; coat steak pieces with flour.
Brown steak in hot drippings; drain off fat.
Add next 13 ingredients; bring to a boil, cover and simmer for 1 hour until meat is tender.
Add potatoes, onions and carrots; cook 25 to 35 minutes more.
Add peas last 5 minutes; skim off fat if necessary.
Sprinkle with bacon to serve; 10 servings.