What is Cream of Tartar?

WHAT IS CREAM OF TARTAR? This is a very common question which I get.

WHAT IS CREAM OF TARTAR? It is hard for me to admit at this time in my life that as a young cook, I totally overlooked this important ingredient. I say “overlooked” but I completely eliminated it from my kitchen, thinking it was an unnecessary element. Even in recipes that specified “cream of tartar”, I cut it out. What was I thinking?

WHAT IS CREAM OF TARTAR? As far back as I can remember Mom always kept a tiny can of cream of tartar in our cabinet. I do not remember anything which she used it in but I do know she had a purpose for buying it. Back then if you did not have a specific need, you did not buy it. You never need a lot of it in a recipe so a small container is enough for most baking. It is beyond my thinking why I never gave this super ingredient a chance. What is even more unbelievable is that most cookbooks, food magazines or any of my collection of food articles never emphasized the importance of cream of tartar. 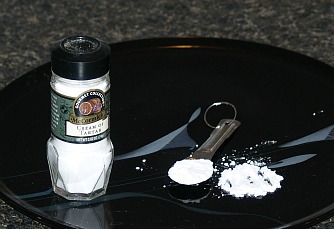 What is Cream of tartar?

WHAT IS CREAM OF TARTAR? Cream of tartar, scientifically called potassium hydrogen tartrate or potassium acid tartrate, is a byproduct of winemaking. This buildup of crystals from winemaking was discovered over seven thousand years ago. Then in the mid seventeen hundreds a Swedish chemist founded the present process of manufacturing cream of tartar making it one of the oldest forms of leavening. Baking powder and baking soda did not come along until later in the nineteenth century.

WHAT IS CREAM OF TARTAR? The process of making cream of tartar starts with scraping the buildup from the barrels, air drying, drying it in a very hot furnace, purifying and then grinding it into a fine white powder. Half of the powder is mixed with sulphuric acid and the other half is mixed with carbonate soda; then the two are blended together. The mixture has no odor or taste making it adaptable to any recipe you choose to use it in.

WHAT IS CREAM OF TARTAR? How is it different from other leavenings? Cream of tartar is in the same family as baking powder and baking soda. Yeast is a whole different ballgame (so to speak). Yeast has its own flavor and technique of mixing or kneading; we will set that aside and talk about the other leavenings.

How to use Baking Soda? Baking soda or sodium bicarbonate leavening reacts with acidic components in batters like buttermilk, sour cream, yogurt, lemon juice, vinegar and cocoa powder. It needs this acid to enable its leavening power to release.

How to use Baking Powder? Baking powder doesn’t need acidic ingredients to enable the release of its leavening power like baking soda. Baking powder comes in fast acting and slow acting. The fast acting begins the leaving as soon as liquid is mixed with the dry ingredients; while the mixture is still cold. The slow acting needs heat to start the leavening release as when it is placed in the oven. Today we have available the double acting baking powder. With this there is a start of the leavening power when the liquid and dry ingredients are mixed and again when it is placed in the oven. I only use double acting; if recipe doesn’t specify, use double acting.

WHAT IS CREAM OF TARTAR? and How to use Cream of Tartar? Cream of tartar has its own role in cooking; often it is added along with baking powder and baking soda or by itself. It is especially important when beating egg whites for meringues or cakes like angel food.  It helps to build and hold the volume of the whites which in so important in these recipes; especially during the heat of the baking process. Generally 1/8 teaspoon is added for each egg white.

A little cream of tartar added to whipping cream helps with the stabilization. The volume is greater and it helps to maintain the smooth delicious texture. I often whip cream and keep in the refrigerator for regular use as garnish of desserts. The added cream of tartar keeps it bulky instead of “weepy”.

WHAT IS CREAM OF TARTAR? As I said earlier, I never even asked myself this question when I was young. I simply left it out of all my recipes. One such recipe was for baking powder biscuits which as of now I have made for fifty years. One day, for some strange reason, I decided to add the cream of tartar back into the same recipe. I was really surprised at the difference that little bit made in my biscuits; they were so light and tall and so delicious. Since that day, which now has been many years, I have made that same recipe with the cream of tartar added. I have also added it into other recipes especially anything made with egg whites.

Measure flour, sugar, baking powder, salt and cream of tartar; sift in bowl.
Cut in shortening; add enough milk to form dough.
Turn dough out on lightly floured surface and knead for a few minutes (for rolling consistency)
Roll out to ½ inch thickness; cut with biscuit cutter and place on greased baking sheet.
Bake in preheated oven at 400F degrees until golden brown; about 12 to 15 minutes. 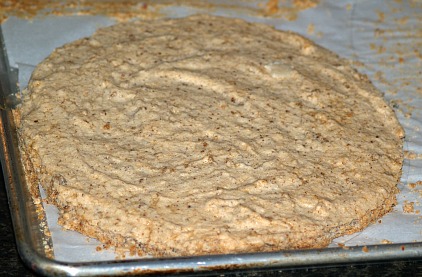 Beat whites until foamy; beat in salt and cream of tartar.
Add sugar while beating 1 tablespoon at a time; then add powdered sugar the same way.
Beat mixture until it won’t drop from the beaters.
Shape shells on a lightly greased wax paper.
Bake in preheated oven at 275F degrees for 20 minutes.
Turn oven OFF and let set in oven for 15 minutes longer.
Set out to cool and remove from pan.
These are great filled with fruit and whipped cream or custards.